The legend has agreed to compose music for Love and Love Only. This is his first English project.
What happens when an Indian student in Australia falls in love with a local classmate? This was the question Julian Karikalan wished to answer with his film Love And Love Only. Well appreciated on the festival circuit, the film takes a look at how perceptions of love differ across cultures, and was influenced by the director’s own perspective as an Indian living in Australia.
While shooting the film on a limited, self-funded budget was tough, one of the biggest moments for Julian was when the legendary Ilaiyaraja agreed to compose the music for Love And Love Only. This is incidentally the first time the music legend has composed for an English language film. 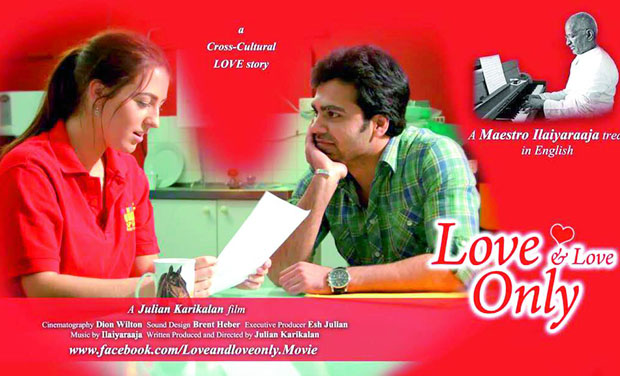 A still from the film
“I have always been a huge fan of his work and have tried to see him from a distance, many times, as a fan. But I never got to do that. So the first time I saw him in person was as a producer/director having a one-on-one conversation! He was very down-to-earth, but I still had a kind of fear, out of respect for him, whenever he was around,” says Julian.
Working with the maestro, he also got a chance to document the whole process! “Fortunately, he gave me permission to film the process, and I did most of it. He finished the whole background... He himself played the keyboard for the whole film,”
The film is expected to release by the end of this year.
...
Tags: music, australia, entertainment, ilaiyaraja