Smita and I could never be friends: Shabana Azmi

“I first saw her in an FTII diploma film directed by Arun Khopkar — I think it was called Teevra Madhyam. There was a long shot in which she was playing the tanpura. I was struck by her raw beauty and the stillness she exuded. She was born for the camera.

“A few years later I met Smita Patil on the sets of Shyam Benegal’s Nishant. It was a difficult part for one as young as her. In the film her husband, played by Naseeruddin Shah, gets enamored by my character Sushila, kidnaps her and brings her home. Smita smolders in jealousy, anger, hurt and rage but doesn’t say anything. Her face expresses it all. It is clearly an antagonistic relationship between the two women.

“I had the privilege of working with Smita in Nishant, Arth, Mandi and Oonch Neech Beech, in roles far removed from each other.

“We had so much in common; we came from similar backgrounds, were launched by the same director, had similar aesthetics and worked in the same kind of cinema. Today in public memory, Smita and I are so closely bonded together that I feel I could well be Shabana Patil and she Smita Azmi! She had a short career span and yet 29 years after she passed away parallel cinema in India will never be mentioned without Smita Patil’s name emblazoned in golden letters. 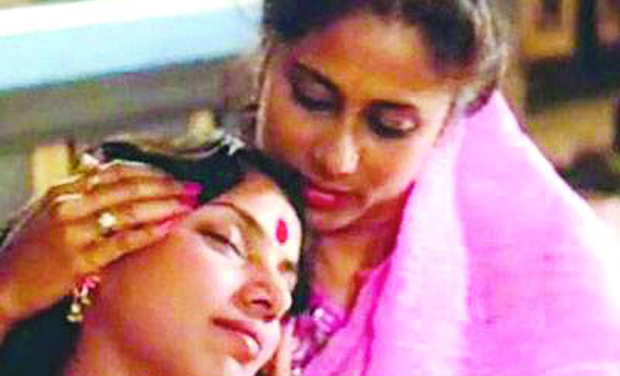 Smita Patil and Shabana Azmi had worked in many movies together
“Alas! We could never be friends. The rivalry between us, some of it manufactured by the media and some of it real, caused friction. I’ve said this before and I acknowledge it again that I have been guilty of making uncharitable remarks about her and I regret it. There were efforts at reconciliation and we were able to maintain civility but it never turned into friendship.

“But at no point did that spill over to our families. Smita was a star by the time she did Sagar Sarhadi’s Bazaar and obviously she was given the best room in the hotel. My mother, Shaukat Kaifi, was doing a small but significant role in the film. When she joined the unit in Hyderabad two weeks later, Smita insisted on giving up her room for my mother and quietly shifted into a smaller room. It was only later that mummy realised what Smita had done and protested but Smita would have none of it.

“I would marvel at the panache with which she drove a jeep from Bombay to Delhi with only a girlfriend for company. She rode a motorbike like a professional and played volleyball like a champion. She was ‘one of the boys’ on the sets of Mandi. But she was also very feminine and deeply traditional. I think it’s these contradictions that were both her strength and her weakness.