Vikas Jagetiya
Even as the Digital India movement takes off in several sectors of our transport infrastructure, the Indian Railways — ferrying up to 50 crore people each year — is in dire need of a technology boost. Because even as we fire off satellites into space, remember, your pensioner neighbour is still relying on torn, wet “charts” to find out if he or she has managed a seat.
A possible solution to the problem comes in the form of an app — Omitra, by former NIT Warangal student, Vikas Jagetiya and Sri Hari Kosulu, whose father was a ticket collector.
Travelling from Bhilwara in Rajasthan to Hyderabad last year, Jegatiya witnessed the various problems he and fellow passengers were facing, from delays and shuffling of seats. And today, he claims to have found a solution by creating a virtual assistant for passengers — sort of like a chat platform just for rail passengers. Omitra currently has over 25,000 users logged in. “Omitra has two aspects — one that connects passengers using just their PNR numbers and second, it gives live updates on the trip,” adds Vikas. 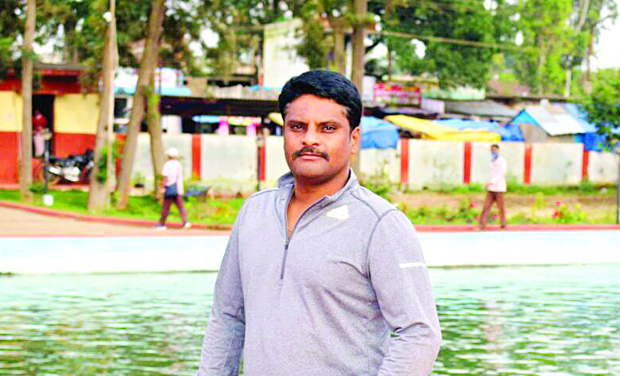 Sri Hari Kosulu
All one has to do is sign into the app with their phone numbers and each time they travel, they have to share their PNR numbers. The app automatically creates a “chat group” for people on the same train. “But the phone numbers aren’t shared. Profiles of women passengers, too, aren’t shared unless there’s a direct chat request from a woman.”
The app also gives you live updates about delays and platform numbers too. “A lot of people are usually on the waitlist, so everytime there is a change in their status, they will get a notification,” adds Vikas.
Be it a 10-year-old or a 60-year-old, the app can be easily accessed by all. The app also has real-time tracking.
“The app has an auto alarm. So the alarm will ring 30 minutes prior to your arrival the alarm will ring. And if there is a delay, the alarm will be automatically adjusted,” says Vikas. “I was studying at NIT Warangal and the train would pull up at the station around 4 am. So after 12 in the night, I wouldn’t be able to sleep,” he says.
Vikas also had to go for trial journeys to check out the app. “I travelled for more than 10 times from Hyderabad to Nagpur just to check the app. And then, I would also talk to people at the station for feedback,” he says.
AN MMTS extension
Keeping safety in mind, the duo also came up with the Rishta app which is for local train travels. “While travelling, if there is a dangerous situation, one can just press the help button on the app and at the next station guards will come in to help. We are working with South Central Railways and RPS Secunderabad to also include this feature nationally,” he says..