This October 2015, being Breast Cancer Awareness Month, will witness important landmarks around the world illuminated in bright pink light

Breast cancer is the most common type of cancer that affects women all over India, according to the Breast Cancer India website. This October 2015, being Breast Cancer Awareness Month, will witness important landmarks around the world illuminated in bright pink light.

Statistics by the World Health Organisation show that in the year 2012, an estimated 70218 women died in India because of breast cancer, which is more than any other country in the world. This makes raising awareness about the cause, prevention, diagnosis, treatment and cures for the disease all the more important. Mumbai’s Bandra Worli Sea Link will be lit up in pink, the colour of Breast Cancer Awareness, from 9th to 16th of October. 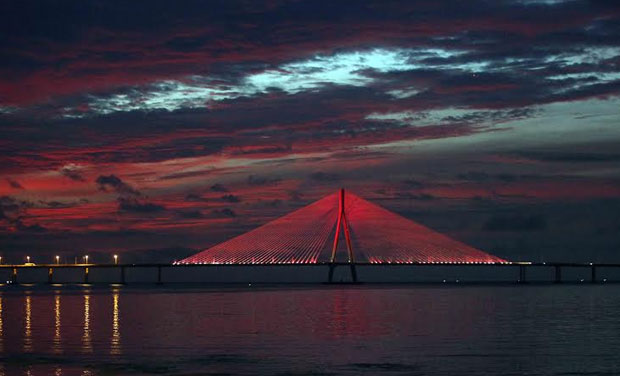 The Bandra Worli Sealink lit up in pink for Breast Cancer Awareness Month.

Other places around the globe which will also be radiant in pink light for the cause are Harrods in the United Kingdom, the Los Angeles International Airport, the Cristo Redenter statue in Brazil, the Empire State Building in New York and the Sydney Opera House. International beauty brand Estee Lauder and transportation network company Uber India have joined hands for this noble initiative.