Team India director Ravi Shastri said the 0-2 loss to South Africa in the three-match T20 series series is a great exposure for the hosts ahead of the next year's ICC World Twenty20. (Photo: PTI/ File)

Kolkata: Team India director Ravi Shastri on Thursday said the 0-2 loss to South Africa in the three-match Twenty20 series is a great learning exposure for the hosts ahead of the next year's ICC World Twenty20. 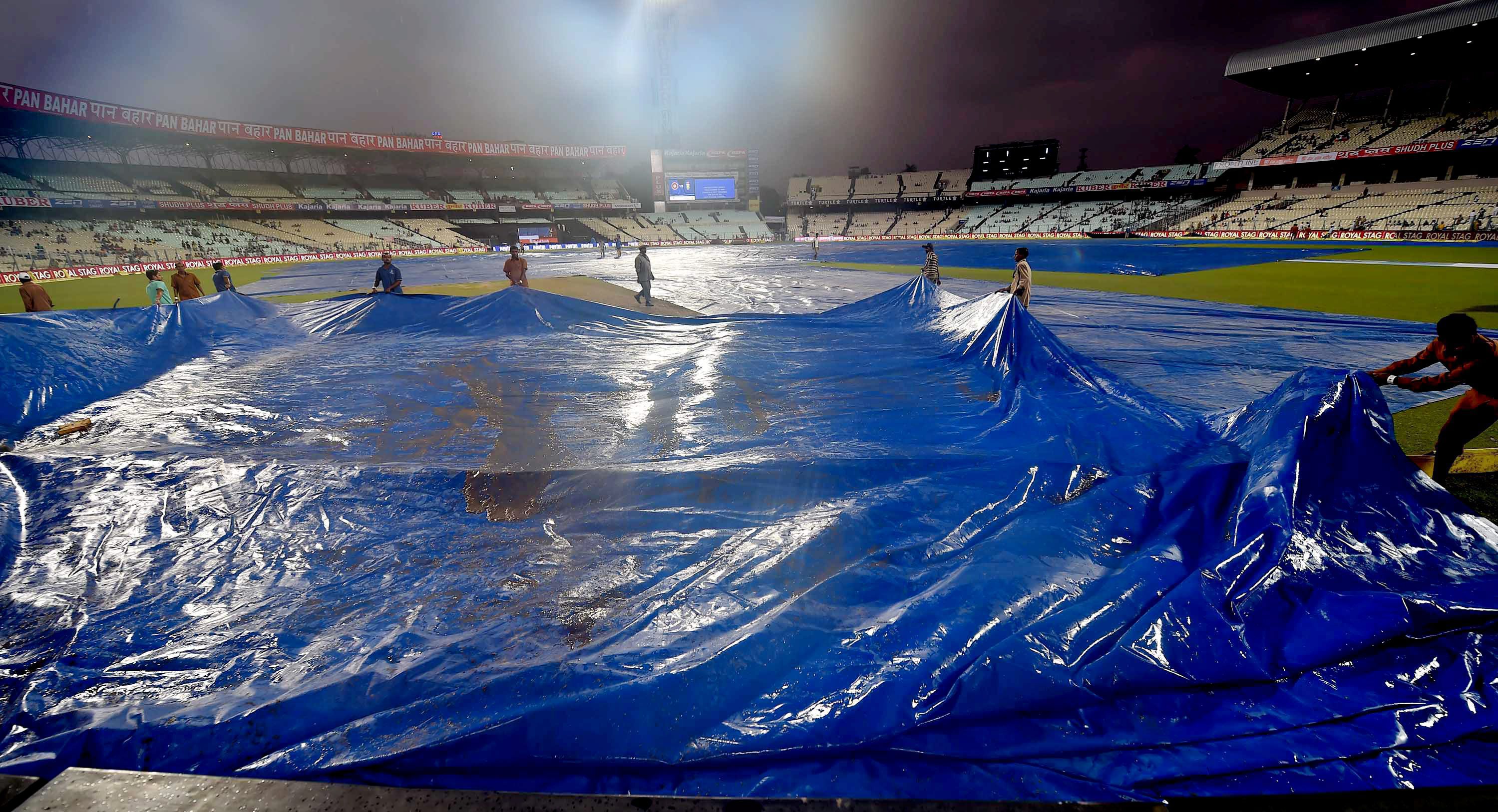 The third Twenty20 between India and South Africa was called off on Thursday without a ball being bowled because of wet outfield as the Proteas clinched the series 2-0. (Photo: PTI)

"I'm disappointed with the result as anybody would be. We play to win. But it's not that it will give me sleepless nights. It has taught me a lot as well going forward into the World Twenty20," Shastri said in the press conference after the abandoned tie.

"First one was close, in the second game we're outplayed. I don't want to give any excuses. As a unit we have played very little T20 cricket in bilateral series."

India lost the first Twenty20 in Dharmasala despite putting up 199, while in Cuttack it was a sorry state of affair as they recorded their lowest total at home, and second lowest overall after being skittled out for 92.

"I would go down to one game really in Cuttack where we could have played much better but we just did not show up. The boys are also disappointed about it. We would have liked to have a full game here. That did not happen. There are a plenty of things to learn," Shastri said.

Shastri blamed the series loss on India's less exposure to the Twenty20 Internationals and said the rubber had helped him to get the combination right.

"It's a work in progress. We have not played T20s. There's a long way to go. It's very good that a team like South Africa have come. They are one of the strongest across all formats," he said.

"It's a young team, we're still figuring out on what will be our best combination, the best way forward. No better preparation than playing a team like South Africa who play more T20 cricket than any other team in the world."

The Twenty20 series is followed by five ODIs and four Tests and Shastri believed Team India would be a much improved side after the South African's 72-day long tour to India.

Cautioning South Africa ahead of the five-match ODI series, Shastri said India would be a far better side in the 50-over format.

"We have had a good look in the two games and know what we can expect of the South Africans. In the One-Day competition we understand our game well. We are far better side in the one-dayers and I expect very good contest over the next month," he said.

Shastri further said they are putting up an effort to unburden Dhoni as it is of great importance to get the skipper back in his elements.

"That will be endeavour. We know what he can do when he starts striking. The world knows. I don't have to say anything," he said.

With six months to go for the World Twenty20, Shastri said form will be crucial to get a place in the team for the showpiece event.

"There is plenty of One-Day cricket coming up. Whole of December till January. We have some Twenty20 Internationals in Australia and then Sri Lanka are coming to India. There is Asia Cup. A lot of Twenty20 cricket will be played. It's a great opportunity to throw the hat into the ring. It could be young or old or anybody, but form will be crucial," the team director said.

With India struggling in Twenty20s, Shastri stressed on the importance to strike the right balance in all the three formats of the game.

"As cricket goes forward and Twenty20 has to survive, you have to strike the right balance. If you see the amount of bilateral series India has played in Twenty20 is much less than anyone in the world.

"The last time we played was a one-off Twenty20 game when I had taken over the team (India played two T20Is in Zimbabwe after that but Shastri didn't travel for the tour)," he said.

"One year down the line and we have just two more matches. It's not the fault of the Board (BCCI). There is so much of other cricket being played. Going into the future, when you are trying to balance things it might be the way forward. Like in Australia, there are five ODIs and then we play three Twenty20s. Then Sri Lanka come for three matches, and I don't know where the Asia Cup will be played, but the conditions will be similar," Shastri said.

Asked whether India was holding Amit Mishra for bigger assignments, Shastri said: "There is a lot of cricket being played, so you have to use your bowlers sparingly and see where they can give you the maximum profit, if they play. The amount of cricket that is being played, you need to take care of your bowler as well."

India captain Mahendra Singh Dhoni talked about someone taking up the responsibility at No. 6 slot and Shastri too said that the batting position is of great importance.

"We are very keen to see the December month when all the One-Day competitions are scheduled. The No.6 position has a different role in 50-over cricket, but an extremely important role in T20 cricket. The team that goes on to win the World T20, you will see their No.6 batsman could be a very crucial player. The whole December and January month will be watched closely," he concluded.