India to play for pride in dead rubber against South Africa

India need to set the team composition right as they look to restore pride and prevent South Africa from recording a clean sweep when the two teams clash in the third and final Twenty20 International at Eden Gardens on Thursday. (Photo: BCCI)

Kolkata: India need to set the team composition right as they look to restore pride and prevent South Africa from recording a clean sweep when the two teams clash in the third and final Twenty20 International, here on Thursday.

The series was done and dusted in Cuttack after India's humiliating six-wicket defeat as South Africa sent the hosts packing for their second lowest total of 92 in a match which was interrupted twice due to unruly crowd behaviour.

India had suffered a similar result in Bangladesh in June when they lost two ODIs on the trot before conceding the series 1-2 in their first-ever series defeat to the hosts.

The Eden T20 may have been rendered inconsequential but it would be of great importance for India skipper Mahendra Singh Dhoni, who would look to get into a winning momentum before the five-match ODI series against the visitors.

For this to happen, Dhoni may have to let go his preferred picks in Ambati Rayudu and Axar Patel in favour of Ajinkya Rahane and Amit Mishra.

Dhoni's selection of Rayudu ahead of Rahane, considered one of the best players of the format, has come under severe criticism.

There is a strong possibility that the elegant right-hander will be included to lend a stability to the side especially after their Cuttack collapse.

The Eden strip is expected to be a spinner's paradise, and India must capitalise by curbing the South Africans strokeplay on a surface which may not be conducive to batting. In such a scenario, Mishra seems to be a better bet but it remains to be seen whether Dhoni, who considers the wrist leg-spinner to be slower in the air, picks him ahead of Patel or Harbhajan Singh.

The biggest positive for India has been Ravichandran Ashwin who has troubled the South Africans, and bowled out the danger man, AB de Villiers, on both the occasions this series. 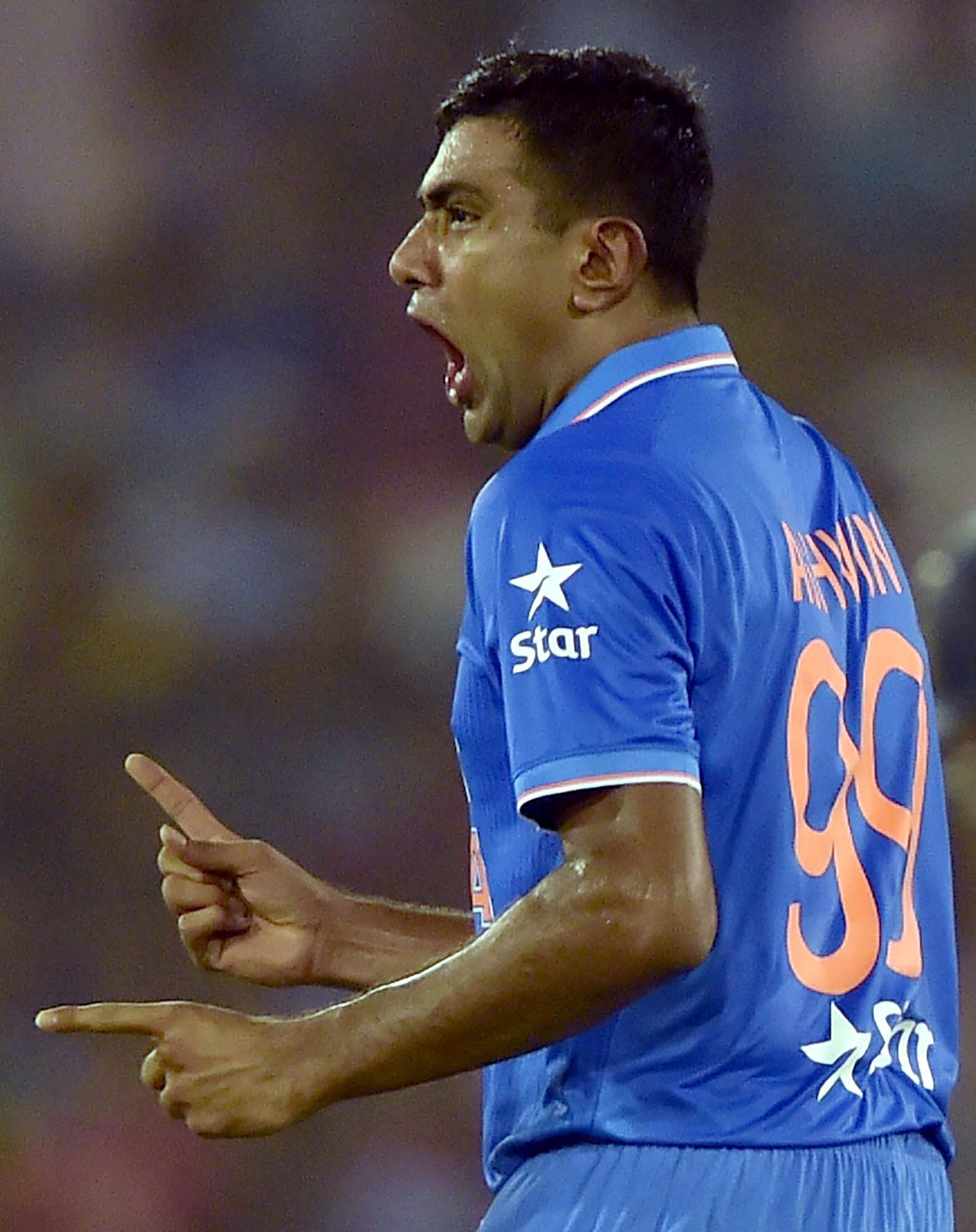 Dhoni will once again look up to his Chennai Super Kings teammate Ashwin who will pose a threat to the spin-wary Proteas. (Photo: PTI)

Despite being the most successful Indian skipper, with a World Twenty20 title, 50-overs World Cup and also Champions Trophy triumph to his credit, a certain section believes that days are numbered for the 34-year-old.

The latest defeat to South Africa had added serious pressure on Dhoni, once considered the king of the limited overs format. Though there's absolutely no doubt about his fitness, Dhoni's stroke-making skills have started to elude him, something that's evident in the slide of his strike-rate.

At Dharamsala, when it was expected that India would post around 220 after Rohit Sharma and Virat Kohli's 138-run partnership in 72 balls, India managed just 41 runs from last five overs with Dhoni in the middle.

It was worse in Cuttack where the top order failed to give a start and the lower order, with Dhoni at No 6, failed to build a partnership.

The visitors on the other hand have so far persisted with one specialist spinner in Imran Tahir, and JP Duminy doing a part-time role.

Duminy along with David Miller may play an extended role in bowling if Faf du Plessis opts for the same attack that outdid India in their home conditions.

The Proteas have another option in legspinner Eddie Leie but it remains to be seen whether Faf risks him for the Eden T20.

"It was amazing to see all bowlers putting up a fantastic show. I think possibly it's the best bowling performance I've seen ever in T20Is," Faf du Plessis had said.

The inclusion of Albie Morkel, who secured his best performance in T20I with 3/12 in a twist of fate to his sagging career, was a masterstroke.

The raw pace and aggression of Kagiso Rabada, Morkel's experience and Tahir's magic will once again play a key role in their aspiration of making a clean sweep.

The Indian captain will be under a lot of pressure to not only perform himself but also lift the team.