Areeb Majid was planning a suicide attack in India, claims IS Twitter handle

"Areeb was very happy with his work in serving Islamic state as a civil engineer," the account tweeted. (Photo Twitter)

Mumbai: Areeb Majid, one of the four Thane youth who had travelled to Syria and later returned to the country only to be nabbed by the NIA, was planning a suicide attack in India, new tweets claimed on Wednesday. The tweets are believed to be put up by Fahad Shaikh, one of the three other men who travelled with Areeb, using the twitter handle @spamci17.

The chain of tweets claim to expose the truth about 'Areeb Majeed, Indian IS Martyrdom operator', and gives a new angle to Areeb's return, including a number of new images that show him in Syria.

Explaining "Why Areeb Majeed go back to india?",  the tweets read that he was working with the ISIS as a civil engineer and wanted his family to carry out hijra (religious migration), which his father agreed to.

Areeb was apparently happy with his work as a civil engineer, but he decided to return to India after his sister called him to inform that she was abused by the police.

"Areeb decided to go back India and perform a martyrdom operation on police headquarters. But going back india He found all it was planned by his family member to bring him back. His family deceived him. what a disgusting family."

Concluding that Areeb's big mistake was constant communication with his family, the twitter account also claimed that Areeb had earlier attempted suicide bombing four times. And it was because of the shoulder injury that he sustained on his last attempt that he took up the work of a civil engineer in Syria.

Meanwhile, the Indian express quoted his lawyer as claiming that the case was in Areeb's favour, and that the tweets were an attempt to “sabotage” his client’s case. "It could either be the handy work of someone unhappy with Areeb’s return to India and cooperation with police, or by someone to sabotage Areeb’s case or scuttle his chances of securing bail," his lawyer Abdul Wahab Khan said. 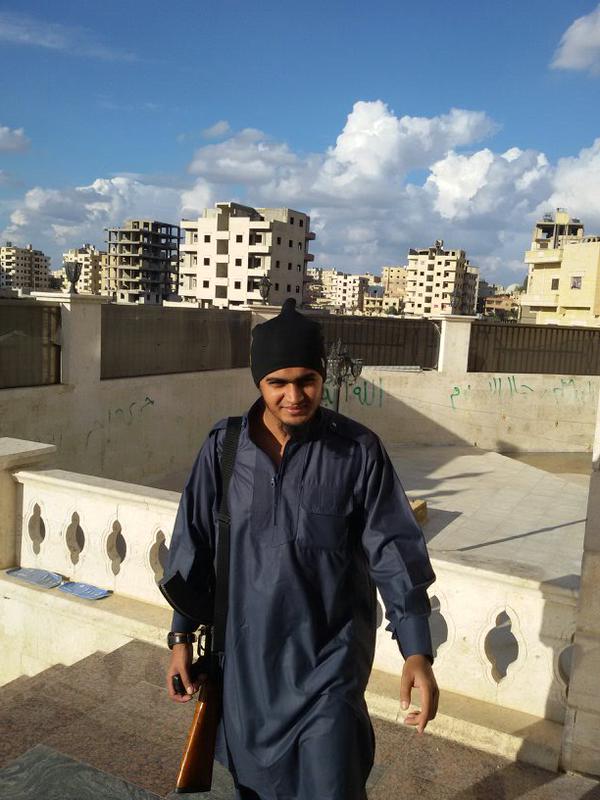 According to NIA, Areeb 'sneaked into the country' and was apprehended at the Mumbai airport meanwhile his mother, Raziya, had earlier claimed that “the government put him in an aircraft, to be flown back to the country (from Turkey)”.