Shreekant Sambrani
The writer taught at IIM Ahmedabad and helped set up the Institute of Rural Management, Anand. He writes on economic and policy issues.

Book Review: Art of being scathing and Sarcastic

The Patels of Filmindia: Pioneers of Indian Film Journalism

First things first. All of us, terminal addicts of Hindi Golden Oldies, owe a huge debt of gratitude to Sidharth Bhatia for this wonderful fix. Sixty years ago, I used to wait eagerly for my father, an avid movie buff, to bring home monthly copies of Filmindia, costing (I think) six annas (37 paise), not exactly cheap in those pre-decimal coinage days — a practice he continued even after he started buying the Bennett Coleman fortnightly Filmfare at the same price. I read them both and gawked at the pictures, my rudimentary familiarity with English notwithstanding. I didn’t catch most of the nuances of Baburao Patel’s acid pen in Filmindia, but understood enough to realise he was scathing and sarcastic on most matters, be they films, stars and their shenanigans, or some other social happening. And I looked forward to more every month.

Bhatia brings all that and more to life in this marvellous little (in terms of length) tome. As the title says, the book is about the Patels, Baburao and the love of his life, his third wife, the multi-talented Sushila Rani. But let’s face it, the star of the show is Baburao, as he was in most of his chequered life.

He was many things: the owner-editor of India’s first film magazine who wielded as much power in Bombay filmdom as Hedda Hopper (snidely called Hedda Chopper for her ruthlessness), and her arch-rival Louella Parsons together did in Hollywood then; a notorious ladies’ man with three marriages and countless affairs; a producer-director of modest talent, but with delusions of grandeur; a political maverick who became a member of the Lok Sabha (1967-71) with the support of the then Bharatiya Jana Sangh; a staunch opponent of Indira Gandhi; and a homeopath, among many other things. 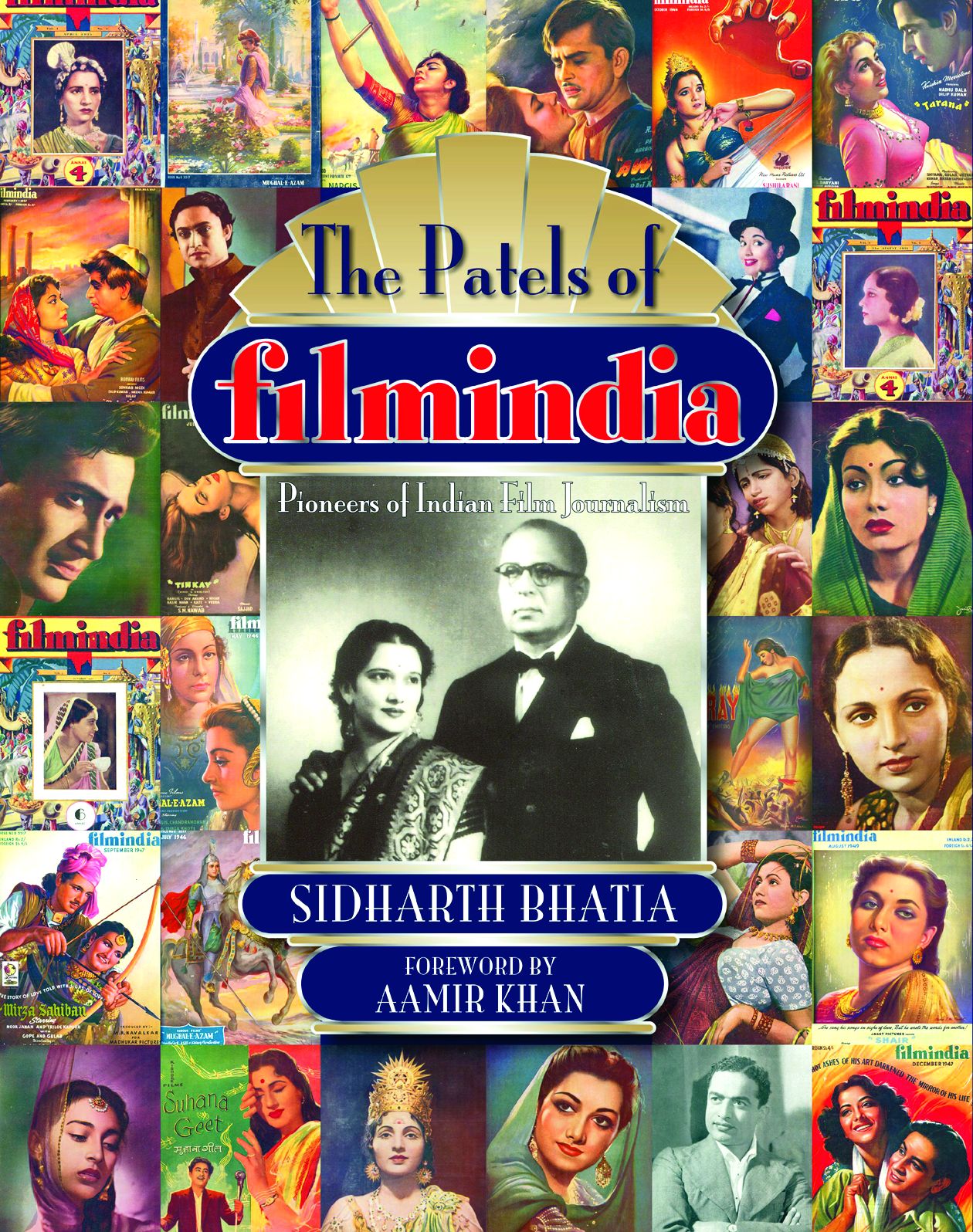 His ego was far larger than the many palatial houses he lived in and he relentlessly promoted himself in his magazine, something that stoodout even in an era when owner-editors showcasing themselves was quite the done thing (Russi Karanjia of Blitz and D.F. Karaka of Current were Baburao’s contemporaries).

But above all, Baburao was the classic alpha male. Soon after he met the beautiful, genteel Sushila Rani from Madras, who was 14 years his junior, he decided that she would be his wife (he was living with his second wife Shireen). He simply took over her life and decided to make her a movie star.

Suffocating under what he thought was his tender love, she fled to Kundapur in her home district of South Canara. But that was a mere pebble in Baburao’s path of true love.

He cajoled her to come back and marry him, in 1945, having discovered and shaken off with ease her other serious suitor along the way.

Sushila Rani did not do another film, but pursued music and dance, and became a full-fledged partner in Filmindia, until then Baburao’s solo enterprise for all practical purposes.

The magazine was the offspring the couple couldn’t have (Baburao had undergone a vasectomy before he met Sushila Rani to abet his philandering without worrying about the consequences; to his chagrin, he discovered that it couldn’t be reversed after he married Sushila Rani).

She wrote and performed myriad chores. Even as the magazine started losing money in the 1970s (by then renamed Mother India to reflect its increasing political orientation), she urged Baburao to keep it going, although he contemplated closing it down.

When he died in 1982, strong rumours surfaced, suggesting the imminent death of the magazine too, but Sushila Rani carried on resolutely, until she fulfilled her promise to him to continue publishing it till its 50th year in 1985.

Born poor, and poorly educated, Baburao was entirely a self-made man. He built up the magazine pretty much by himself. He mastered the language and became adept at using it both as a scalpel and a sledgehammer.

Subtlety was anathema. Why call a spade an earth-removal instrument when you could call it a bloody shovel? He had strong likes and dislikes and never bothered to hide them.

Even though the Patels became great friends with Dilip Kumar and Saira Banu in their later years, Baburao was unsparing in his criticism of the actor’s early films. He neither found the thespian’s looks nor his voice to be appealing and thought his acting abilities to be minimal.

Among women, he liked Madhubala (he asked Sushila Rani to tutor her in English), but Suraiya was anathema. He was not above commenting on the anatomy of heroines, saying “Meena Kumari... acts well, but her physical proportions seem to be getting so out of hand, especially in the southern region, that she is beginning to look like an inverted shuttlecock.”

The covers and pages of Filmindia carried pictures of what passed for oomph in those days, of buxom heroines with accentuated bosoms.

Baburao’s reviews could at best be described as eclectic, bordering on the idiosyncratic. He was a great admirer of V. Shantaram for his Padosi, but panned him mercilessly for Dr Kotnis Ki Amar Kahani, going to the extent of calling his features “negroid”.

He was accused of blackmailing through his scathing pen, which he stoutly refuted, producing testimonials from mostly inconsequential people, but surely that charge was not entirely without basis considering how just one magazine raised him from rags to modest riches.

He claimed to be politically intrepid, but when jailed during the Emergency, he contemplated rendering an apology to free himself, even as Sushila Rani managed to get him out.

Bhatia is also fair, to the point of exaggeration, to Sushila Rani. She receives fulsome treatment, which may have been hard to accomplish given the fact that for most of her life, she was in Baburao’s penumbra.

It must have helped, though, that she was the principal source for the author. The one point of slight regret is that given the esoteric nature of the subject (and the price), the book will not be widely read.

But Bhatia deserves kudos for keeping the length just right. His own text is only 87 pages of large typeface font, generously interspersed with excerpts and illustrations.

Shreekant Sambrani taught at IIM Ahmedabad and helped set up the Institute of Rural Management, Anand. He writes on economic and policy issues.