Mumbai: Vijayalakshmi, daughter of National Film Award-winning Tamil film director Agathiyan, married Feroz Mohammed on 28 September. Vijayalakshmi and Feroz who have known each other since their school days, have been in a relationship for a while now.

Feroz is a former assistant of director Arivazhagan of 'Eeram' fame. Vijayalakshmi, who was last seen in 'Aadama Jaichomada' will quit acting and will focus on film production and investments. There was widespread speculation that the actress would convert to Islam, however she stated that she the couple respects each other’s religions and would maintain their individualities.

The marriage was performed according to Hindu rites. An elated Vijayalakshmi posted a picture and captioned it, "Princess to Queen.. #upgraded #Mrs.Feroz" 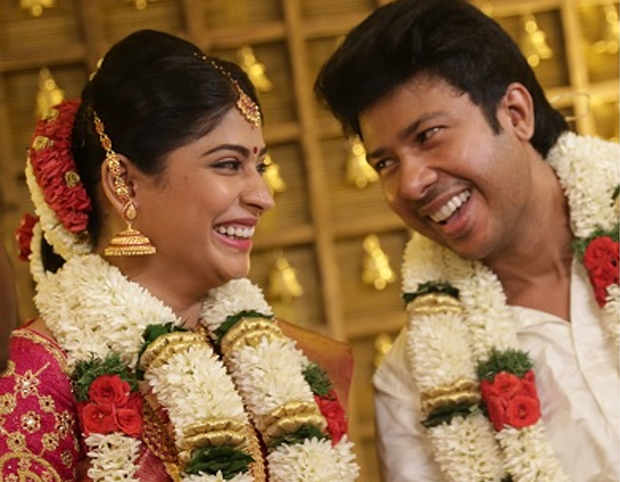