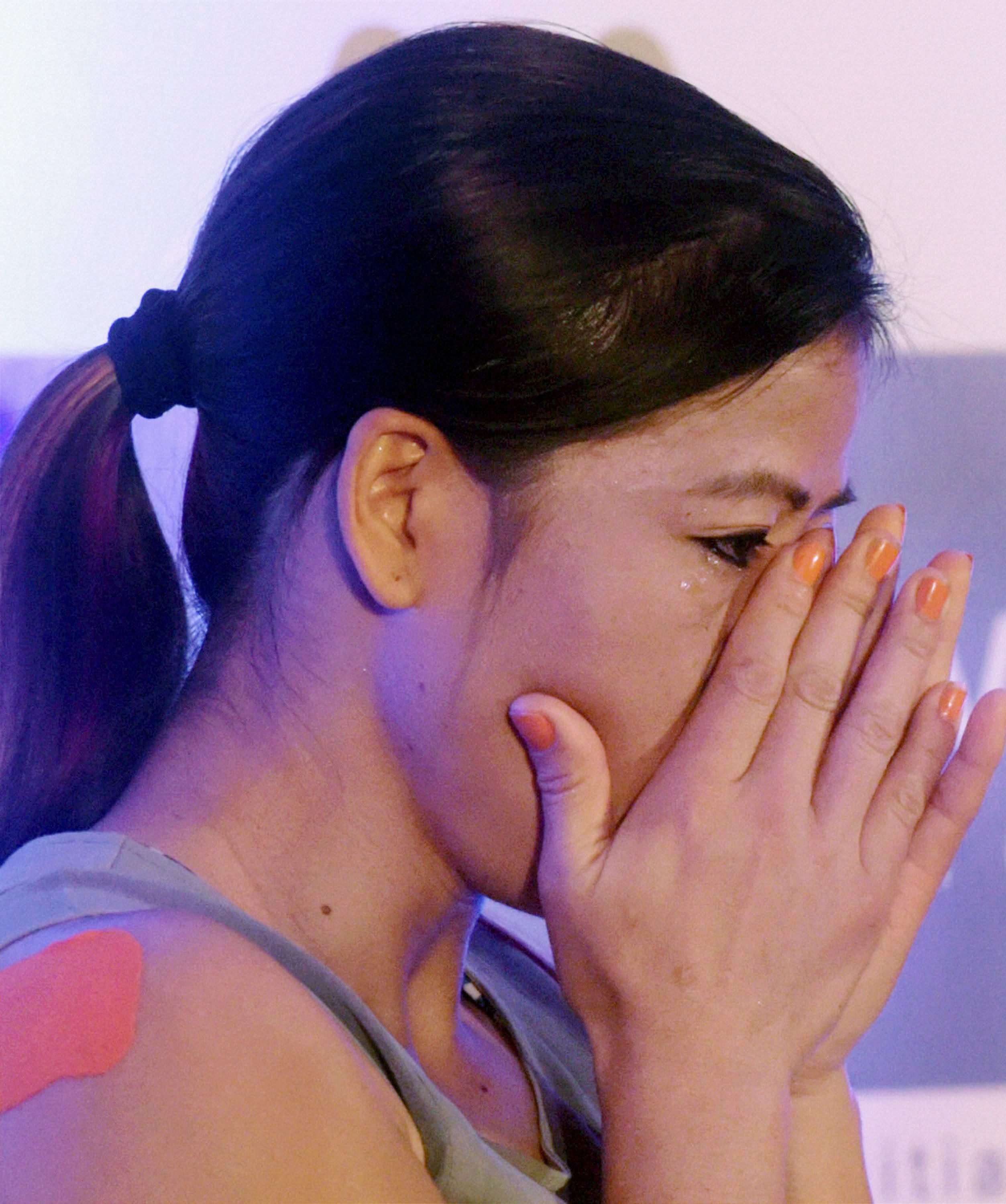 “Sometimes I feel very upset. Some of the referees and judges do not favour me but I don’t mind. Okay I am from north-east, no problem, but I am still an Indian,” Mary Kom told reporters here. 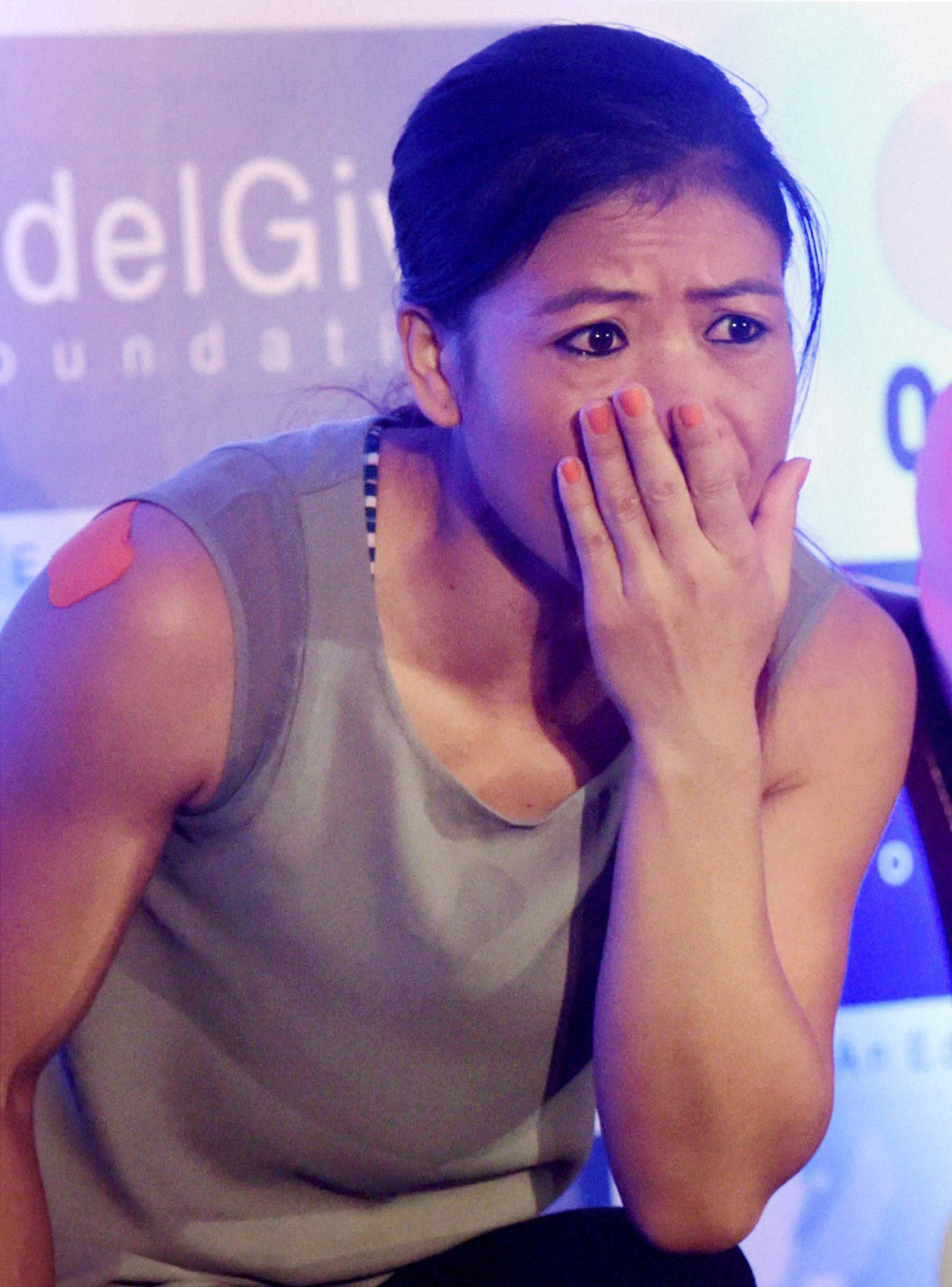 The 32-year-old boxer alleged that Haryana’s Pinky Jangra, who competes in the same weight category as her, is being repeatedly favoured by the selectors despite being beaten by the five-time world champion from Manipur. 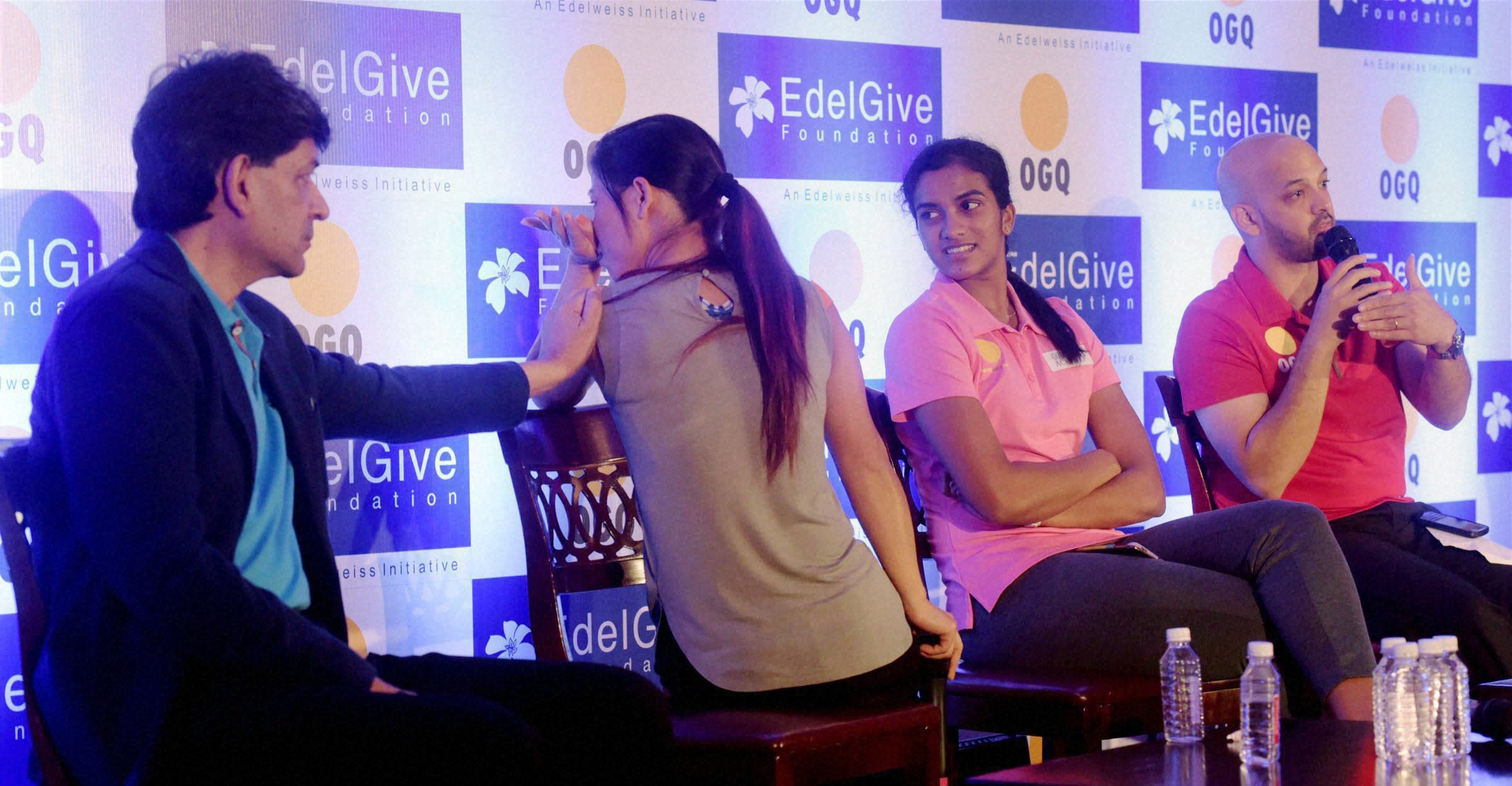 “There are so many controversies. Pinky Jangra, I always defeat her and prove it to get a gold medal in every competition but they (boxing selectors) continue to support her,” she said. 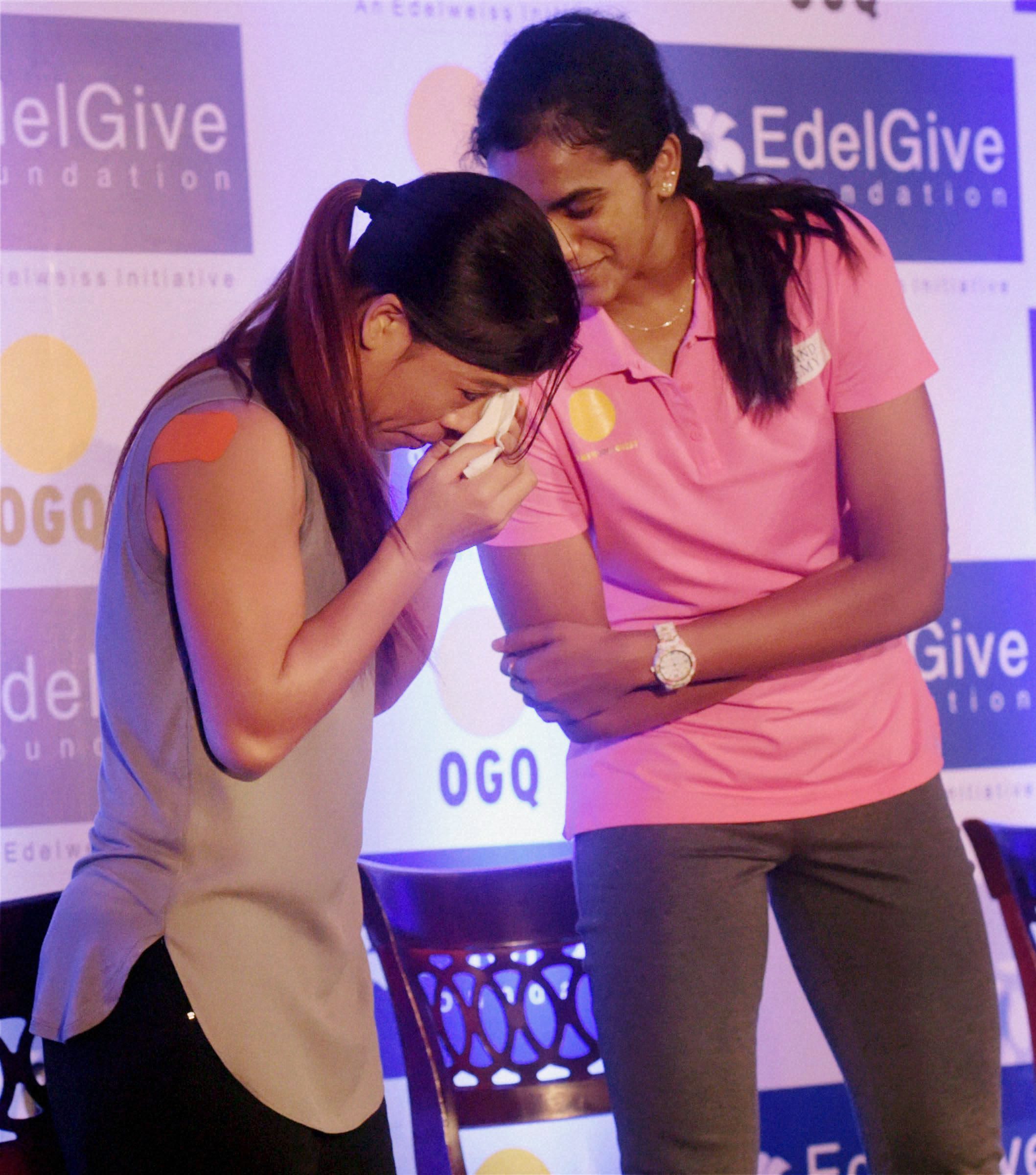 Mary Kom, however, insisted she had taken it in her stride. “It is still okay. I will prove myself in the ring,” she said.

The London Olympics medallist was dropped from the Indian contingent at the Commonwealth Games in 2014 and Jangra was chosen in her place. 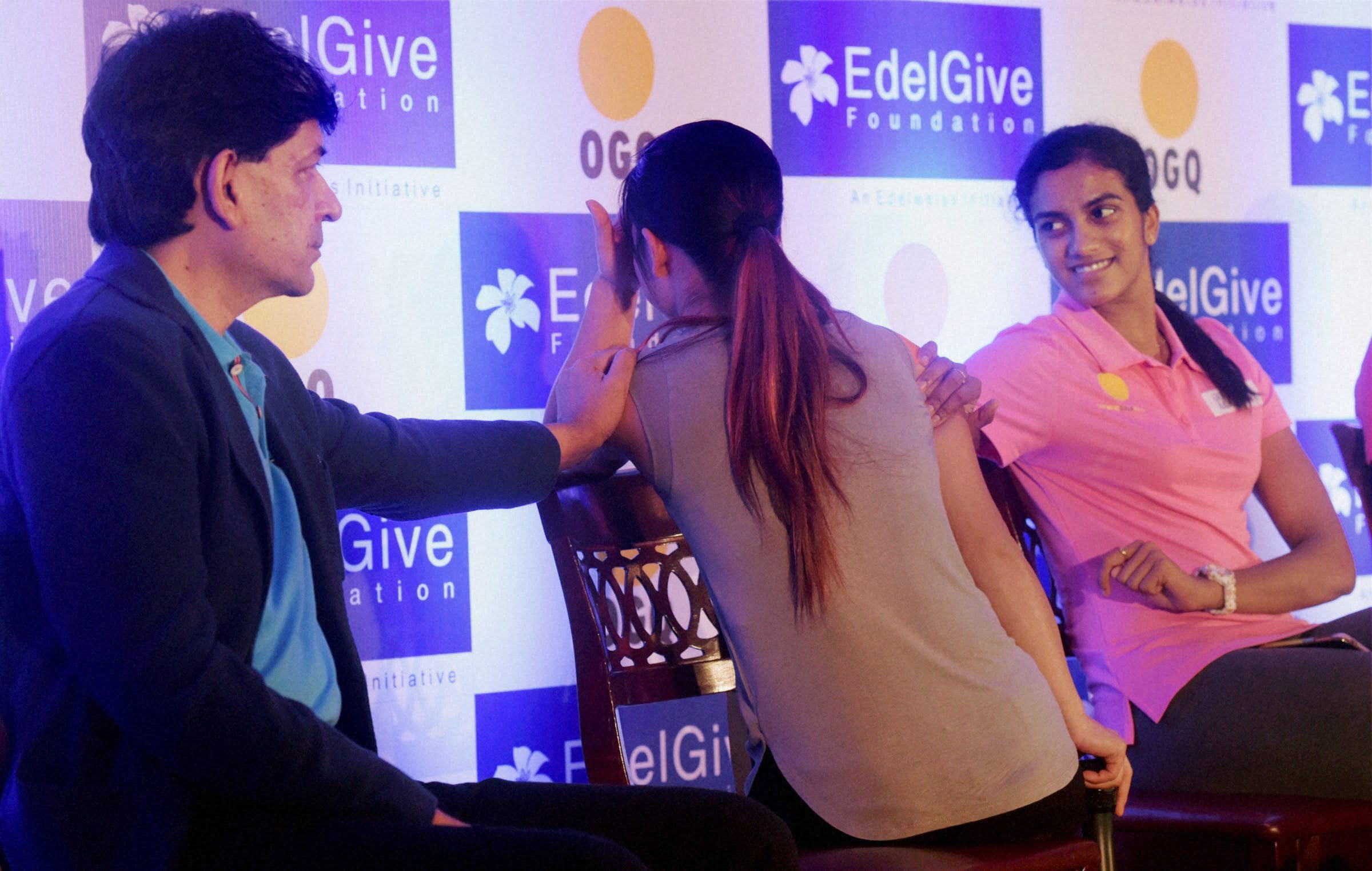 Pinky had beaten Mary in the trail of 51kg category before the Commonwealth Games but the Manipuri boxer claimed it was poorly judged.

■‘Let’s stop killing each other,’ says Mary Kom
■I am proud to be an Indian at heart, not shifting from Manipur: MC Mary Kom
■Mary Kom and I will surely get a medal each in Rio Olympics: Sarita Devi

Sindhu a sporting icon and one of India's greatest Olympians: Thakur

Olympics 2020: Dutee finishes last in her heat race, fails to qualify for semifinals

Wife said pull out but I knew I wanted to fight: Satish on fighting with 13 stitches