Bodies of people who died in a crush in Mina, Saudi Arabia during the annual hajj pilgrimage (Photo: AP)

Mecca, Saudi Arabia: At least 717 people of different nationalities were killed and over 860 others, including two Indians, injured in a stampede today when Haj pilgrims jostled their way to perform symbolic stoning of the devil here, marking the culmination of the annual pilgrimage.

A sudden surge in the number of pilgrims heading to Jamarat for symbolic stoning of the devil by throwing pebbles against three stone walls resulted in the stampede at 9 am local time (1130 IST), the state-run Saudi Press Agency said.

It said that the stampede occurred at the intersection of two streets leading to Jamarat.

Two Indians among those injured in Haj stampede

Tragedies that struck Mecca during Haj in the past

The Haj pilgrimage in Saudi and what it means in Islam

Modi, other leaders express pain over loss of lives in Mecca stampede

The Saudi civil defence authority said that 717 pilgrims from different nationalities were killed and 863 others were injured. This is the second worst incident in 25 years to hit the annual pilgrimage. In 1990, a stampede inside tunnel leading to holy sites killed 1,426 pilgrims.

The Indian Consulate in Jeddah said there were no reports of any Indian being killed in the stampede so far. However, two Indians from Assam were injured and have been admitted to hospital.

Indian Haj mission doctors are deployed in all government hospitals in Mina and Mecca to ascertain if there were any Indian casualties. The Consulate is continuously monitoring the situation, a statement from the mission said. It said that the tents in the affected area are occupied by pilgrims from Africa and Arab countries. 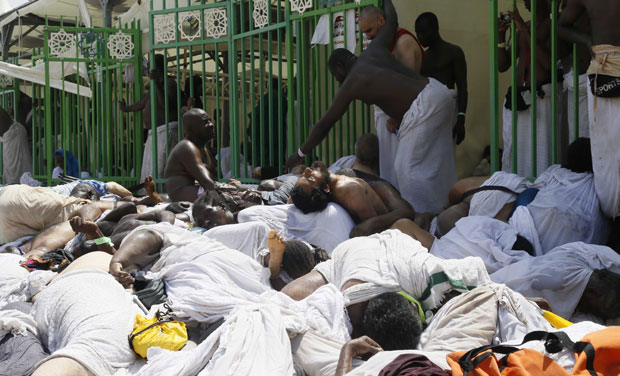 Two teams of medical screening have been set up at the site of the incident. "In my camp there were about 400 pilgrims. All of them are safe. But I am trying to make some calls and ascertain from other people," said Abid Rasool Khan, Chairman Minorities Panel, Andhra Pradesh.

The civil defence authority said its teams on the ground are leading pilgrims to safer routes away from the stampede site through alternate routes. It said 4,000 people were taking part in rescue efforts, along with 220 ambulances.

TV footage from the incident site showed the ground strewn with injured people. Women and old men were screaming. 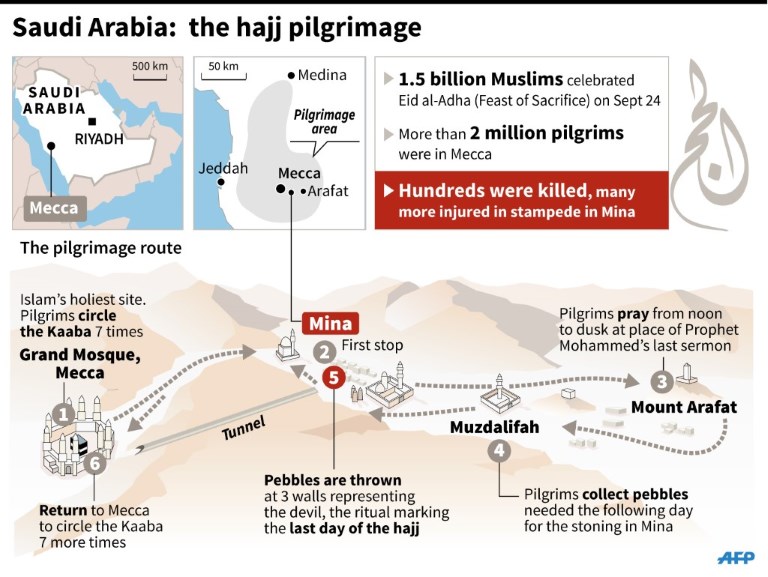 At least 730 pilgrims have been injured in Thursday's stampede. Mina has in the past been the site of major stampedes that have killed hundreds of people. At least 51 Indians were among 364 pilgrims killed in a stampede during the stoning ritual in Mina in 2006.

The pilgrimage is one of the five pillars of Islam that should be performed at least once in lifetime by every Muslim who is financially and physically capable.

Will ensure that America not China sets the international agenda: White House

US announces troop withdrawal from Afghanistan and Iraq

Kuwait resumes direct flights from 35 countries, including India, from tomorrow