Los Angeles: Jon Hamm's troubled ad man Don Draper from 'Mad Men' helped him win the outstanding actor in a drama series honour at the 2015 Emmy Awards, ending his eight years of quest for the coveted title.
The 44-year-old actor, who was nominated for the eighth time consecutively for his performance on the show, had the winning moment with the concluding stretch of the period drama series that started in 2005, reported Entertainment Weekly.
"There's been a mistake, clearly. It's impossible to be named with all of those extraordinary gentlemen. It's
impossible to have done this show with this incredible cast, these incredible people, our incredible writers, our incredible crew. And it's incredible and impossible for me, personally, to be standing up here," Hamm said in his acceptance speech. 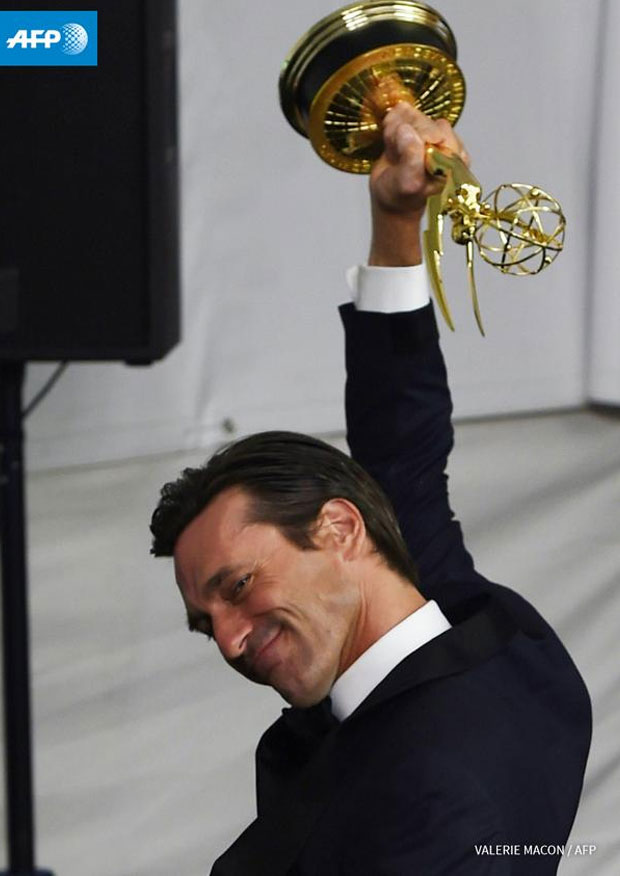 He also took the big moment to thank his ex-girlfriend Jennifer Westfeldt, from whom he recently split after 18 years of being together.
"To Bud and Susie and Mary Ann and Ted and Ernie and Carolyn and Vick and Linda and Gary and Sue and my sisters and Cora and Jen, thank you all very much. I would not be standing here without you," Hamm concluded.
The 16 time Emmy nominated actor-producer (eight for 'Mad Men') beat out Kyle Chandler as a calm sheriff's detective in 'Bloodline', Bob Odenkirk as a lawyer in 'Better Call Saul', Liev Schrieber as Hollywood fixer in 'Ray Donovan', Jeff Daniels as a cable-news anchor in 'The Newsroom', and Kevin Spacey as a Machiavellian politician in 'House of Cards'.
...
Tags: hollywood, mad men, entertainment, emmy award, jon hamm