Saturday, Day 1 of Comic Con saw fan and enthusiasts getting creative with their costumes. From importing wigs from China to spending hours working on a costume, youngsters from the city were all prepared to give their best.

Smarak Swain is here to launch his first work of fiction —The Legend Of Yuck Man, a desi superhero. An alumni of Nalsar, Smaran likes to write books.

Garima Shukla likes to doodle on almost anything. She picks incidents from her life as the subject. “Instead of doodling and selling  posters, I doodle on merchandise so people can use it in their daily life,” she says. 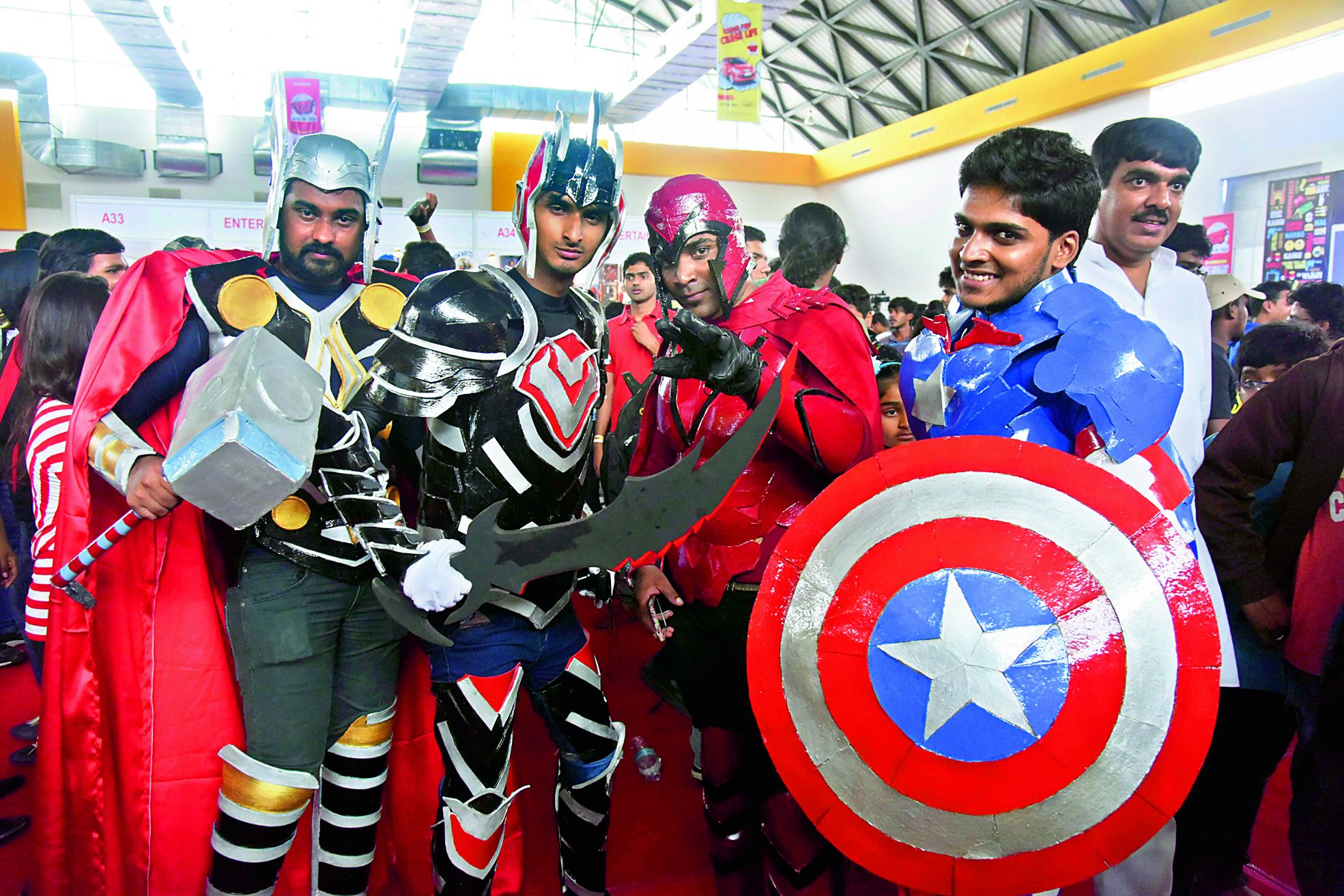 With the captain: (From left) Shahbaz Ahmed as Thor, Shanawaz as Skyrim, Amith as Magneto and Pavan as Captain America

Nikhil Gulati, the author of Shepherd’s Hill, is at the stall with his wife and two new comic books — Mohammad Fazil The Fool and Dead Man and Other Stories.

Milanpreet Kaur is working with Comic Con, but last year when she helped her friend Rohit Soni at a comic con in Bengaluru, she thought why not take part herself?

“It’s just a hobby, but I have been into art since I was a kid. What you see on display are caricatures,” she says. Manasa Madduri, an architect, is also showcasing  caricatures.

There is also a stall where students and faculty from Raffles Millennium Design Institute are showcasing their talent. Another highlight at the event was Shashank Varma, another Hyderabadi, who was sketching at his counter. 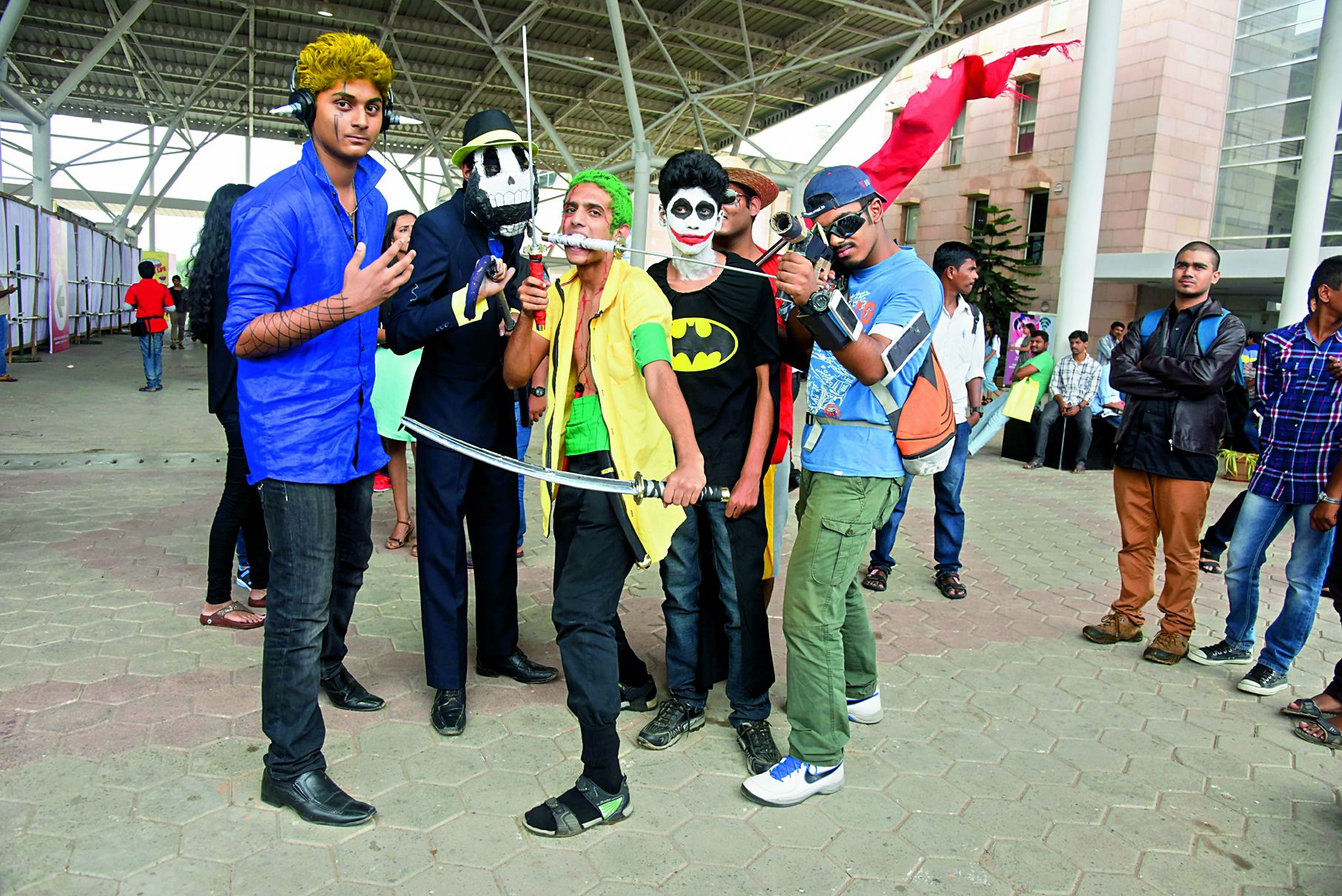 Crazy five: (From left) Sagar as Laxus Dreyar, Kirit as Brook, Sai Rohit as Roronoa Zoro, Abhishek as the Joker and Michael as a character from Call of Duty

International guests
Happiness alert: Matt Melvin, one of the authors of Cyanide and Happiness and The Last Nerds, is on his maiden visit to the city. “It’s so amazing, so super cool,” he says.

Serious cosplayers: Miya Tomoko and Moe Tsurumi are professional Japanese cosplayers who are in Hyderabad for the first time.

“I was going through the webpage and I didn’t think many people cosplay in Japanese Manga characters here; judging by photos people looked more inclined towards American superheroes,” says 30-year-old Miya.