Mumbai: The actress with million dollar smile, Madhuri Dixit who ruled the box office with her impeccable acting mettle for over 2 decades is currently busy endorsing brands. Madhuri Dixit is been associated with a famous jewellery brand for sometime now. Twist to the tale is, her one of the biggest rival of the 90's, Raveena Tandon, was seen endorsing the same brand last month and was also spotted launching a new store in Mumbai earlier in the day. 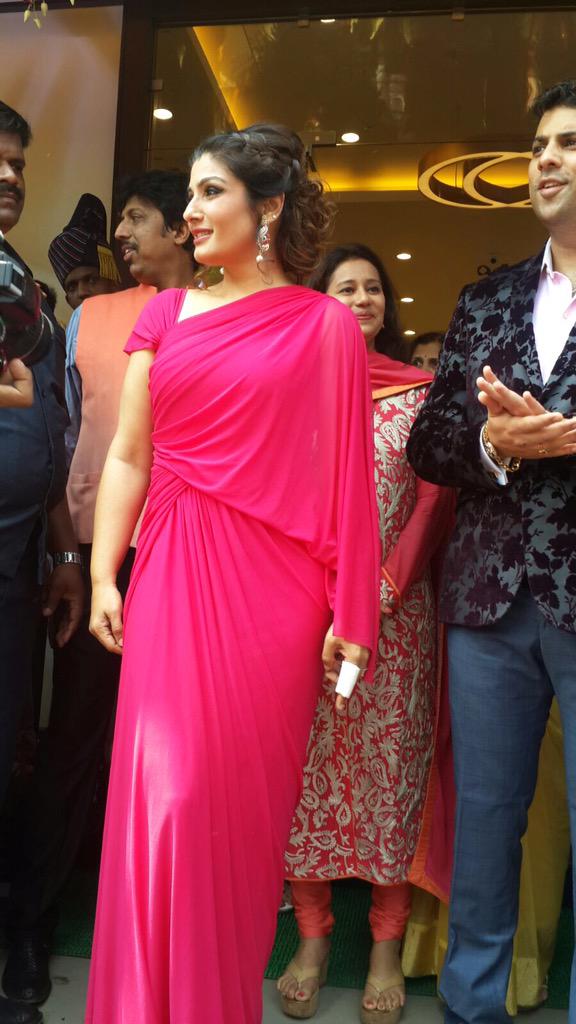 The two actresses had been rivals in 90's and continued to rule the hearts of the masses. While Madhuri was known for her dance moves, Raveena held a sultry image. Seems the cold war between the two hasn't taken a back seat.
After her cameo in 'Bombay Velve't, Raveena is all set to soar the temperatures high with Onir's directorial 'Shab'.
...
Tags: madhuri dixit, bollywood, entertainment, raveena tandon