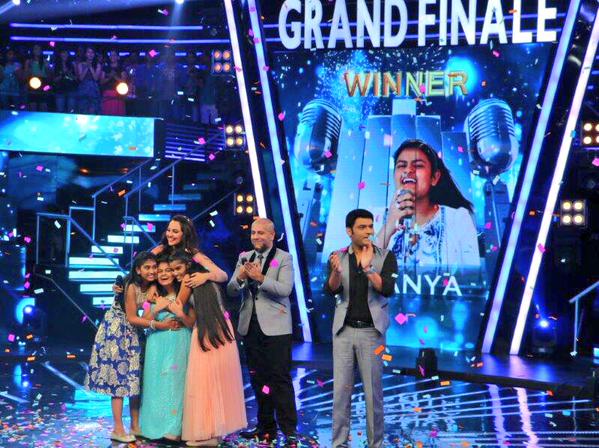 The 28-year-old “Tevar” actress enthralled the audience with a dance routine on her popular numbers “Saree Ke Fall Sa,” “Rani Tu Main Raja,” “Pon Pon,” “Tamanche Pe disco” and “Party All Night”.
Another major highlight of the finale night was a special visit by Sonakshi’s father actor-politician Shatrughan Sinha, who also interacted with the children.  Stand-up comedian Kapil Sharma, who is gearing up for the release of his debut film “Kis Kisko Pyar Karu” promoted the film on Indian Idol Junior set. He joined the juniors on stage and sang some hit numbers.
Kapil sticked to his comic best and tickled everyone’s funny bone by cracking few jokes.The finale also marked the homecoming of the top 13 contestants who cheered on for the final three.
...
Tags: entertainment, tv, indian idol