Chennai: Rahul Dravid was a worried man when India were down 0-1 in the Test series against Sri Lanka. But the way Virat Kohli & Co. bounced back from a deficit to achieve a historic series win came as a big relief to the former India skipper. 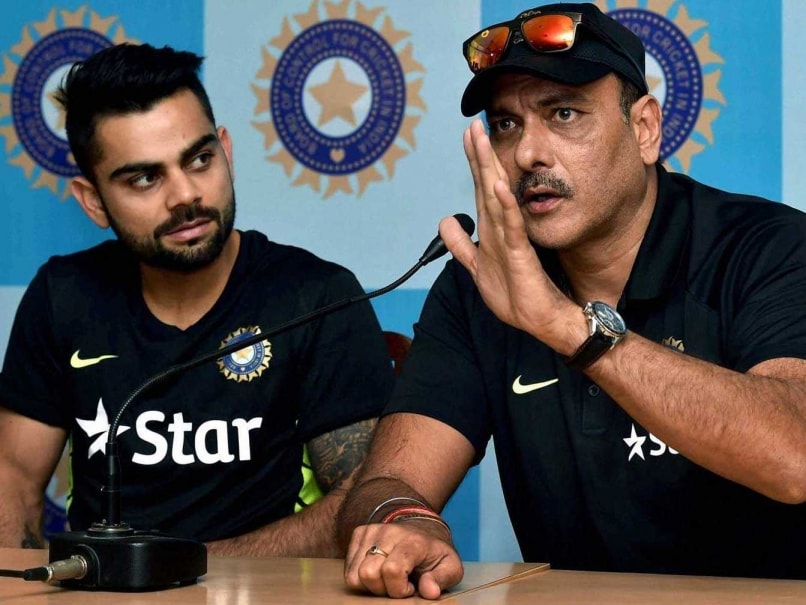 “I think Ravi Shastri and the team did a terrific job to bounce back in the series in the way they have after the disappointment in the first Test. When you lose like that after dominating a game for so much it can have a big impact on the team. I was worried for the series after that game, but the way they have come back in the second and third Tests has been a credit to all of them,” Dravid was quoted as saying by espncricinfo.

When asked whether he would consider being coach of India at some point in the future?

Dravid said: “They don’t need anyone, and it has not whetted my appetite to do anything different.”

Before India embarked on a tour to Sri Lanka, the likes of Virat Kohli, Cheteshwar Pujara and KL Rahul played under Dravid representing India ‘A’.

In pics: Virat Kohli sweats it out in the nets, ready for India ‘A’ match in Chennai

Dravid said he treated the big names differently as “they are at unique stages in their career.”

“You have to look at what they are looking for in those eight to ten days that they are with us. Each player is looking for something different. It is your job as the coach and support staff to provide that environment which helps him. In the case of Kohli, Pujara or Rahul, the plan was to go out and use that as match practice to perform in Sri Lanka. You try to cater to those demands,” Dravid said.

“Then there are other young kids who are trying to break through and have come to learn, improve their games and impress the selectors for the first time. You handle them slightly differently,” explained the former Indian captain Dravid.

Dravid said he was still learning about coaching and dealing with players.

“One of the things at the India ‘A’ level, which made it comfortable for me, was that there is not a lot of technical coaching that needs to be done. A lot of the boys have had incredible Ranji seasons. You only get picked if you have had a lot of success. So you have a method that works for you and it is just a matter of performing at a higher level. The time frame is really short,” he added.

Dravid acknowledged that the quality of spinners at domestic level has dwindled over the years.

“I heard that the quality of spin is not that good when I took over the job. From talking to a lot of domestic coaches and people who know the domestic scene well, there isn’t as big a pool of quality spinners as there was ten or 15 years ago. India A had a couple of experienced spinners in Amit Mishra and Pragyan Ojha, and it was good to see them coming back,” he said.

“But against South Africa, we had a young group of spinners who are in their early 20s: Jayant Yadav, Axar, Baba Aparajith and Karn Sharma have all got potential and they are getting there,” he added.

■Virat Kohli shares a picture of his fanboy moment with Rahul Dravid
■SL vs IND: 5 reasons why Virat Kohli-led Indian team sealed historic win
■It's a magnificent milestone for a young team, we have created a bit of history: Virat Kohli
■SL vs IND, Third Test: Statistical highlights