The middle finger emoticon isn’t a rumor anymore. WhatsApp has updated its software and added several emojis or emoticons to help its Android users express how he or she feels, in a much better way.

WhatsApp has added several skin tone variants to most of the existing emoticons in the latest 2.12.250 version. While it might be seem quite racist by many, introduction of several skin tones brings an Indian-ised feel to the social messaging platform. 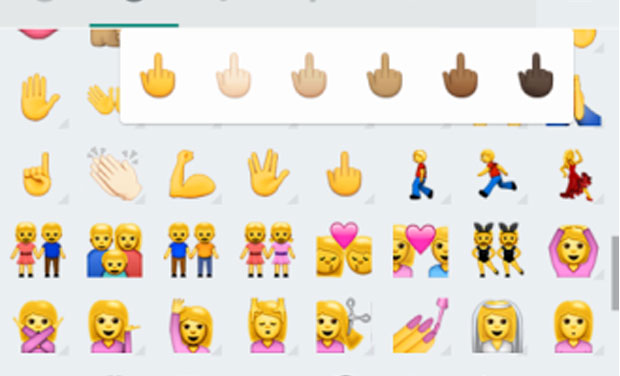 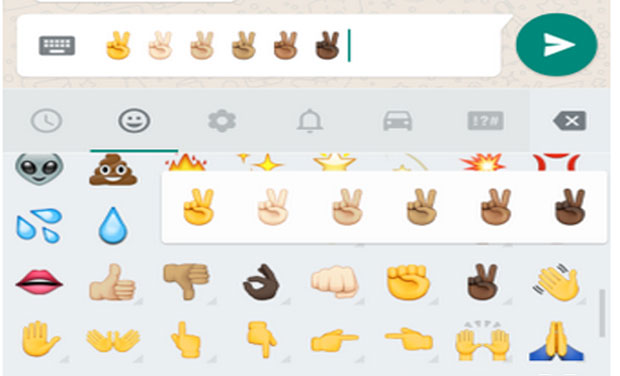 The middle finger and spock emojis are basically the two new interesting emoticons that have arrived in multiple skin shades.

As reported earlier, the new message popups, low data usage and marking read messages as ‘unread’ are the other features added to the new WhatsApp Android update. You can download this upgraded WhatsApp version from Google Play Store.