It's a wrap for 'Captain America: Civil War'

'Civil War' is already one of the most talked about and anticipated films of 2016 and will see Captain America and Iron Man on different sides and go head to head in this new film.

Filming began back in April and the production has shot in Atlanta, Puerto Rico, German, and Iceland before coming to a close this weekend. And Marvel's co-president Louis D'Esposito took to Twitter to congratulate the cast on crew on their work, reported Access Hollywood. 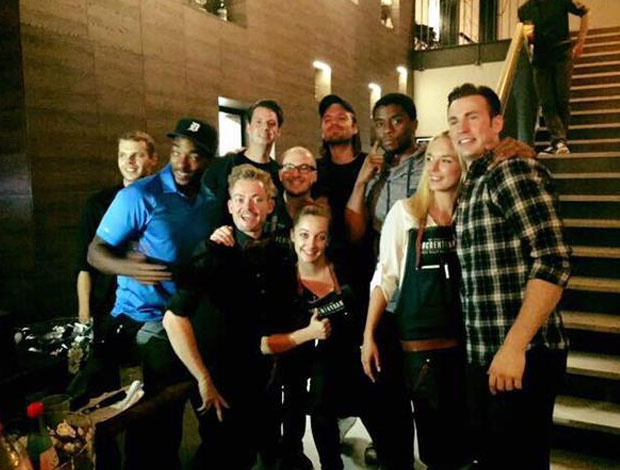 'Civil War' will mark the return of Anthony and Joe Russo to the director's chair for the first time since they enjoyed critical and commercial success with 'The Winter Solider' last year.

Actor Jeremy Renner has revealed that his character Hawkeye will be on Captain America's side in the film. The upcoming movie that features the conflict between Cap (Chris Evans) and Iron Man (Robert Downey Jr) will see Hawkeye siding with the First Avenger, reported Aceshowbiz.

"I don't know, they wrote me in that side. It made sense to me." Realizing his slip, he quickly joked, "Maybe I switched sides!" Renner, 44, said. The film will pick up where 'Avengers: Age of Ultron' left off, as Steve Rogers leads the new team of Avengers in their efforts to safeguard humanity. 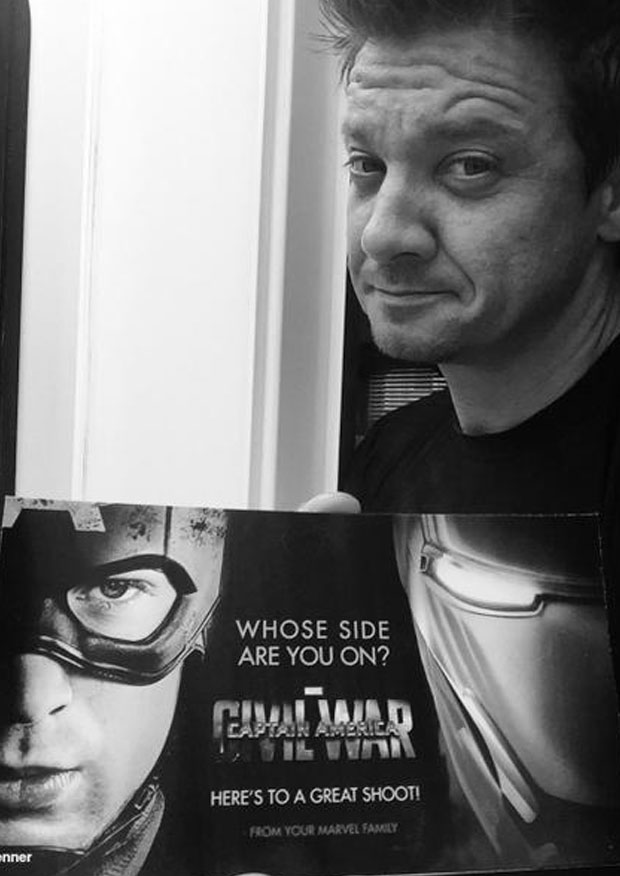 Robert Downey Jr, Jeremy Renner, Elizabeth Olsen, and Paul Bettany are back as Iron Man, Hawkeye, Scarlet Witch, and the Vision and step into the Captain America franchise for the first time.