Not going out on a limb

A group of blade runners will be participating in the Airtel Marathon this year to encourage other amputees to take up a sport. The group, which gets together to train on weekends, will be supporting TALBFI (The Artificial Limb Bank Foundation of India) during the marathon.

Manjunatha, a 25-year-old working professional, and 39-year old Ravi Shrivastava, an AP government employee, had lost their legs in road accidents. But that did not stop them from taking up  running. They have so far taken part in 13 marathons in different parts of the country. “The limbs are specially crafted, because Mohana Gandhi — the founder-trustee of TALBFI and proprietor at Dakshin Rehabilitation Centre —  knows what suits whom. This makes it comfortable for us to run. Also, I no longer have to be dependent on a family member because of the prosthetics,” says Ravi.

Manjunatha adds, “For long distance running, you need to take care of a lot of things. Sometimes the prosthetic leg needs a bit of adjustment. After 5 km, it also starts bleeding. It pains and you might also be damaging your prosthetic leg if you don’t do it right. One needs perfect socket and equipment and proper care. But we never let anything be of a hindrance. I have completed 13 marathons and I finally have the confidence that yes, I can run and swim and nothing can come my way.” 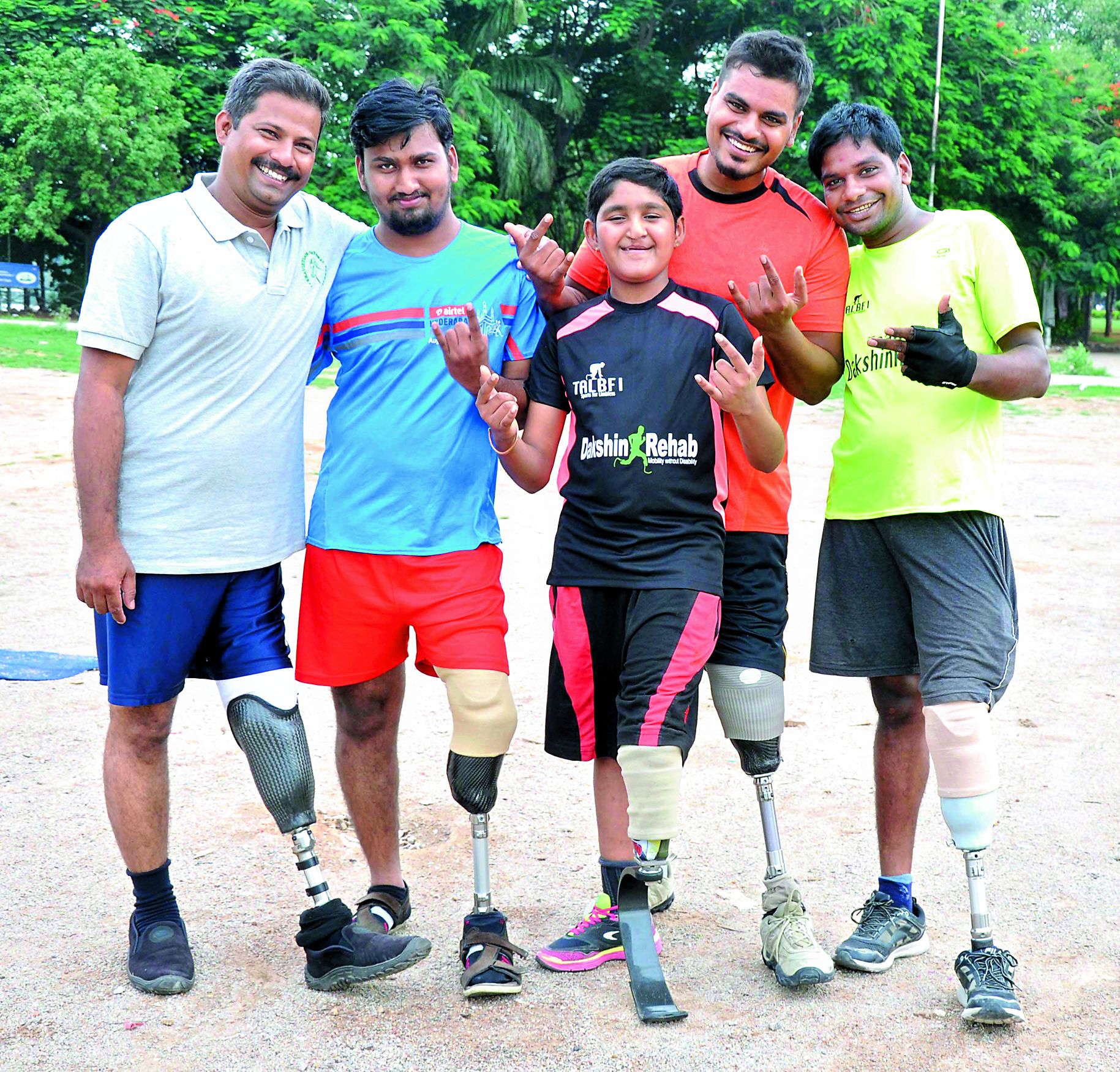 Besides running, Ravi loves to trek, while Manjunatha is into swimming. Twenty-six-year-old Shekar, on the other hand, loves to cycle and covers 40 to 50 km every day. He also rappels with one hand. Twenty-four-year-old Baswanth Rao, 4th year BTech student from JBIT and 14-year-old Sai Kaushik, who is differently abled since birth, likes to play cricket. “We all love different sports. But running is something that we do together to encourage each other,” says Manjunatha.

“During the Airtel Marathon last year, we were asked to be in the front, during the flag off. Nobody ever looks down upon us. There are many amputees who feel that there is no hope left. I want to tell them not to feel inferior, come ahead and there are people who are here to help and encourage. Take me for example, I thought I would be a burden on my family. But Mohana Gandhi gave me hope... Within 48 hours of getting my prosthetics, I walked 5 km,” says Ravi.
Shekar adds, “I don’t let my disability stop me. I cycle and I try to be better than what I was yesterday.”

Mohana Gandhi, founder-trustee of TALBFI and proprietor at Dakshin Rehabilitation Center, says, “During this Airtel Marathon, I want to spread awareness and identify young amputees. In future, I would like to come out with a good sports academy for all the amputees. We can identify kids in the age group, train them and aim for medals. I want to help as many as I can, who want to take up a sport of their choice,” he concludes.

Chew off your stress