Director Syed Ahmad Afzal, who made his debut as a director with Youngistan, has started shooting for his second film with Randeep Hooda. Syed plans to shoot it in one schedule, in a span of 55 days. The film, Yeh Laal Rang, deals with corruption in blood banks. Randeep plays a Jatt in the film.
Is Syed worried about dealing with such a sensitive issue? He says, “The basic challenge was when we were writing the script. The idea is that we don’t want to preach anything to anyone, just bring out the facts. When it comes out, it will be very entertaining.” 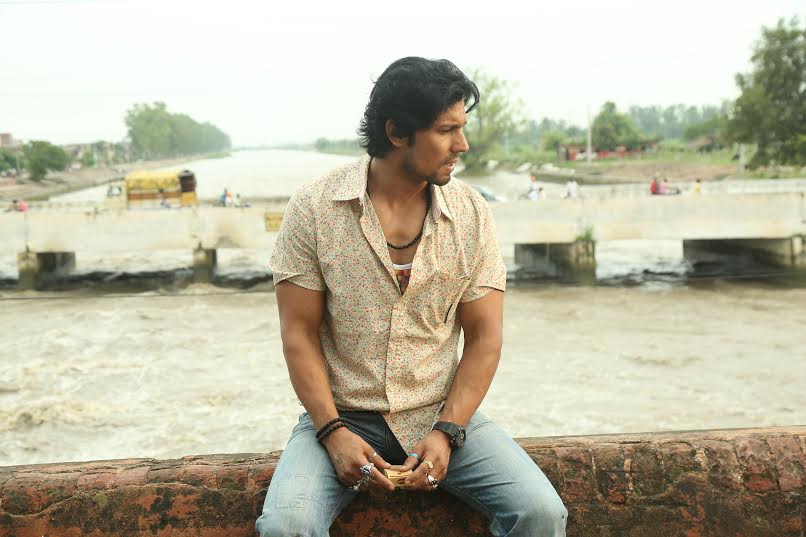 Randeep Hooda in a  still from the film shooting on the streets
What was Randeep’s reaction when he first heard the script? Syed says, “Honestly, he was blown away after I handed over the script to him.” The film’s schedule began on August 16 and is currently being shot in Karnal, Randeep's hometown. While that is homecoming for the actor, it is posing a few glitches for the film’s team, Syed tell us.
How so? The director explains, “We have a lot of outdoor scenes and are shooting extensively  on the streets of Karnal. We have Randeep talking in a heavy Haryanvi accent for all these scenes. The crowd just goes absolutely crazy when he does that. But we have, on our part, made necessary arrangements to make sure that the shoot is not stalled or disrupted when the crowds get over- enthusiastic.”
A major portion of the film will be shot in Karnal itself, but parts of it will be shot in Delhi and Haridwar as well.
...
Tags: bollywood, entertainment, randeep hooda