Kapil Sharma and Kiku Sharda in the garb of Radhe Maa
What a triumphant comeback to Comedy Nights it has been for Kapil Sharma! He had a point to prove about his indomitable status in Comedy Nights and he proved it amply.
No Bollywood guest was allowed on Kapil’s comeback episode on Sunday even though Akshay Kumar and Sidharth Malhotra were scheduled to come on the show to promote Brothers.
Kapil was clear that he did not want stars on his comeback night. He wanted to show that he could sustain a whole episode without star props. His comic timing was unparalleled that night. He cracked jokes at his own expense. A lot of the humour this Sunday was based on his illness and his bad back. There was a lot of hilarity without resorting to any vulgarity.
At one point Kiku Sharda, better known as Palak, made a startling appearance in Raadhe Maa’s controversial red-skirt avatar. Kiku swaggered into Kapil’s skit and asked him if he indulged in any vices like gambling or womanising. When Kapil answered in the negative, Kiku’s Raadhe Maa preened, “Then why do you want to recover from your bad back? Aise hi pade raho.” Kiku’s likeness to Radhe Maa was as stunning as it was distracting.
This time the show really did not need any extraneous humour to sustain the show. Kapil was enough. He proved once and for all that he is a one-man variety show, that he can hold the audiences even while lying down on a hospital bed on a stage made to represent a farcical facsimile of his real-life ailing self.
Strange was the synthesis of sickness and satire, something again only Kapil Sharma can pull off. This guy knows more than anyone else, that laughter is the best medicine even when the person generating the laughter is on medication.
Meanwhile:
The poster of Kapil Sharma’s debut film is out. Titled Kis Kisko Pyaar Karoon, the film is being touted as a laugh riot with the comedian essaying the lead. It has been directed by Abbas-Mustan who has ventured into comedy after a very long time. The film has been co-produced by Ratan and Ganesh Jain along with Abbas-Mustan. 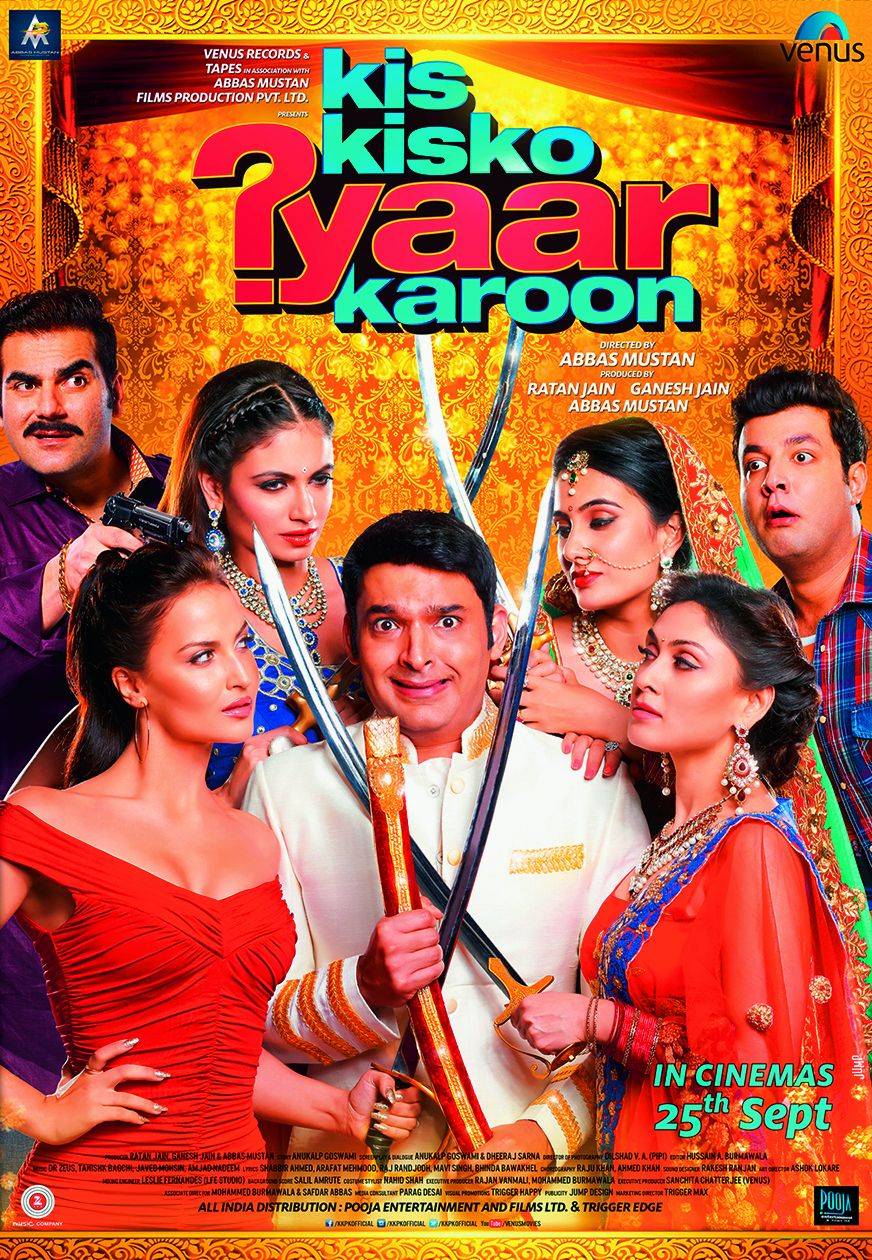