Private vehicles and RTC buses were stranded on the main road that goes past the police station. Some of them were attacked in the violence.

Computers, hard disks, files and even furniture were stolen from the police station premises. Police called in a large back-up force and paramilitary personnel to control the rioters. 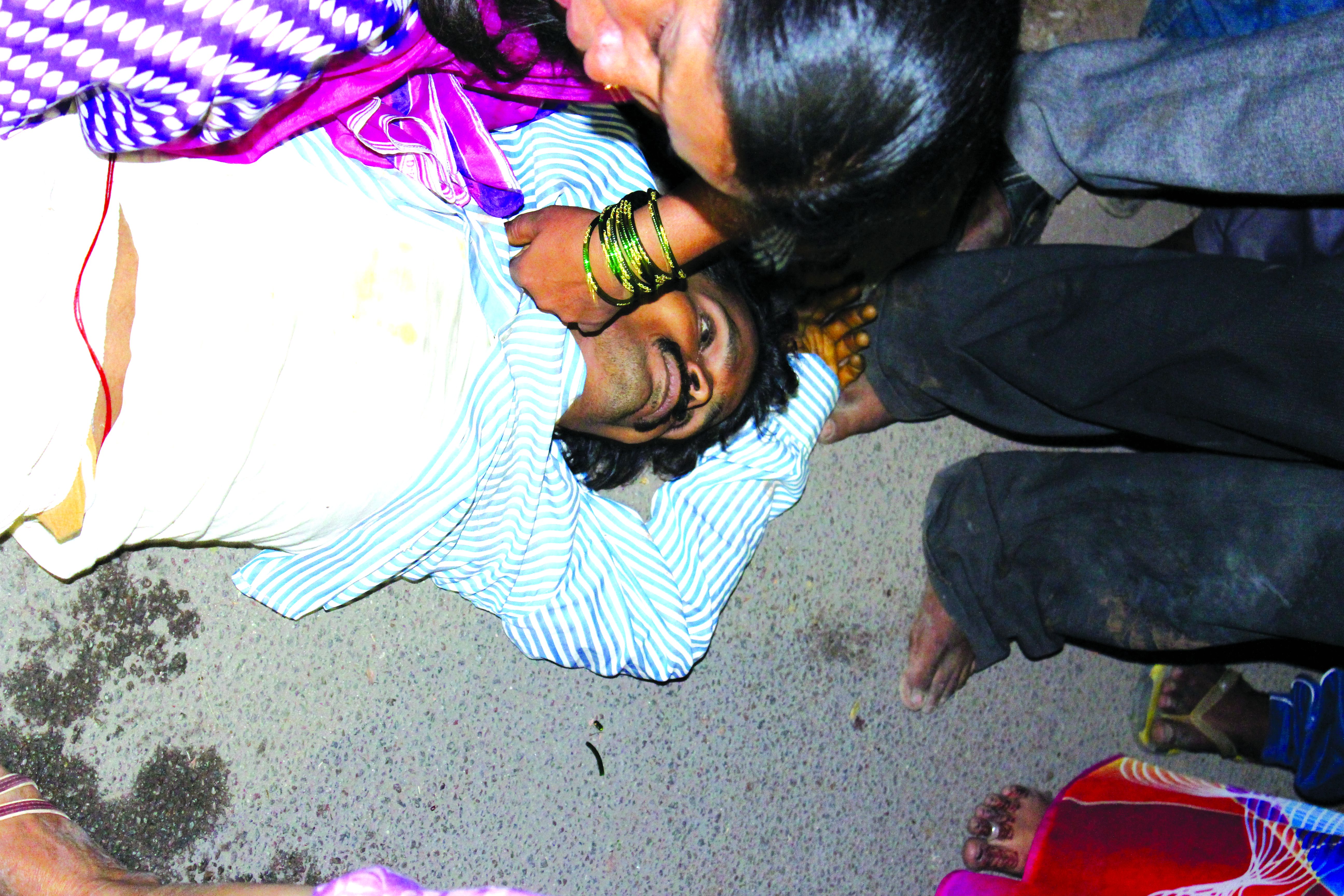 The body of Banappa at the police station. (Photo: DC)

Three cops including two sub-inspectors were injured in the attack, while several agitators sustained injuries in the subsequent lathicharge.

Hyderabad police commissioner M. Mahender Reddy told this newspaper that the allegations of custodial death were false. It was alleged that one Bannappa, 35, a contract employee of the electricity department, had died on Monday after being beaten up by the police on Sunday. Bannappa was kept in the police station for a day after cops picked him up for abusing his senior official on Sunday. 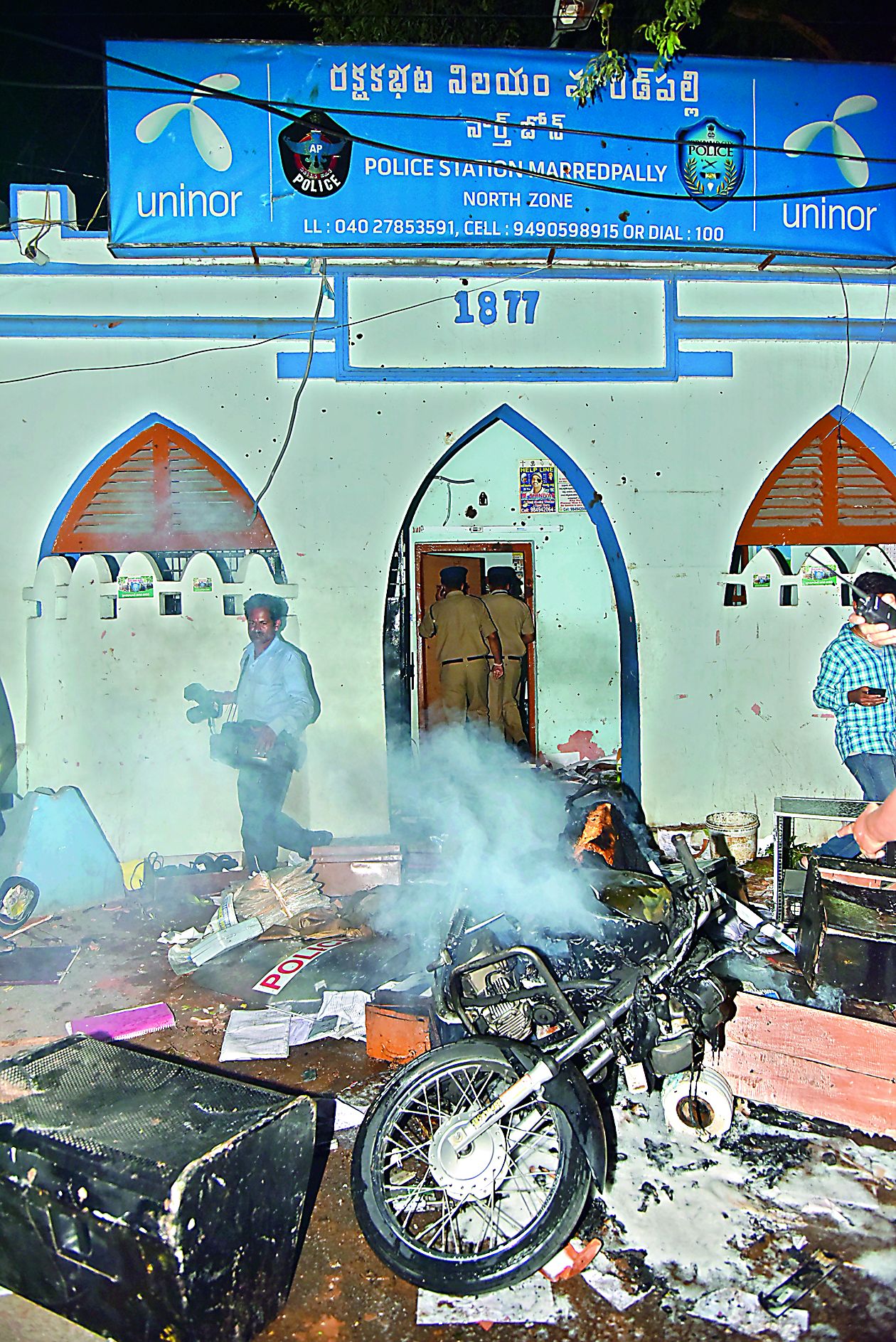 The Maredpally police station after the attack.

Bannappa’s cousin Basappa said, “When we took him home, he was not able to eat or drink. He was exhausted and appeared uneasy. We took him to the police station and asked them what had happened. They responded very rudely and abused us. Later, they sent constables with us to take him to hospital. He died on the way.”

As news of his death spread, locals gathered and marched towards the police with Bannappa’s body. The police dispersed them with a lathicharge, chasing them almost 500 metres away.

The crowd returned and started burning vehicles and furniture in the police station.

“The angry crowd pelted stones, while others burnt vehicles. A few men entered the station and attacked the cops. They burnt furniture and destroyed the computers,” said an eyewitness said.

Hyderabad police commissioner Mahender Reddy told this newspaper that Bannappa was arrested for attacking a Home Guard during the Bonalu procession.

“He was taken into custody following the complaint from the Home Guard. But he was let off in the morning after he secured bail. He must have been suffering from some disease,” said Mr. Reddy.