Mumbai: GV Film Limited celebrated its 25 years at an event held in Mumbai on August 1, 2015. The beats of nasik dhol and the traditional lighting of lamp amidst chanting of shlokas set the tone of the evening.

The event was attended by Mallika Sherawat who unveiled their new website. Sudhakar Shetty did the auspicious coconut breaking while Mallika Sherawat, Deepthi Balagiri gave the mahurat clap for Marathi film 'Vithal Vithal'. Dabboo Malik makes his directorial debut with this film and launched the mahurat song. It also happened to be the birthday of Mr. Balagiri and his mother. 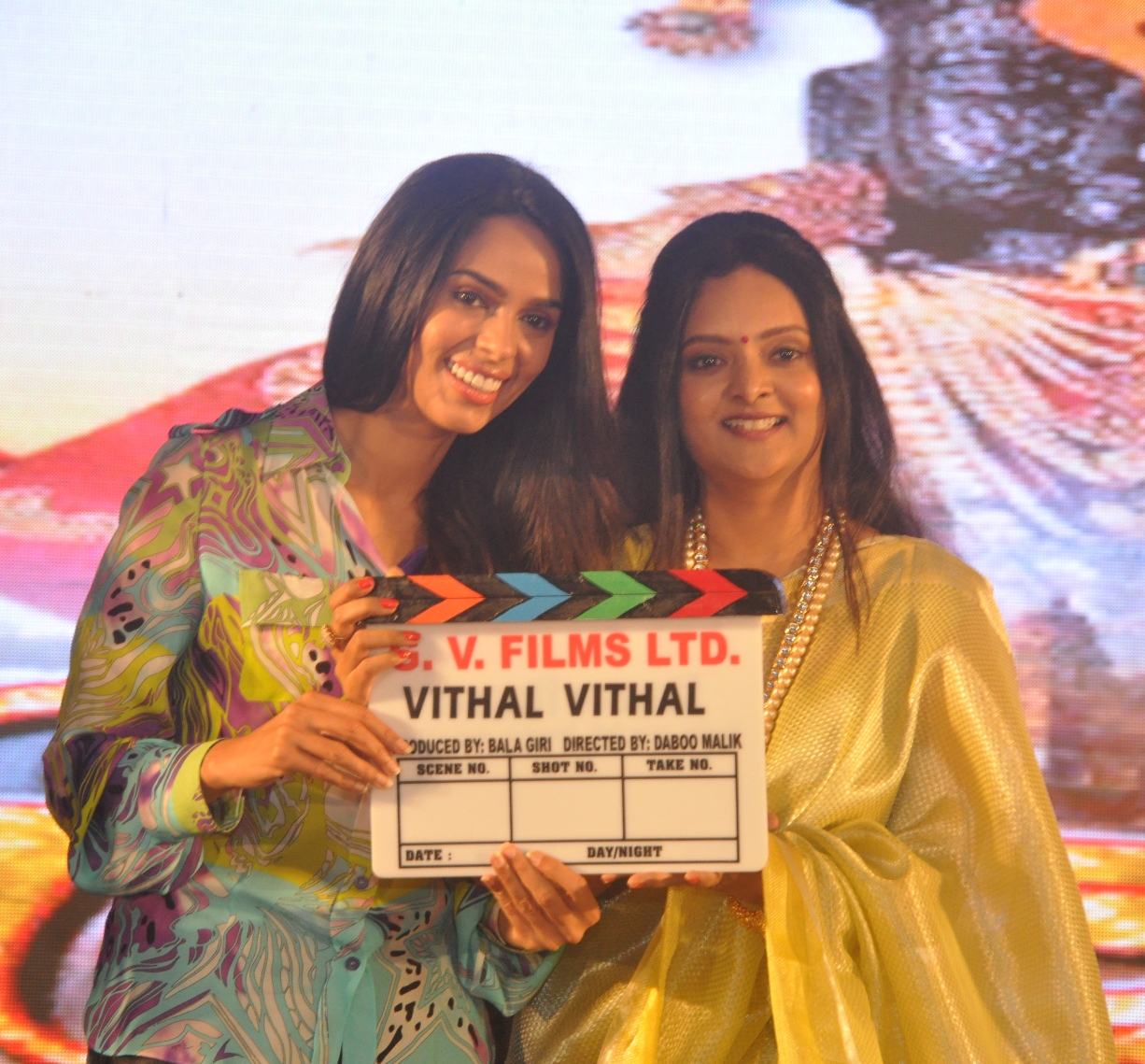