As the film keeps smashing box office records, the country is going gaga over Baahubali’s VFX. Whether it’s the grandeur of the waterfalls in the opening scene, the epic war sequence, or the fight sequence of Rana’s character Bhallala Deva fighting a bison, Baahubali has taken VFX in Indian cinema to new heights. And the man behind it is the film’s VFX supervisor Srinivas Mohan, who co-ordinated with 16 different VFX studios over a span of two-and-a-half-years, to help director Rajamouli’s vision come to life.

Srinivas says that he had also worked on a short sequence for Eega. “I took up this project mainly because of Rajamouli Sir,” he says, “There’s excellent execution in all his movies, especially in Magadheera and Eega.” While Srinivas has worked extensively with CGI in the past with Rajinikanth starrer-Robo, Baahubali posed a whole new challenge. “The main difference was, in Robo we tried using multiplication and only in the end used complete CGI. In Baahubali, almost all the movie — the war sequence, avalanche scene,  fight with bison, the waterfall... all of them had CGI elements.”

Among the challenges for the VFX team, he says, was managing the quality of effects within the budget, as well as just finishing the movie on time. “Just a month before release, Rajamouli asked if we could cut out the avalanche scene altogether, since he had a back up for it,” he recalls, “I told him to hold on for a few days to fine tune it, since he hadn’t yet seen the final 100 per cent render. But when he saw the final result, he was thrilled and it made the cut.”

While VFX may be his current passion, Srinivas says that he never really thought about it until later in his career. “I joined college but had to quit after my first year,” he says adding, “I started working as a lorry cleaner, then as an electrician. Then I went into audio-cassette making, with song selection, then onto computers and programming and animation. Another friend then helped me train in animation design. I even designed a few logos for Kamal Hassan, and it took off from there.”

“One movie which really struck me was James Cameron’s Abyss,” Srinivas says, talking about his inspirations, “There’s a scene where a character comes out from the water, and that was a stunning visual that stuck with me. Only after I started doing VFX, I realised how things like those were done.” Success hasn’t changed him either, he thinks, and though he’s moving on to big things (like Shankar’s new movie which he can’t talk about until it’s officially announced) he says, “For me there’s no difference between the kind of work I did back then, and now. Situations may have changed, but the way we work is the same. Even doing house wiring as an electrician and now VFX... It’s just about what the requirement is.”

Made On a tight schedule 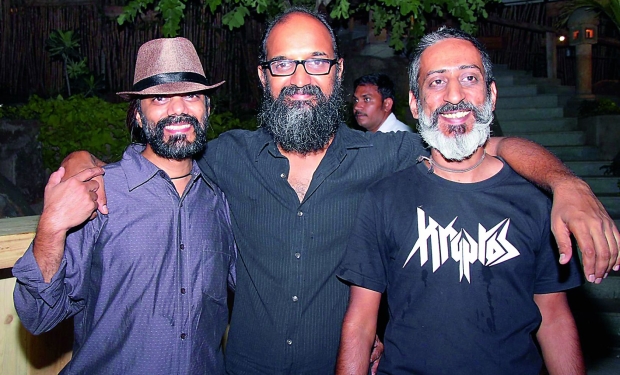 As one of the studios that worked on Baahubali, Hyderabad-based Firefly Studios has gained recognition as one of South Indian film industries’ leading VFX studios. Sanath P.C., co-founder and VFX director at the studio explains Firefly’s claim to fame: “We started in 2012, and our first project was Chiranjeevi’s Anji for which we got a National Award. It was the opening we needed into the film industry, because we were also one of the first VFX studios to open in Hyderabad. We then worked on Tagore, Indra... quite a lot of Chiranjeevi’s movies!”

The brainchild of Phani Eggone, Nagesh H.N. and Sanath P.C. — all classmates from the National Institute of Design — Firefly has also worked on preproduction for Rajamouli’s earlier movies, like storyboard and animation design. For Baahubali, their main contribution to the project was the avalanche sequence. “It took us a month just to finalise how it was going to look,” Sanath reveals, “We did the shoot towards the end of the schedule, in Bulgaria where I went to supervise. After the shoot, we worked almost three months on simulations and rendering. We delivered it only a couple of days before the film’s release.” 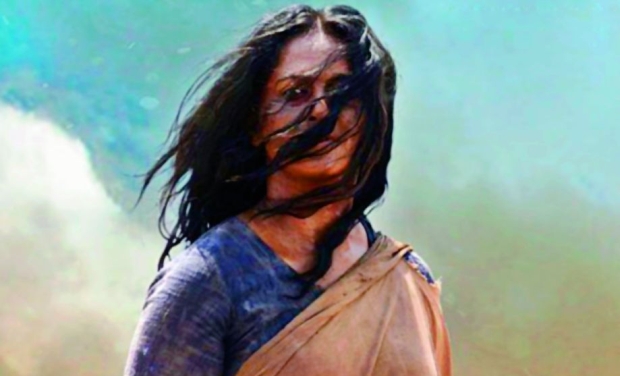 Prasad EFX has been around for 20 years, and if there’s one thing they know, it’s the impact good visual effects and animation has on a film’s production. From digital multiplication to background animation and even cosmetic touch ups, their contribution to Baahubali has been appreciated by many. “We’ve been working with Rajamouli since Simhadri,” says Sreenivas C.H., Head of VFX at the company, “In Baahubali, there’s also the head cutting shot where Adivi Sesh’s character is decapitated, and Sathyaraj is also present in the scene in the movie. Since Sathyaraj wasn’t present while shooting the scene, we mapped his head onto a duplicate actor and created his face in 3D.”

Working on Baahubali for a combined period of about eight months, Sreenivas adds that his team of 100 artistes in Hyderabad and Chennai also helped create Anushka Shetty’s aged look in the movie, digitally adding wrinkle and white hair to her character, as well as parts of the grand war sequence. “Even though the scene was shot with 3,000 people, we made it appear as though there were 50,000,” he says, “We also worked on about five minutes of the war sequence.”

Rana Daggubati to play a cop