2 killed, 10 injured in stampede during Rath Yatra in Puri

An injured is taken for treatment after a stampede during the Rathyatra in Puri (Photo: AP)

Puri:  Around 15 lakh devotees witnessed the century's first Nabakalebar Rath Yatra of Lord Jagannath which was marred by stampede like situation in which two women were killed and 10 others injured here today.

Festivities during the world famous festival were marred by stampede-like situation during pulling of chariots on the Grand Avenue in which two women were killed and around ten others injured, a senior officer said.
"Two women died in the incident and some injured persons were taken to district headquarters hospital," Chief District Medical Officer (CDMO) of Puri, Gyanendra Sahu said. Two of the injured persons were referred to SCB Medical College as their condition was critical, he said. Barring the mishap caused by pushing and shoving on the Grand Road which saw massive surge of humanity, the festival passed of peacefully, DGP Sanjeev Marik said. 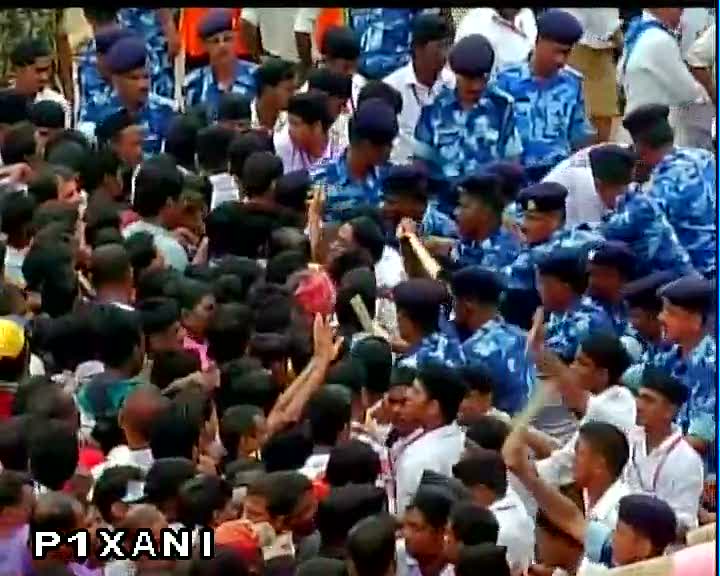 Lakhs of devotees from across the world converged at the pilgrim town to witness commencement of the nine-day journey of the new idols of Lord Jagannath, Lord Balabhadra and Devi Subhadra to Gundicha Temple and back to their abode. Devotees from all walks of life made a beeline to the town since yesterday for the world famous annual festival of chariots to catch a glimpse of the presiding deities of the 12th century shrine of Sri Jagannath.
A host of VVIPs including Governor S C Jamir and Chief Minister Naveen Patnaik witnessed the mega event. Also present were Union Tourism Minister Mahesh Sharma, Tribal Affairs Minister Jual Oram and Oil Minister Dharmendra Pradhan. Enthusiasm and excitement ran high among devotees as the deities remained indoors for 45 days this time due to Nabakalebara marking change of bodies of the Lords, which took place after a gap of 19 years.
"Naba Jaubana Darshan" of deities was held yesterday as they remained confined in "Anasara Pindi" (recovery chamber) after the grand bath on "Snana Purnima" on June 2. Police have made elaborate arrangements to provide a thick security cover by deploying about 10,000 personnel besides putting air and coast surveillance in place. "Besides engagement of many senior officers, 164 platoons of force were deployed at strategic points," IGP and Officer on Special Duty Soumendra K Priyadarshi said. 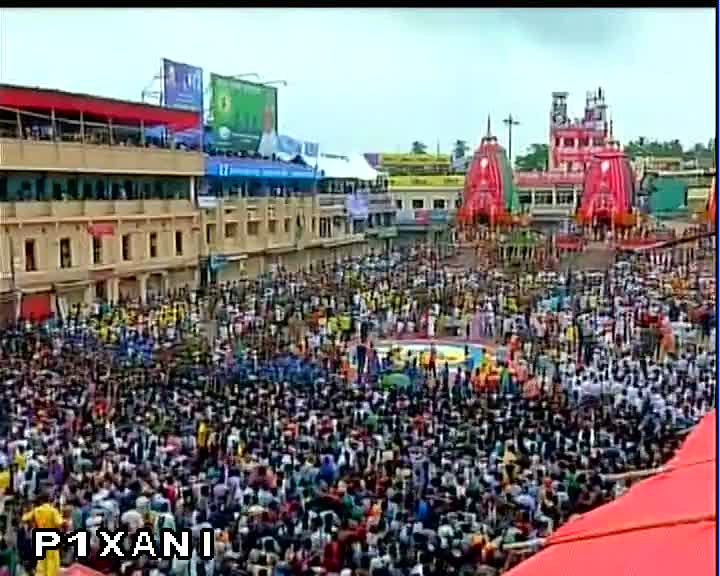