Watch: How many iPhones would it take to you save you from a bullet?

London: A new experiment found out how many iPhones will be required to save you from a bullet or selective-fire Soviet Union assault rifle. 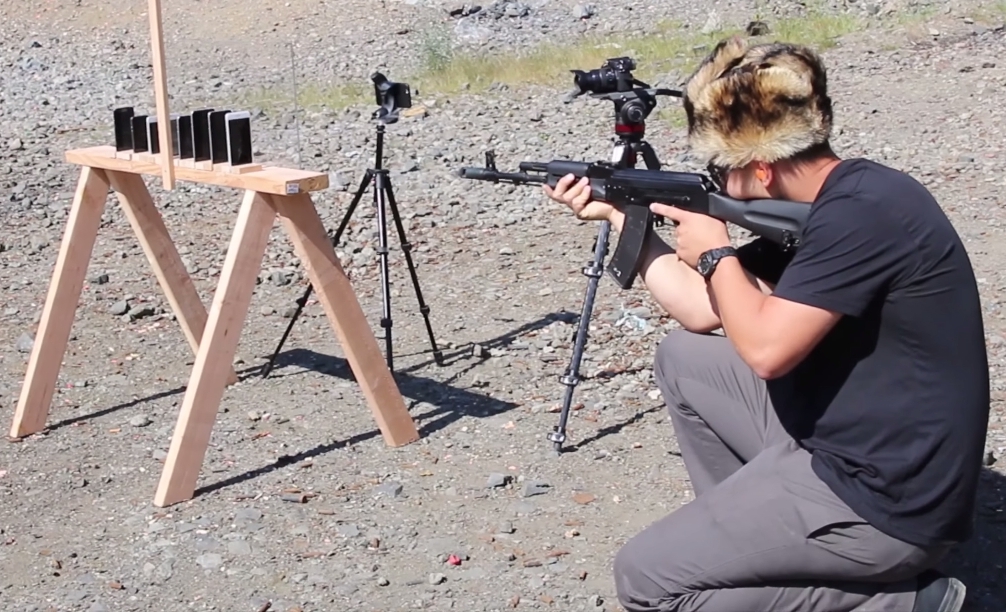 The experiment conducted by a YouTube user, EverythingApplePro, used almost eight iPhones ranged from the latest iPhone 6 Plus to the 2013 iPhone 4S aligned it in a straight line and then fired world's most iconic weapon, AK-47, or Kalashnikov at the smartphones, the Daily Express reported.

The test resulted that it takes upto five iPhones to save users life as AK-47 round blasted through the first five smartphones.

The YouTube video, which is trending on social media, has already been viewed by more than 4,488,800 viewers.