Day after stampede, AP steps up measures for smooth conduct of Pushkaralu

Hyderabad: A day after a stampede broke out at the bathing ghat at Rajahmundry, the Andhra Pradesh government on Wednesday stepped up measures to ensure smooth conduct of the ' Pushkaralu' festival.

Heavy rush of pilgrims is expected on the second day of the festival today as it is 'Aadi Amavasya', considered auspicious to perform rituals.

Read: Andhra Pradesh meetings did not factor in stampede

An estimated 10.2 lakh people visited the ghats yesterday, East Godavari District Collector H Arun Kumar said. "Yesterday, we did some crowd computing. Based on that around 10.2 lakh (visited)," he said.

Read: Police remain mute spectator at ghats during the stampede 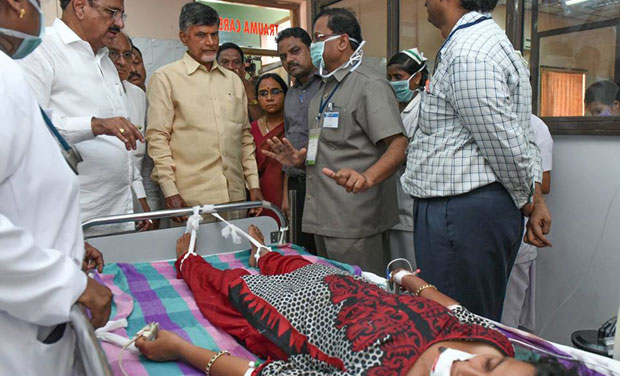 The pilgrims have been evenly diverted to various ghats and there is no pressure on any particular ghat, he said.

The administration is educating pilgrims that there are a number of ghats available for taking the holy dip and is also diverting people to different ghats, he said.

Read: Dip in only holy ghat lead to the stampede

Water sachets were being distributed to the pilgrims. Police have stepped up vigil and senior officers and personnel have come in, he said.

The number of pilgrims is expected to rise in the coming days, including over the weekend, as they are considered auspicious, he said.

27 people lost their lives in the stampede yesterday when the pilgrims rushed out of the gates at the Pushkar ghat in Rajahmundry.

Chief Minister N Chandrababu Naidu is staying put at Rajahmundry to oversee the arrangements, especially in view of the tragedy yesterday. 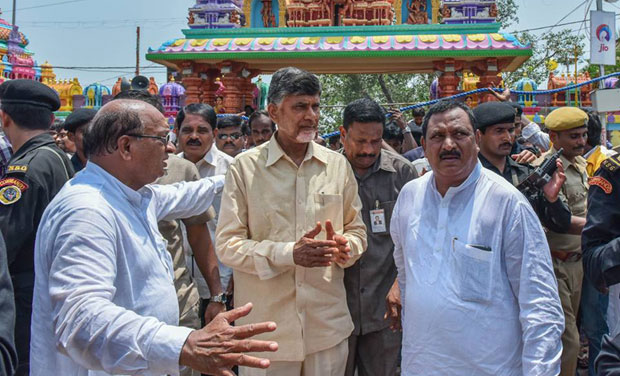 The state government is expecting about 3.5 to 4 crore footfalls during the 12-day Pushkaralu for which it has set up around 275 ghats.

The Pushkaralu, the rituals of taking holy dip in the river is celebrated once in 12 years in AP and Telangana. This year's festival is hailed as 'Maha Pushkaralu' in view of its astronomical significance as it comes once in 144 years.

East Godavari district administration has introduced the queue system for pilgrims to take holy dip in the river. Additional police force has been deployed on the ghats to maintain queues, an official said.

AP's Director General of Police J V Ramudu is monitoring the situation and has instructed the police personnel to take all necessary steps for smooth conduct of the festival.

Read: Stampede at Godavari Pushkaralu has Chandrababu Naidu in tears

"Every care is being taken for the safety of visiting pilgrims to Pushkaralu," AP Principal Secretary, Health, Poonam Malakondaiah said in a release.

The organisers are appealing to the pilgrims not to concentrate at a single ghat, but move to any of the 15 ghats in the city to prevent congestion and take the holy dip leisurely and in peace, she said.

Will you marry her: CJI asks govt servant accused of raping minor

No entry for women during ‘periods’ in Paipedu village pond