Spotted: Kajol and Manish Malhotra soak up the sun in Bulgaria

After nearly a decade fans will witness the magic of SRK and Kajol on screen. While the actor may be busy shooting on and off to complete the longest schedule of the film, Kajol seems to like going out and about on the streets with her long time friend Manish Malhotra. 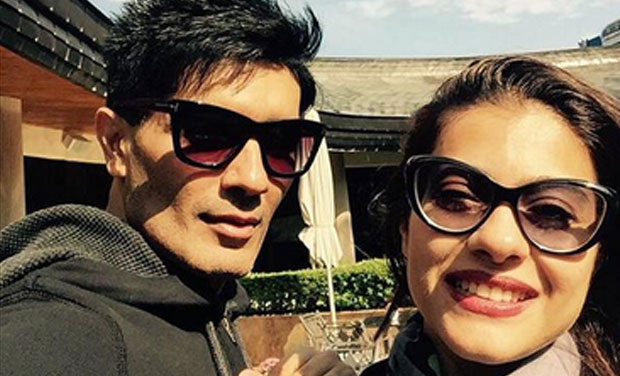 The duo were seen all smiles in black outfits with sunnies to soak up the sun in Bulgaria. Rohit who has collaborated with SRK in 'Chennai Express', had been planning 'Dilwale' for almost three years now. The pre-production started during 'Chennai Express' itself. The makers promise that this film is going to be in a completely new territory - completely different from the previous Rohit's flicks.