In what can be considered an interesting coincidence, it was at these very historic courts that Sania had won the women's doubles junior Wimbledon championship with Russian partner Alisa Kleybanova in 2003. (Photo: AP)

The trophy added to the list of firsts that Sania has against her name. She had become India's first woman player to win a Grand Slam when she won the Australian Open with compatriot Mahesh Bhupathi in 2009. (Photo: AP)

In Sunday's match, it was a remarkable turnaround for the top seeds as they were trailing 2-5 in the deciding set but made a stunning comeback to reel off five straight games to clinch the issue. (Photo: AP)

Vesnina was all fired up and her smashing volleys at the net put Sania and Hingis in a lot of trouble. The Russian was left distraught at the end of the proceedings as she had quite literally played out of her skin. (Photo: AP)

Sania was broken in the very first game of the match when Vesnina hit a volley winner from the net but the top seeds immediately broke back to avoid falling behind. (Photo: AP)

It was a remarkable lob from Hingis that gave them two break chances and they converted the second. (Photo: AP)

The second seeds broke Hingis in the fourth game of the decider to take a commanding 3-1 lead. Yet again it was Vesnina, who was electric at the net as she sank a winner after the longest rally of the match. (Photo: AP)

Sania hit a stunning service return winner to earn the fourth break point and Hingis' volley converted the chance. From 2-5, they won four games in a row to be in a position to serve out the match, which they eventually won. (Photo: AP) &#13;
Tags: tennis, sania mirza, ekaterina makarova, elena vesnina, martina hingis 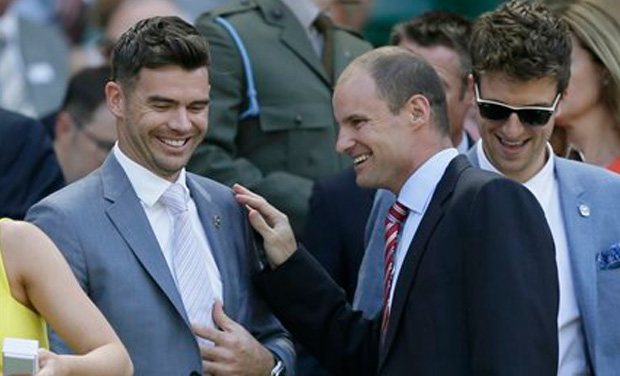