Mumbai: Couple of days ago singer Kanika Kapoor attended the Elephant Family charity ‘Travels to my Elephants’ hosted by Prince Charles and Camilla, Duchess of Cornwall.

The Elephant Family charity that has Prince Charles and Camilla as joint presidents, aims to protect the endangered Asian elephants from extinction. Kanika is set to perform at their once-in-a-lifetime celebrity auto rickshaw race this November in India called the 'Elephant Family Trek' to raise funds for the cause.

So when Kanika Kapoor was introduced to Prince Charles as Bollywood’s latest singing sensation, he couldn't resist attempting a few Hindi words himself. He was heard disclosing to her in their tête-à-tête that his favourite Hindi word is ‘Mehbooba’. What's more - he often even calls his wife Camilla his beloved Mehabooba. 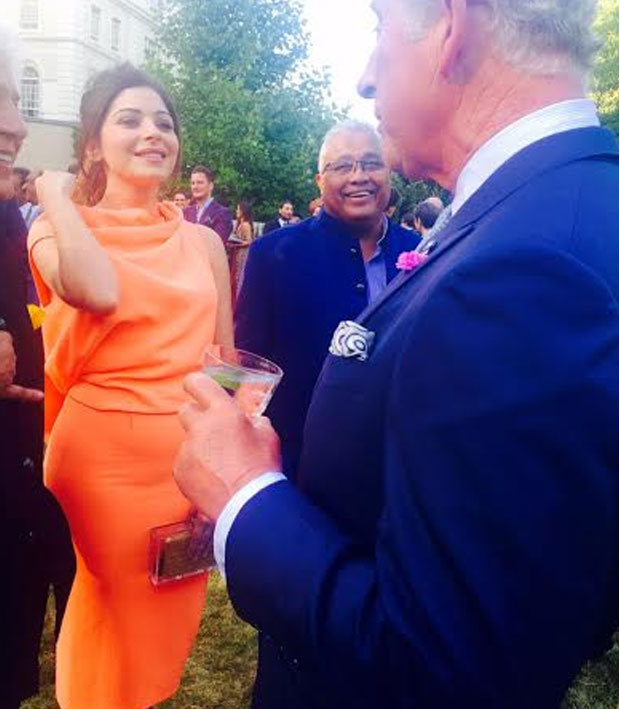 Alongside her, the race will also feature some very high profile celebrities and royalty such as actress Susan Sarandon, TRH Princesses Beatrice and Eugenie who will be partaking in the 500km epic Indian rickshaw adventure across Madhya Pradesh to fundraise for the charity.

In response to him, Kanika promised that she would use his favourite Hindi word in her upcoming songs.