Roger Federer will next face Spanish 20th seed Roberto Bautista Agut for a place in the quarterfinals. (Photo: AP)

Roger Federer of Switzerland, right, defeats Sam Groth of Australia in their singles match at the All England Lawn Tennis Championships in Wimbledon, London. (Photo: AP)

Federer will next face Spanish 20th seed Roberto Bautista Agut for a place in the quarterfinals. "I am very happy. It has been a hot week, the first week but thankfully I have had easy matches going through without too many long four or five setters," said Federer.

"Now we are looking ahead and there are only big matches," he added. 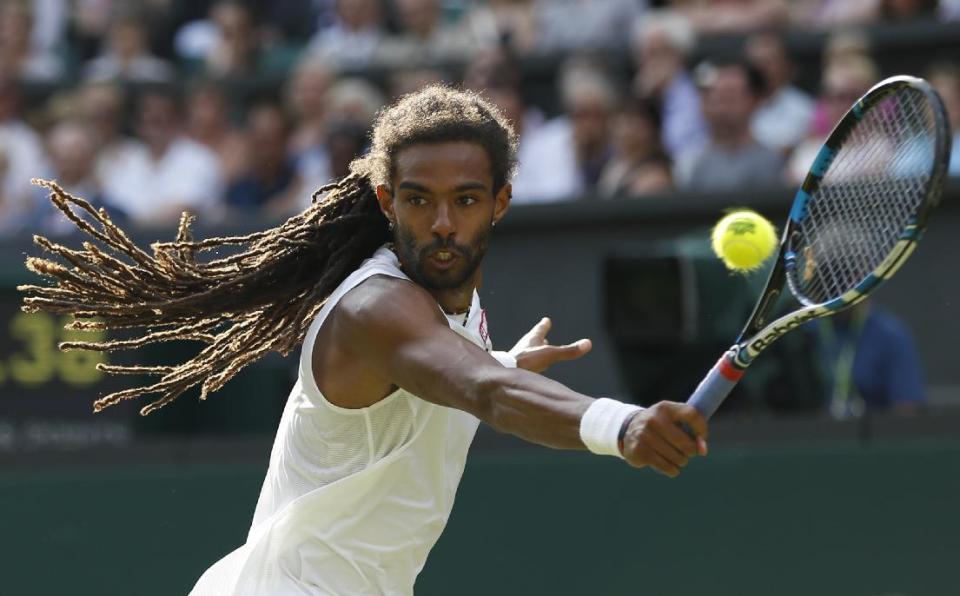 Brown joins Lukas Rosol, Steve Darcis and Nick Kyrgios who all lost their next match at Wimbledon after knocking out Nadal over the last four years.

Troicki goes on to face either British wildcard James Ward or Canada's Vasek Pospisil for a place in the quarterfinals. It is the 29-year-old Serb's first last-16 run at Wimbledon since 2012 and his best performance at a Grand Slam since returning from a 12-month drugs ban in July last year.

Brown came through qualifying at Wimbledon but defeat on Saturday meant a swift return to the daily grind. "The schedule is to go to the airport and take the earliest flight, because tomorrow morning I have club matches in Cologne, Germany," said the 30-year-old.

US Open champion Marin Cilic took just two games to see off John Isner on Saturday after returning to finish off their third round match poised at 10-10 in the final set.

"I was playing yesterday really good and I was close to finishing it off. I think throughout all the match I was the one who was putting more pressure on the returns," Cilic said after winning on a fifth match point having had a first match point in the 12th game of the decider on Friday.

Cilic sent down 35 aces to Isner's 37 and next faces wildcard Denis Kudla, the last American man in the tournament, for a place in the quarterfinals.

Danish fifth seed Caroline Wozniacki reached the last 16 for the fourth time with a comfortable 6-2, 6-2 win over Italy's Camila Giorgi. "I was very happy to win this one. I know that Camila is such a tricky opponent. She hits so hard. I was just trying to get every ball back. I was really pleased how I managed to keep my composure," said Wozniacki.

Muguruza, who made the French Open quarterfinals this year, saved nine set points in the opener on her way to a first appearance in the second week at Wimbledon.

Later Saturday, 2013 champion Andy Murray, the third seed, takes a 6-1 career lead over Italian veteran Andreas Seppi into their third round showdown. Seppi knocked Federer out of the Australian Open in January but his only win over the British star came back in 2006 in their first meeting. Sixth seeded Czech Tomas Berdych faces Spain's Pablo Andujar.

Defending women's champion Petra Kvitova, who has only dropped three games, faces Serb 28th seed Jelena Jankovic. Kvitova has a 4-2 lead over Jankovic but the two have never met at a Grand Slam.