The news about Microsoft planning to introduce a high-end phablet isn’t a rumor anymore. A new list posted by GFXBench confirms that Microsoft will launch the Lumia 940 XL tablet in the next few months.

Codenamed as Nokia RM-1100, the new tablet will basically feature a 5.7-inch (2559x1440 pixel) display and is expected to be powered by an octa-core processor. This phablet will offer 14GB on-board storage, with expandable option via microSD card. 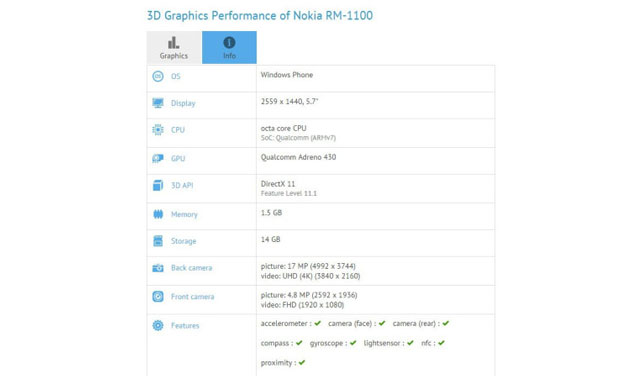 On its camera front, the Microsoft Lumia 940 XL phablet will sport a 17MP rear snapper and 4.8MP front-facing camera. Running on Windows 10 operating system, the Lumia 940 XL handset is also expected to be fuelled with a 3,330mAh battery.