‘Achche din’ not for those who looted nation, says Narendra Modi

New Delhi: Marking the first anniversary of the NDA government, Prime Minister Narendra Modi on Monday presented a report card for one year which he asserted has been free of corruption and scams but has brought "bure din" (bad days) for those who have "robbed" the country in their 60 years of rule.

Attacking the previous UPA government, Modi said one more year to that government would have "sunk" the country and that now there were no stories of a scam involving "son-in-law or a son" of a political leader happening. "Some people are very troubled these days. Their trouble is with the fact that 'achche din' has come to all people but 'bure din' for them. Those whose 'bure din' have come, they are troubled. They are shouting. Because for 60 years, in Delhi's political corridors, only their voice was heard and the country was run as they wished.”

"I did not give guarantee of 'achche din' for those who looted the nation for years. We will run the country in a way that there will be more 'bure din' for them and their troubles will increase. Your money can't be looted by anyone," the Prime Minister said at a public rally here at the birth place of Deen Dayal Upadhyay, a BJP ideologue. BJP has planned nearly 200 public rallies by its main leaders across to mark the first year of the NDA government. 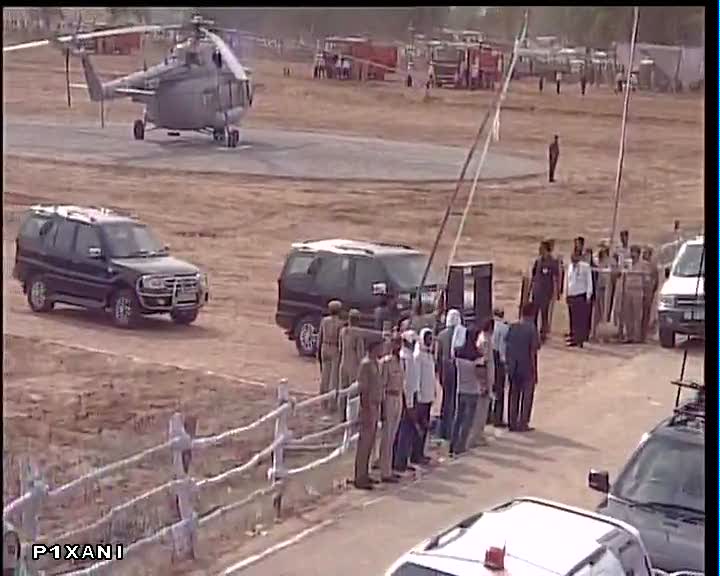 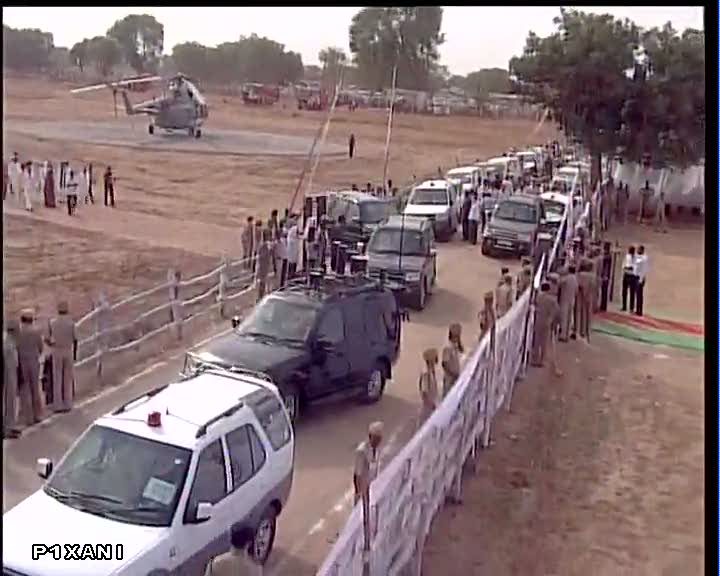 However, Modi, who made a very pro-farmer and pro-poor pitch during his hour-long speech, did not mention the contentious land acquisition bill, on which his government is facing tough opposition even from NDA allies. Noting that thoughts of three leaders "shaped us in the last several years - those of Mahatma Gandhi ji, Lohia ji and Deendayal ji", the Prime Minister said he therefore picked the "Deen Dyal Dham" to share the one-year achievements of his government.

Earlier, the government was run by the remote control and every day a scam or corruption case was coming out, Modi alleged and asked people if "you have heard about any scams, any nepotism, any remote control in the last year?" Reminding people of the "corruption scandals" during the UPA regime, Modi asked them whether those bad days have gone or not.

Claiming that his government has brought to an end the "loot" in the country, the Prime Minister said that he is the "pradhan santri, pradhan sevak and pradhan trustee" of the country's resources and will not allow its loot. Attacking Congress without naming it, he said that in the run-up to the Lok Sabha polls, he had promised that he would not allow any "panja" (hand) to touch the nation's treasury.

Congress' election symbol is hand. "In Delhi, power circles dominated more than any power centre... Abhimanyu had to destroy eight power circles. There were hundreds of power circles here. With your blessings, those hundreds of circles of power have been destroyed now," he said claiming that the NDA government has brought an end to nepotism and middleman culture.

Recalling that former Prime Minister Rajiv Gandhi used to say that only 15 paisa of one rupee sanctioned in Delhi reach the intended villages, Modi said that the NDA government has made arrangements that 100 paisa of the money reach intended beneficiaries and are not guzzled by tauts. "We have succeeded in bringing to an end the business of loot, blackmarketing," he said as he made a contrast between the functioning NDA government and that of UPA.

Under attack from the Opposition for being pro-corporate and anti-poor, Modi sought to project the government as one, which is dedicated to the poor, farmer and deprived.

Putting the blame on previous governments for the poor plight of farmers, he listed a number of measures like Jan Sinchai, Soil Health Card and other measures taken by his government to provide succour to the farming community. Claiming that his government is moving forward to provide good governance in tune with the ideology of Gandhi, Lohia and Upadhyay, Modi talked of the "miracle" that has happened after the new government came.

"Who brought this change, this miracle that has happened, the wave of enthusiasm is rising. Had elections not happened in 2014 and had they got one more year, how much the country would have sunk deeper. What would have been the situation of the country had you (people) not taken such a big decision? "As long as we do not decide from where we have come out, we cannot decide where we have reached. What was the situation in the country last year, when UPA was in power," Modi asked.

With the Opposition targetting Modi government over BJP's 'achche din' slogan, the Prime Minister countered it saying that his government has freed the country of bad days, bad intentions and bad deeds in last one year. Alleging that there there used to be a scam every day during the UPA regime, he said, "There used to be a case of corruption every day and officials and leaders had to go to jail. There was a scam in sports. What was the condition. How bad were the days then? What a bad atmosphere was there? Then the people of the country took a big decision." Going interactive with the audience, the Prime Minister asked them whether corruption, scams and blackmarketing have stopped or not after the NDA government came to power.

"You tell me have the bad days gone or not, bad deeds stopped or not, bad situations changed or not. For the last one year, have you heard about any scams from anywhere, any news of nepotism, any news of remote control," he asked. The Prime Minister, who had frequently taken barbs at Congress President Sonia Gandhi's son in-law Robert Vadra also asked the audience, "Have you heard about the news of any son-in-law of any neta, any news of any leader's son?" Alleging that the UPA government had given coal mines at throwaway prices, Modi said that within one year of his government coming to power, 29 out of 200 coal mines were auctioned, which fetched 3 lakh crore to the treasury.