Kathmandu: Thousands of centuries-old homes could be demolished in Nepal's historic cities as the government begins the long process of tearing down buildings rendered unsafe by last month's 7.8 earthquake.

More than 600 temples, statues and museums across the country were damaged in Nepal's deadliest earthquake on record, including Kathmandu's 200-foot Dharahara Tower, built in 1832, which collapsed.

The government has pledged to restore the damaged monuments, a magnet for foreign tourists.

But hundreds of private houses that authorities deem a risk to passers-by in Bhaktapur, one of several quake-hit mediveal cities, may face the wrecking ball, raising fears among conservationists that Nepal's heritage will be lost in the rush to rebuild.

"Those buildings which pose a risk to others will be brought down," Bhaktapur's chief district administrator, Anil Kumar Thakur, told Reuters.

"If the owners do not dismantle them on their own, we will bring them down."

Metres from the 15th century Dattatreya temple, one of the oldest in Bhaktapur, the army has already started demolition work in the narrow lanes that wind through the city.

On Sunday, a dozen army and police officials arrived at the brick home of Bhagawati Dev and started pulling it down, using a rope strapped over the top of the building.

They later stopped, realising they would damage neighbouring homes that were still intact and destroy the 300-year sal wood window carvings when the building came crashing down.

"I have been living in that house since I got married," Dev told Reuters. 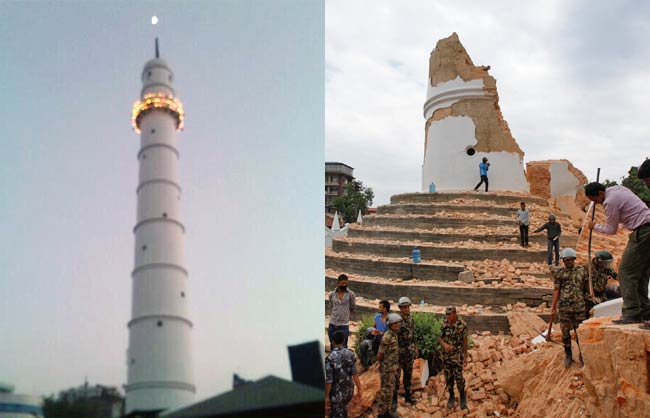 "When they tried to pull it down my heart was breaking so I cried. That is the only thing we owned."

Dev's son, Devesh, said the family would try to remove the window frames, which can fetch $3,000 each, by hand and sell them to raise money to build a new house.

The family said it would like to rebuild their home in its original style with the intricately carved exposed wooden beams, but that they lacked the money and so would opt for a one-floor concrete home that was cheap and quick to put up.

In Sankhu, another ancient town close to Kathmandu, residents said they had been given until May 26 to remove what they want from their old homes before demolition begins. Bhaktapur conservationist Ravindra Puri said he was planning a crash course for locals on how to preserve and restore what can be retrieved before it is too late. 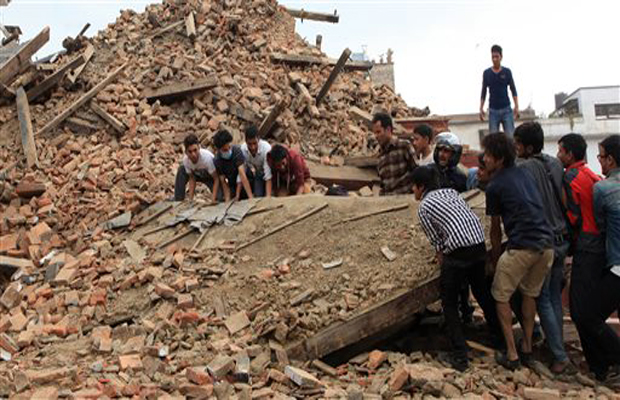 "More houses are going to be demolished by the people than by the earthquake," said Puri.

"What Bhaktapur has, I have seen nowhere else in the world... It used to be the most beautiful city in Nepal."

Rajnath for freedom of navigation in South China Sea