Piyush Chawla - playing in IPL for eight years - is yet to bowl a no-ball. (Photo: BCCI)

Mumbai: He spun into the cricket pitch after Sachin Tendulkar failed to pick him in the Seniors versus India B final clash in the Challenger Trophy (2005-06). But Piyush Chawla appeared in only three Tests and 25 ODIs for Team India till he found oxygen in the Indian Premier League (IPL). The leg-spinning all-rounder is the only bowler who – even after bowling more than 350 overs in the IPL – is yet to bowl a no-ball. 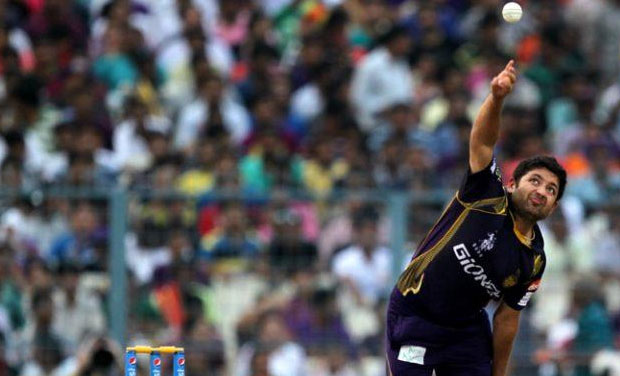 Ironically, he also conceded the most sixes in the cash-rich T20 tournament.

Nonetheless, Chawla started his IPL career with Kings XI Punjab in 2008. He went on to become one of the leading wicket-takers for the franchise. The 26-year-old was sold to Kolkata Knight Riders (KKR) in IPL 7 and the southpaw hit the winning runs for the Gautam Gambhir-led team in the final against his previous team, Kings XI.

However, Chawla has 109 wickets in as many games with best figures of 4/17.

As of now, he is busy enjoying the limelight both on and off the pitch for KKR.

Apart from shining in the middle, he is also glowing on the commercials. Take a look.

■IPL 8: 'I was in bed for two days after World Cup semifinal loss'
■IPL 8: 5 facts about AB de Villiers that will shock you