Changsha, China: A Chinese construction company is claiming to be the world's fastest builder after erecting a 57-storey skyscraper in 19 working days in central China.

The company, which has ambitions to assemble the world's tallest skyscraper at 220 floors in only three months, worked on Mini Sky City in two spurts separated by winter weather. Its time-lapse video of the rapid assembly has become popular on Chinese video-sharing sites since it was first uploaded on YouTube. 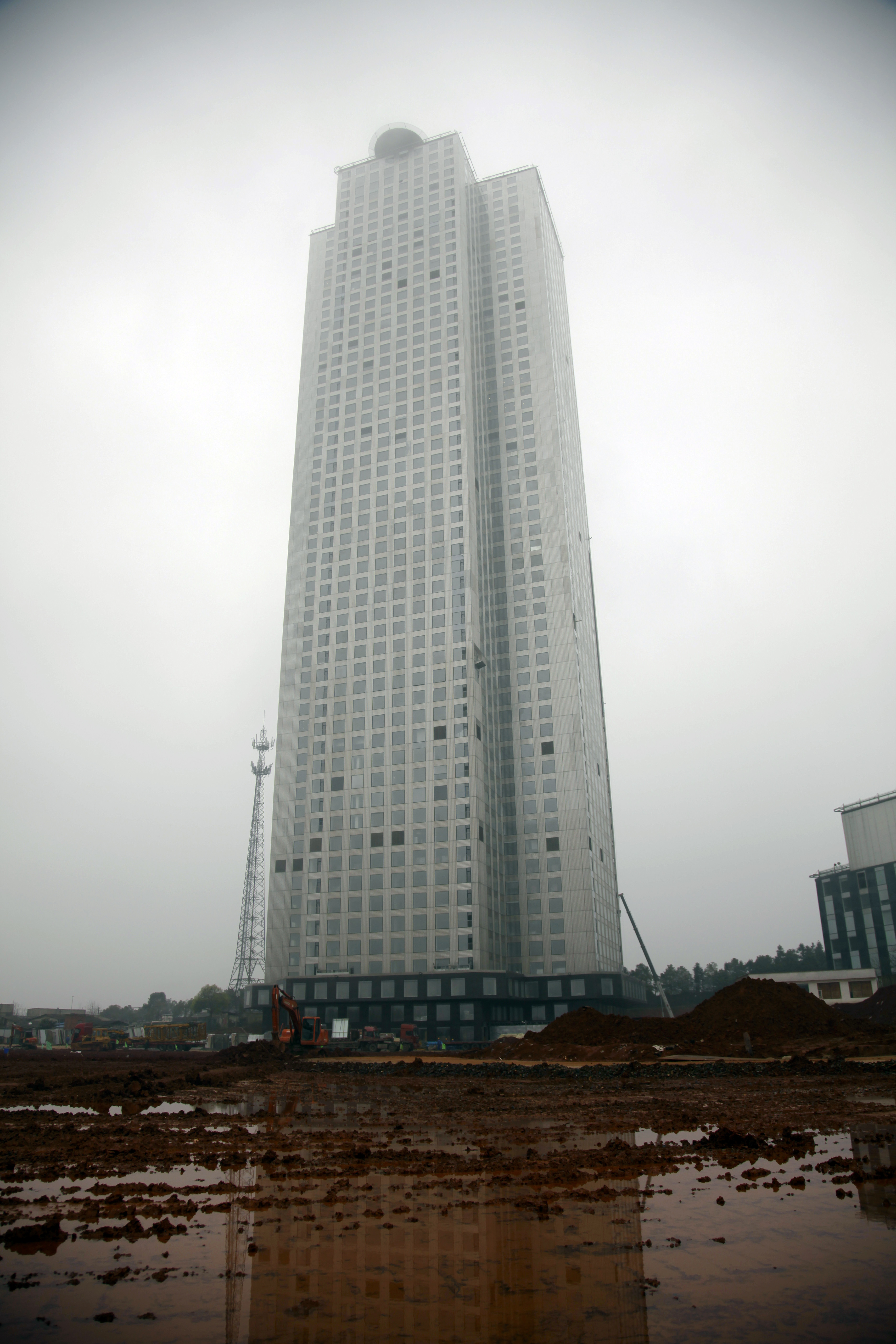 "With the traditional method, they have to build a skyscraper brick by brick, but with our method, we just need to assemble the blocks," company engineer Chen Xiangqian said.

Such modular approaches have been used for high-rise apartment blocks elsewhere, including in Britain and the US. Some critics say the method could lead to cityscapes with overly uniform architecture.

Liu Peng, associate director of the engineering consulting firm ARUP Beijing, said the method is worth developing because it could become a safe and reliable way to build skyscrapers rapidly.

"But it is not perfect, and it does not meet all kinds of personalized demands," Liu said. "People nowadays want more personalized architecture."

Mini Sky City, which has 19 atriums, 800 apartments and office space for 4,000 people, goes on sale in May. The structure is safe and can withstand earthquakes, Xiao said.

The Changsha-based company spent 4˝ months fabricating the building's 2,736 modules before construction began. The first 20 floors were completed last year, and the remaining 37 were built from January 31 to February 17 this year, Xiao said. The company has honed its technology to accelerate its construction speed from two floors to three floors a day, he said.

"This is definitely the fastest speed in our industry," Xiao said.

The company is awaiting approval for its 220-floor Sky City in Changsha.