Mahesh Bhatt has a big task of bring the lost glory of Emraan at the box office.

Mumbai: When movies get a good opening at the box office everyone is happy. But when it turns out to be a dud, the unfortunate blame game begins. Vishesh films last release 'Mr.X' produced by Fox Star Studios starring Emraan Hashmi turned out to be a dud at the box office. Shockingly Mahesh Bhatt who is considered to be one of the most sensible voices in the industry blamed the marketing team of Fox Star Studios for the debacle. He was quoted in Mid-Day saying, “I am the leader, so I will not blame anyone for my mistake. But yes there are voices in my office, which said that, 'Mr. X' was not marketed well. The film’s failure to get a good opening was attributed to the signals that the marketing team was sending to the audience. But as good partners, Fox and Vishesh Films have sorted out all differences and are gung-ho about Hamari Adhuri Kahani.” 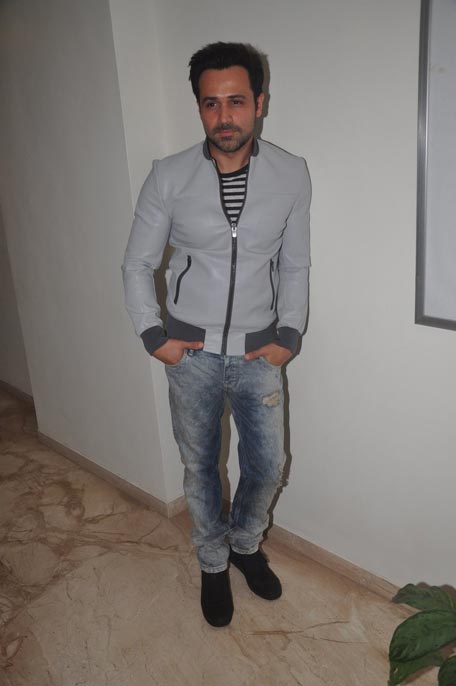 Emraan Hashmi’s 'Mr. X' has opened to approximately 4.9 cr making it to one of the highest box office day 1 collections of 2015. It has surpassed movies like 'NH10', 'Shamitabh', 'Badlapur' in terms of the first day collections. In fact, till date it's in the top-10 grossers of 2015. Emraan Hashmi who was scared from the beginning went all out to promote the film with innovating ideas initiated by the marketing team. Vishesh films expected much more from Emraan but if the audience has rejected the actor and they didn’t like the content, there is nothing anyone can do. In fact earlier films of Emraan like 'Ungli', 'Ghanchakkar', 'Raja Natarwarlal' and 'Ek Thi Daayan' also didn’t live up to the expectation despite aggressive marketing.

No wonder Mahesh Bhatt took back his words and changed his stance.

I will not pass the buck of the failure of Mr X to the Fox marketing team. We at Vishesh must take things in our stride & move on!

Vishesh and Fox Star Studios have had a long-standing association in the past with movies like 'Jannat 2' and 'Raaz 3D', 'City Lights' and 'Khamoshiyan'. Their next includes includes Mohit Suri’s next 'Hamari Adhuri Kahani' which brings back Emraan Hashmi and Vidya Balan.

But Emraan’s stakes are dropping. Once called the Salman Khan of single screen is now finding it hard to deliver. Vidya Balan is also a non-box office actress going by the verdict of her last release 'Bobby Jasoos' in 2014.

The bigger fear is that there will be lot of expecations from Mohit Suri who returns after giving two 100 crore films back-to-back. With Emraan and Vidya, Mahesh Bhatt has bigger things to worry about rather than playing the blame game. But we hear the marketing team of Fox Star has already chalked a well-thought-of-plan for this film as well.

‘Never had any qualms about screen time: Poorna