Dharahara tower in Nepal before and after the earthquake. (Photo: Twitter/Swapnil Ghangale)

Kathmandu: Social media is a chronicle of life, and sometimes death. So perhaps it should be no surprise that a site of great human and cultural loss in Nepal's devastating earthquake is now barraged with the clicking of smartphones. 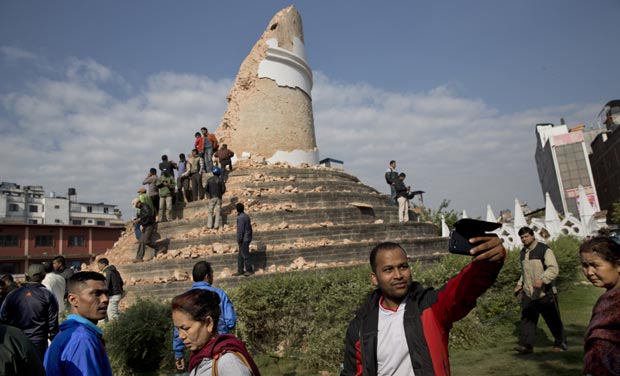 Near Kathmandu's famed Dharahara Tower, a historic nine-story structure reduced to an enormous pile of red brick dust, dozens of people clambered around the debris clicking selfies and photos of their friends posing in front of the wreckage. The tower was one of the country's most treasured monuments, and was photographed far more than other buildings destroyed by Saturday's quake. 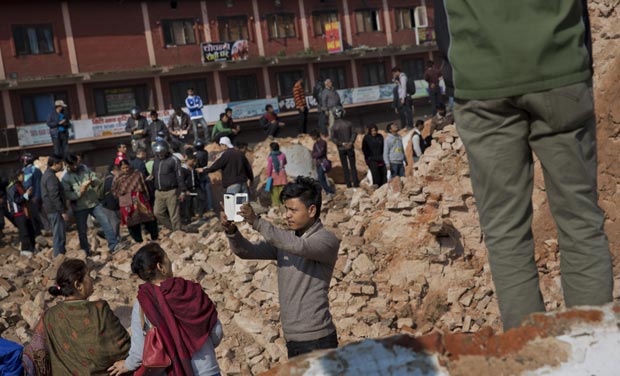 It is unclear how many people were killed in the tower, but it was believed to have been filled with tourists.

Pawan Thapa, a 21-year-old business student who arrived from the suburbs to try to help with the recovery effort, was dismayed by the scene. Some of those taking pictures were smiling for the camera. 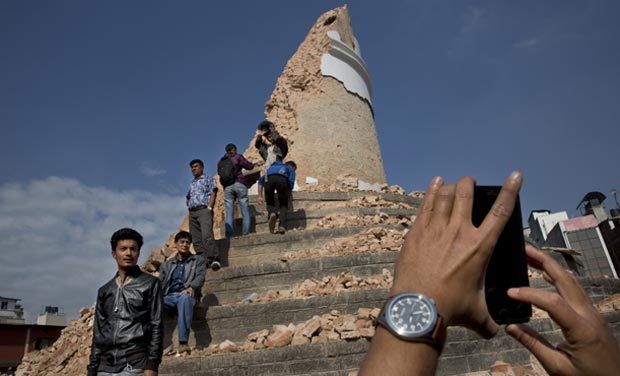 "This is earthquake tourism. This is not right," he said. "They are more interested in clicking their selfies than understanding that it is a tragedy." 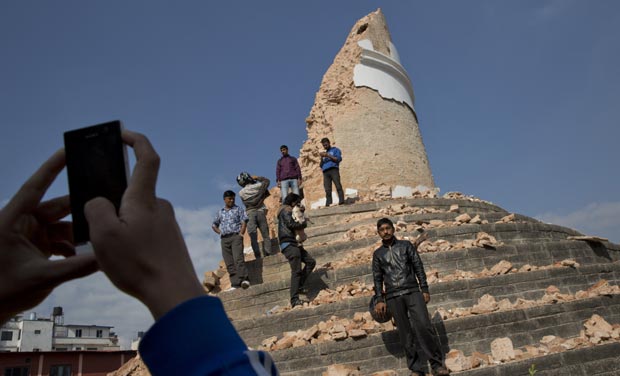 Most of those taking pictures, however, did not appear to be tourists but area residents capturing the devastation of the community, and the loss of a landmark that had helped define it.

Trump may run for 2024; says we've gone from America first to America last in 1 month

New restrictions in Europe as China resorts to mass testing

Why is the military taking control in Myanmar?