IPL 8: ‘I was surprised by Chris Gayle not playing,’ says Suresh Raina

"Definitely. I think when he and Virat were batting, I thought they can finish the game, but when he (de Villiers) got out we thought we can win, but at the same time we were wary of Virat who had the ability to finish the game on his own," he said.

Raina expressed surprise over Chris Gayle's omission from the RCB squad and gave credit to his bowlers, especially Ashish Nehra, for a good performance.

IPL 8, RR vs KXIP: Only foreign cricketers in times of trouble?

"I was surprised by Chris not playing but I think Virat is the guy who thinks positive and the other guy (de Villiers) has also played so many good knocks for South Africa," he told reporters at the post-match news conference here.

However, RCB's Iqbal Abdullah said Gayle himself decided to opt out of match as there were a lot of games yet to be played.

"Gayle himself opted out of the match as there are many more games left in the tournament," he said.

On Nehra, Raina said the Delhi bowler has been rendering consistent service to Indian cricket for the last 15 years and is a seasoned campaigner.

"He has been amazing for the Indian cricket for the last 15 years and he really bowled well for CSK. I think we have the most experienced bowler and at the same time, he knows when to attack," he said.

"Nehra always enjoyed others' success and that's the key to his bowling. He also gives solution to Mohit and (Ishwar) Pandey, and also other bowlers," he added. 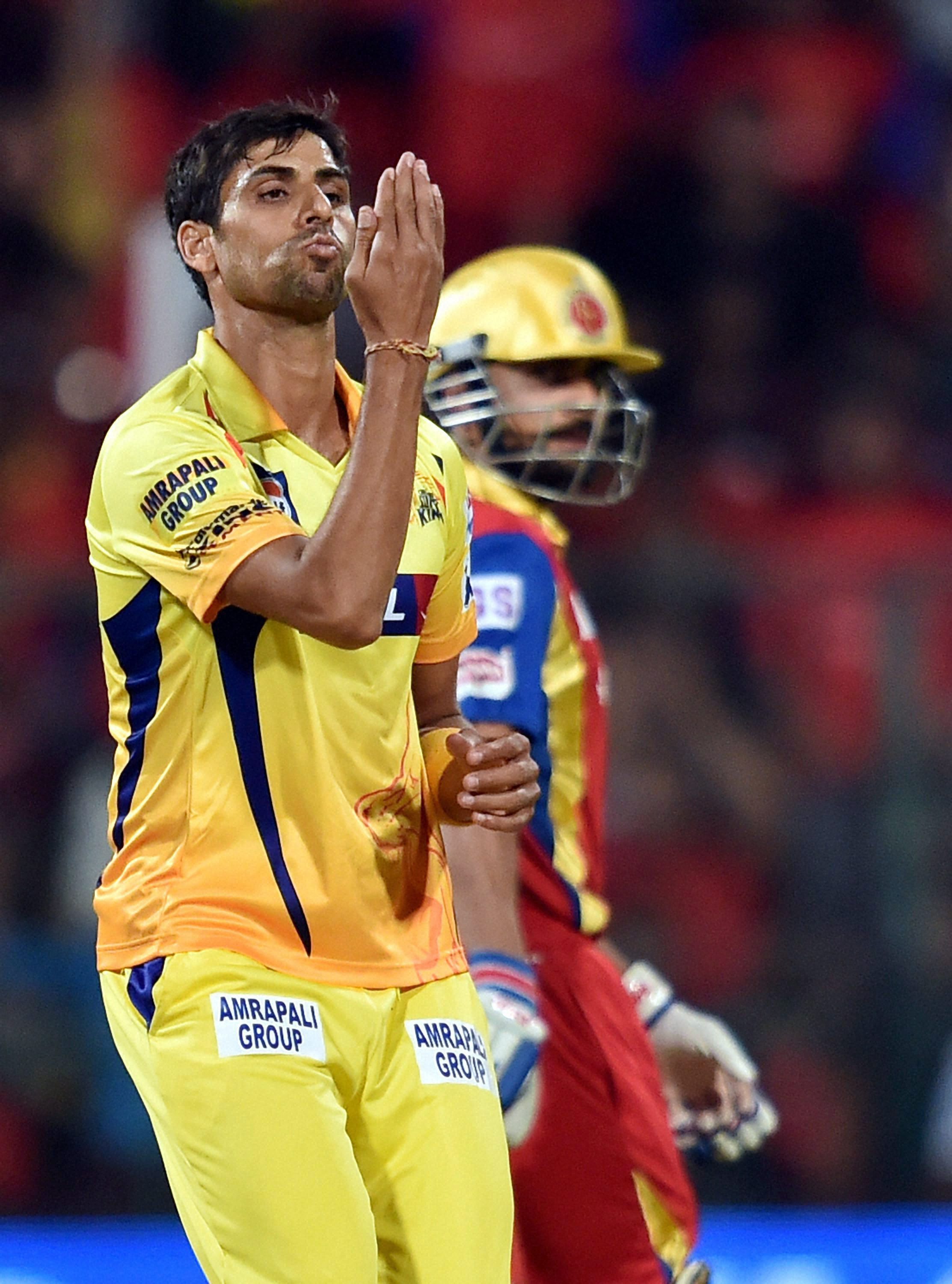 Raina also praised Dwayne Smith and Faf Du Plessis for forging crucial partnerships with him in different stages of the match.

"Smith batted really well alongside Faf. We had very good partnerships, especially six overs were very crucial for us and I was thinking I should have been there for two more overs," he said.

The city has been a happy hunting ground for him and last time around, CSK won the Champions League final against Kolkata Knight Riders.

"It is a good ground for me. Last time we won here in the finals of the Champions League against KKR," he said.

Raina said his gameplan for Wednesday's match was different as he adopted an aggressive approach from the very first ball which paid off.

"My plan was different. I looked to be positive from ball one and it paid off," he said.