The Paris-Roubaix cycle race came to an abrupt halt as a train passed through the race path. (Photo: Screengrab)

Mumbai: Although not often, we have seen cricket and football matches being halted because some spectators turned nasty by throwing bottles, lighters or things that may physically hurt players. If that’s not enough, even streakers had done their bit to bring various sporting events to a standstill.

When a naked woman, man ran havoc on cricket field

However, recently a bunch of athletes were asked to stop the game as a train decided to abruptly stop the game.

During one of the toughest cycling events, the Paris-Roubaix, the race was halted as the path of the race crossed the rail track. The police, seeing one of the fastest trains in the world; TGV, passing by, had to stop the cyclists. 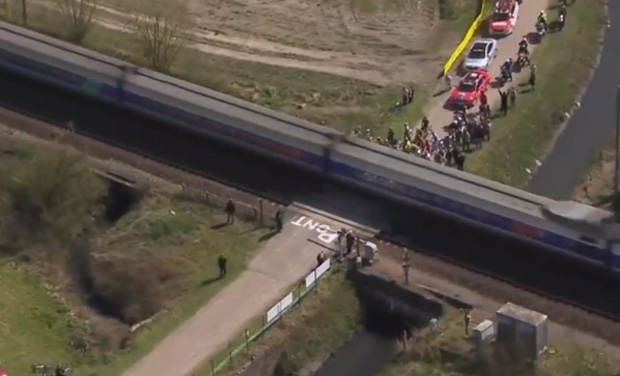 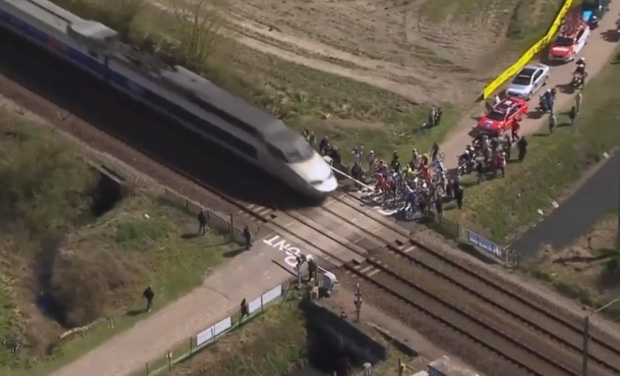 Check out what happened.

■When a naked woman, man ran havoc on cricket field
■FINE LEG: 5 cricket sex scandals that will shock you