The ever so cool Gambhir, who smashed 57 in just 43 deliveries, had to do it with two bats. A forward defence by Gambhir to Vinay Kumar's delivery broke the KKR captain's bat in half, leaving just the handle in his hand. This was just the moment social media was waiting for and in particular, India’s star all-rounder Yuvraj Singh.

Yuvraj Singh, who is a part of Delhi Daredevils in this IPL, was seemingly in splits watching a broken bat in the hands of Gambhir.

Watch: 'I would have slapped MS Dhoni, had I been a journalist'

After Yuvi took a dig at Gambhir, Twitteratti started sharing pictures of the broken bat and some hilarious comments on the incident.

Gambhir's bat is made in China. #KKRvMI

Rohit Sharma’s 98 proved to have no impact on his side as KKR chased down MI’s target of 169 with seven wickets remaining and nine balls to spare. Gambhir, Suryakumar Yadav and Manish Pandey were the major ones who wrecked havoc for the opposition. 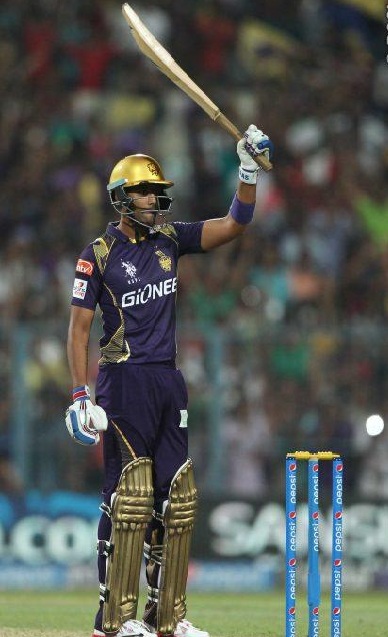 This is not the first time however, that cricket has seen such ‘bat-breaking’ moments. In the recently concluded ICC Cricket World Cup, Sri Lankan verteran Mahela Jaywardene faced a similar situation when the island country were up against minnows Afghanistan.

Afghanistan’s ace pace bowler Shapoor Zadran might have shattered the woodwork many times but little did he know that the 136kph back-of-a-length ball that he delivered would be met with Jayawardene just holding the handle of the bat. 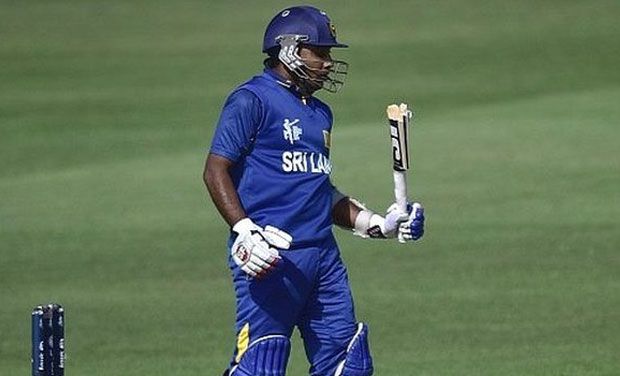 Earlier during the Ashes 2013-14, Australian pace bowler Ryan Harris faced a rather bizarre moment when his delivery saw Michael Carberry defending on the front foot only to see the blade brake open in two halves.

And to add to the insanity, Harris actually wanted to keep the broken bat and frame it but his dream was short-lived as the Bradman Museum at Bowral (Australia) took the souvenir for keep’s sake.

■WC 2015 SL vs AFG: Shapoor Zadran does a Ryan Harris
■Watch: 'I would have slapped MS Dhoni, had I been a journalist'
■Yuvraj Singh ‘got nothing to do with statements coming out in the media’
■IPL 8 KKR vs MI: Gautam Gambhir (57), Suryakumar Yadav (46) power KKR to 7-wicket win

Ganguly may undergo another angioplasty in 'few days or weeks'