Hyderabad: Ace Indian mountaineer Malli Mastan Babu’s lifeless body was found today in the Andes that he had hoped to conquer.

Rescue operations were relentless since March 24, the day Mastan Babu went missing in the Argentinian side of the mountains.

The news of his death was confirmed by Umashankar Kopalle -- originally from Hyderabad but now based in Illinois, USA. Kopalle had created awareness about the rescue operations on social media.

His body, unfortunately, could not be brought from the mountains due to bad weather. Mastan Babu’s friend Naresh Meena said: “He is at a spot too high for us to reach. We shall need the government’s help to bring him down.”

There is no protocol per se when mountaineers die in their journeys. It now depends on India and Chile to coordinate the process.

Rescuers haven’t been able to fathom what eventually led to Malli Mastan's demise, whether it was an injury or inability to survive bad weather.

Earlier today, the Facebook page 'Rescue Malli Mastan Babu’ -- which was set up by friends and well-wishers and relentlessly covered rescue operations – put up a post that seemed to say it all. The message read: “Mountains retained its favourite child. RIP Malli Mastan Babu".

40-year-old Babu came from Nellore in Andhra Pradesh and has close to 10 to 12 years of experience climbing mountain peaks.

Babu began his expedition on March 24. He was attempting to climb the mountain range along the Argentina-Chile border from the base camp of Cerro Tres Cruces.

He made contact last on March 24 with Argentina’s Hernan Augusto Prajon, who was leading the rescue group.

However, he did not return to the base camp on March 25. His friends and fellow climbers tried establishing contact with him, but his GPS device too could not be tracked.

Read: Malli Masthan Babu is lone climber who is an inspiration to many

Rescue team comprising of Babu’s friends and alumnus of Sainik School, NIT Jamshedpur, IIT Kharagpur and IIM Kolkata expressed grief over his death saying friends and family stand together in remembrance of one of the world's finest mountaineer and India's national hero.

“With profound grief we break the sad news of our dear friend and one of the world’s mountaineering legend Malli Mastan Babu's demise. Malli was on a solo attempt to summit Tres Cruces Mountain in the Andes to hoist the Indian flag one more time. He began for the summit on March 24 and was to return the same day. However, the weather turned extremely bad followed by heavy snowfall because of which Malli could not make it back to the base camp. An extensive private search and rescue operation was launched with the help of Malli's mountaineering friends and funded by his alumni network,” read the statement. 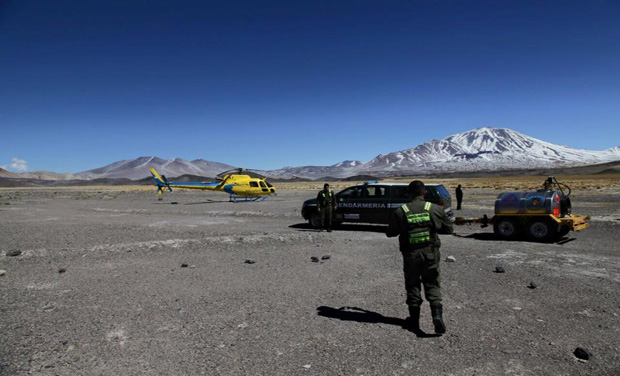 Statement further read, “We appreciate the efforts by the governments of India, Chile, Argentina and Andhra Pradesh for their support to the rescue team. We appeal to the Indian government to support us in getting his mortal remains back and give him a final send off with full honour befitting a national hero.”

Around 90 per cent of Malli Mastan Babu’s expeditions have been solo. Groups are considered safer for such expeditions, even in communities of bikers and trekkers, because the members have each other’s backs. When Mr Babu was not going solo, it meant that he was leading a group of people. He himself had admitted that scaling the Himalayas had been tough. He was even injured during the expedition.

Babu carried a Garmin GPS, but he never uses it as he is well-versed with the terrains of the mountains. In fact, the rescue teams even called up the Garmin CEO for help with tracking him. But they were informed that the equipment only received and did not transmit. When Mr Babu was asked on a radio interview why he preferred to go on solo expeditions, he had said: “because it would be difficult for others to match my pace”.