GAME CHANGER: After OnePlus One, the DR-1 is next

Now this does not look like a smartphone or a gaming console at all. So what is it?

Drones are the next big thing in play, security and productivity. With a lot of Chinese drones already out there, who needs more? Well, it does look like big brands now want to share space with almost all electronic things that work at home and outside. Tech giants, such as LG, Samsung, Panasonic and a lot more, are already into consumer electronics as well as personal gadgets, such as smartphones and tablets.

Well, drones are the next big platform that the tech giants are gambling on. Recent rumours about Apple and Xiaomi entering the market with drones next has already hit the news. And now, OnePlus, the year-old company which created a storm in the market, only to disrupt the smartphone industry, has announced a drone to start selling next month. Well, not officially, but the information spilled out on Reddit. 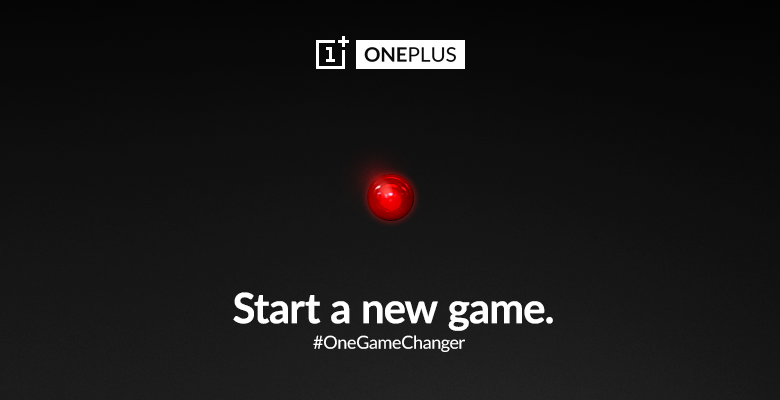 OnePlus has been teasing their fans with a post named ‘Game Changer’ with a man spreading out his hands to an invisible controller. Many thought it would be the OnePlus Two with a better camera or display, but the teaser gave a hint at something that could be a console. It also seemed like a possible gaming console with a smartphone-like hardware or a simple portable hardcore gaming console. However, the next teaser gave out another hint, which scrapped previous speculations about the product. This time it was something big with a red cloth covering it. Now this does not look like a smartphone or a gaming console at all. So what was it? 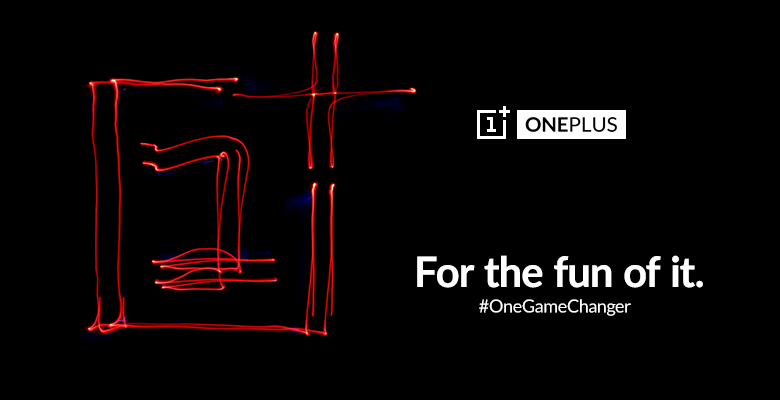 Global Director of OnePlus, Carl Pei was at the MWC 2015 where GSMArena ran into him. He shared information about a new product, which could be a game changer, hinting that OnePlus is experimenting with a new category. So it definitely was not a smartphone after all. However, he did not give out any good details. 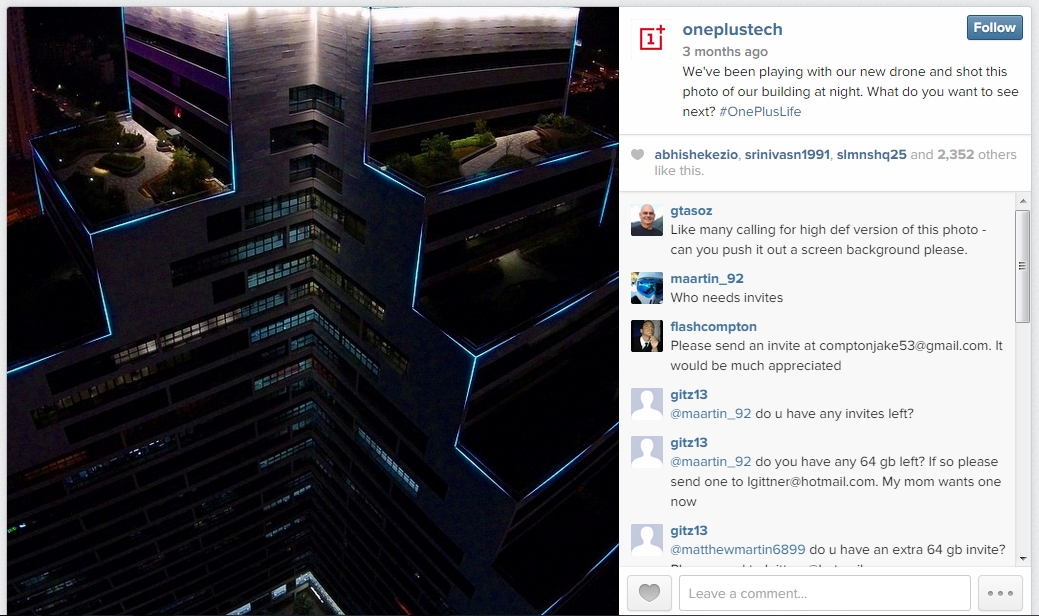 A few weeks back, OnePlus, on their Instagram page, leaked out a post with a photo and a statement that they were playing with their ‘new drone’ and snapped a photo of their building from outside at night. The photo looks cool and shows off their drone capturing good images at night too. This could only mean that they were testing out their new drone and its camera capabilities. If the OnePlus One had an excellent camera, so the same camera be used in the drone. 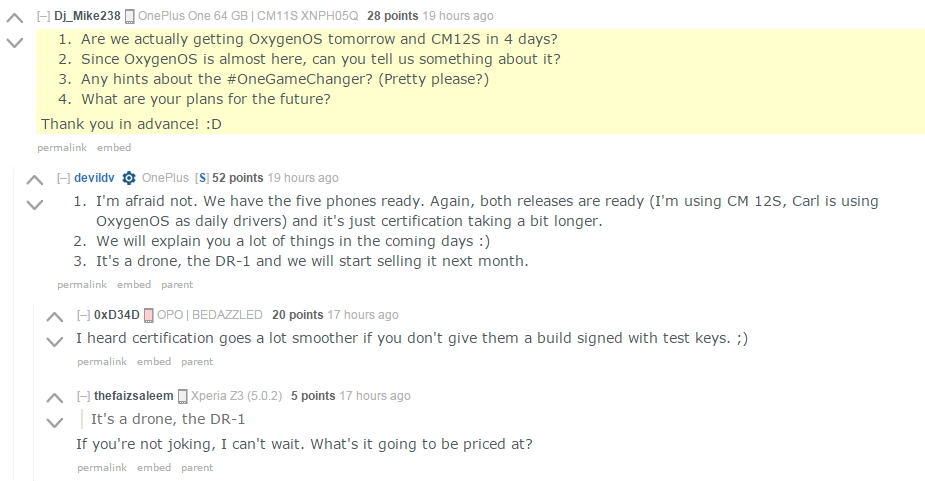 On the Reddit forum, OnePlus gave out the surprise and possibly ruined it for the company. Devildv mentioned about the drone in a reply to another user about the firmware update for the OnePlus One (CM 12S and OxygenOS) being delayed for certification. He mentioned that they were launching a drone and will be selling it next month. The drone will be called DR-1. There has been no mention about the prices and launch dates as yet. 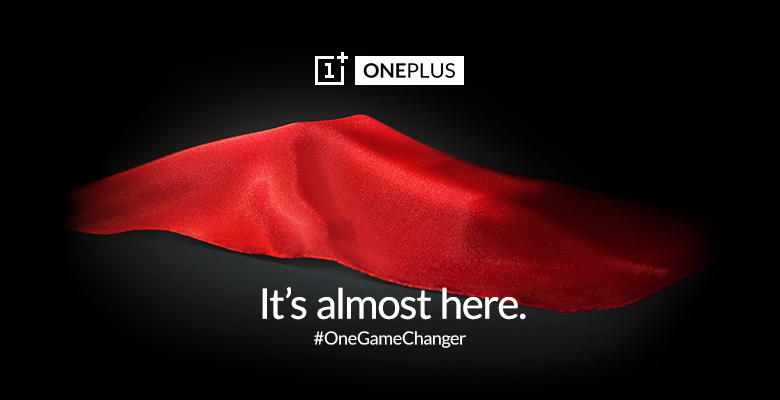 As for the last teaser (above), it does look like the controller in the back with the drone in front, all covered under a red silk cloth.

But for sure, the firmware for the OnePlus One handsets, the CM 12S and OxygenOS will be delayed. So as promised, OnePlus has kept five handsets to give away as they committed earlier.