Bowral: If you are a cricket devotee then an Australian sojourn is never complete without a visit to cricket's ultimate pilgrimage, Sir Donald Bradman's village Bowral, where he spent 17 formative years of his life.

Walking around the village (it can also be termed as 'Bradman Walk') from Bradman Oval to Bowral Public school to his two houses where he had stayed before his Test debut, it seemed that even after 87 years since Bradman left the village as a 20-year-old, his presence is felt in every nook and corner of the village.

An hour and 40 minute drive from Sydney is required to reach Bowral. As usual the drive down the Australian highway filled with greenery on both sides automatically lifts one's energy level. 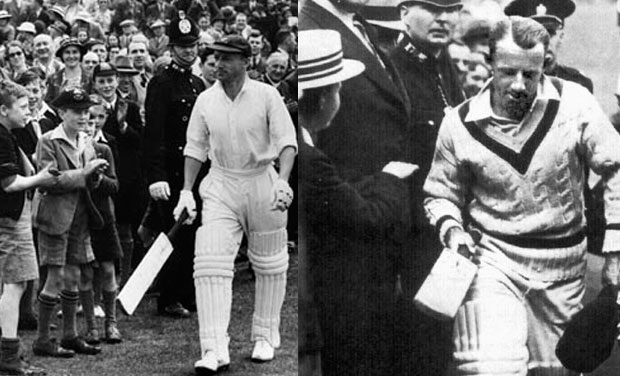 By the time you hit the gates of Bradman Oval, a small picturesque ground in the heart of village, you feel united with Bradman's spirit. It's difficult to believe that you are standing on the same ground where the seeds of greatness were first sown in early 1920's.

This is the ground where Sir Don first hit a century in Grade Cricket. One of the many he would hit in the next 25 years in competitive cricket.

Once you enter Bradman Museum, which was inaugurated by the great man himself in 1989, it seems that one has been made to sit on a Time Machine some 70 years back.

As you walk down the museum, lies a handwritten two line note written by the Don on December 10, 1928, which reads: "If it's difficult, I will do it now. If it's impossible, I will do it presently."

If one checks the statistical archives and tallies with the date of the note, one will find it was written between the first and second Test matches of his career. He failed in the first Test match and got 79 and 112 in the second Test. May be that little note was to charge himself up.

The caps and the Blazer, the life size portraits and the picture of the 1948 Australian cricket team better known as "Bradman's Invincibles" is steeped in tradition.

Also present is a rough first manuscript of his book 'Farewell to Cricket'. Once you get out of the museum, you walk around 20 Glebe Street and 52 Shepherd Street, the two homes where Bradman lived during his time in Bowral.

The Glebe Street home is where curator of museum David Wells now stays while the Shepherd Street residence has been sold and a family resides there. Incidentally a plaque at Glebe Street will tell you that Bradman assisted his father in construction of the old fashioned thatched roof house with traditional red-brick design.

Richie Porte wins Tour Down Under for the 2nd time

Humbled to be named for Padma Shri, Rani Rampal says