Congress gains edge in neck and neck fight with BJP in Himachal
LIVE !  :

Basketball in the time of gang wars, Dawood Ibrahim

The Nagpada basketball court in Mumbai (left) has produced international players; Legendary Indian hoopster Gulam Abbas Moontasir (extreme right) - being one of them - said how the sport saved many from going astray in the area. (Photo: DC/ file)

Mumbai: In a small lane, near Nagpada police station, on 2nd Peer Khan street, stands a building named ‘Mustafa Manzil’ – the seventh floor of which is home to veteran Indian hoopster Gulam Abbas Moontasir – the former India captain and an Arjuna awardee. He is 73 now, but basketball still brings a sparkle in his eyes.

The area – adjacent to Dongri and Byculla – resembled a film noir frame at one point. Gunshots, bar dancers, criminals, police chasing thugs were regular sights. Though being the epicentre of the city’s mafia culture, it also had a flipside. Moontasir asserted how basketball united all – from working professionals, sports enthusiasts to gangsters.

So how did basketball emerge in an area infested with self-styled dons and taporis (rowdies)?

“There was an American missionary  (Nagpada Neighbourhood House) here. The Americans either play basketball, rugby or baseball. We didn’t have a ground for the other sports, so the red round ball became our best friend,” said Moontasir, who captained India in Asian Basketball Championship held in Bangkok in 1969 and 1975. 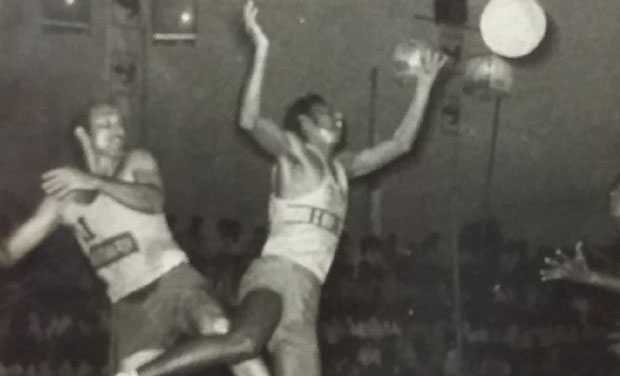 “The Americans used to play the sport and it caught the attention of the kids in the area. Mr Longfellow, the director of the missionary, introduced the sport to the localites in early 1950s,” he added.

With only two grounds in the area, the other being Mastan court, rivalry was imminent. The Mastan hoopsters used to thrash the Nagpada players initially. Later, it became even.

“The competition was like an India versus Pakistan match. Off the ground, we respected each other but once on the court, it was tough,” recalled Moontasir, who even had bootleggers in his team.

“Smuggling, gambling called the shots those days. One of my teammate was a bootlegger.

Every moholla had an illicit bootlegger. It was their profession. They used to carry it out smoothly and secretly but many of them were also basketball players.

“Once they got deeply involved with the sport, the crime took a backseat for some of them,” said Moontasir.

But the fracas was more towards Mastan side. Nagpada had a cosmopolitan crowd unlike Mastan where Asif Batla, Dawood Ibrahim, Chhota Shakeel were omnipresent.

According to local sources, they even played basketball with kids and never caused disturbance during a match.

But Mastan people have witnessed instances where basketball poles were chopped off with a saw following a scuffle. “At times, it also acted as an advantage. Having seen the goons’ mayhem from close quarters, we felt less threatened to face guys who were aggressive on the basketball court. We were not scared to take on any player,” said Moontasir, adding: “I’ve seen my elder brothers fight with local toughies outside the building. The dadagiri, hafta vasooli, knife and soda bottle fights were a regular affair.”

“I still remember one rowdie who used to dribble down wearing his lungi where he hid a knife. He used to warn the opponents while going for the target. Naturally, everyone used to step aside,” recalled Moontasir.

Dawood’s brother, Iqbal Kaskar – who was recently arrested for extortion and assault – happens to be Moontasir’s neighbour.

Asking how does it feel to be surrounded by most wanted names, he said: “We never bothered much. Nobody wants to take the risk of knowing them personally. What if somebody conspires to shoot him and ends up killing a normal human being like me in the process? 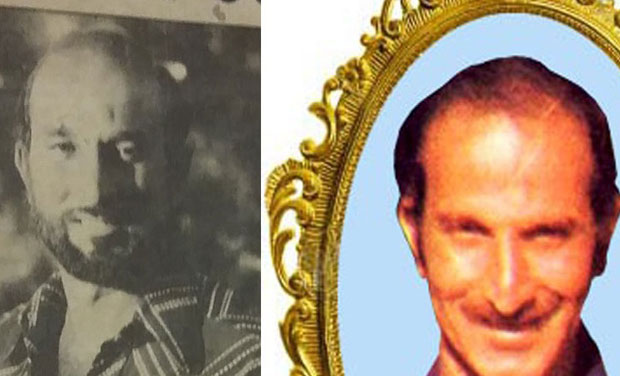 Once he came to a basketball tournament (self-invited) and stood on the dais where I shook hands with him. That’s about it.”

But surprisingly, the sport’s popularity faded along with the gangs. Ramu Memorial Tournament – held in Indian Gymkhana, Matunga – used to have blackers selling tickets in the 1970s and 80s.

“But, now a days, nobody wants to go,” sulked Moontasir, who played his last match in the same tournament in 1990.

The crux of the story is that even the criminals from the area were interested in sports.

“Haven’t you seen Dawood on the stands during cricket matches in Sharjah? For people in this area, sports is addictive,” said Moontasir, who still relishes the Michael Jordan era in NBA.