New Delhi: Tech firm Zebpay on March 11 announced launch of its 'bitcoin' mobile wallet in the country. The wallet, which is in form of a mobile application, will help its user buy, sell and transact in bitcoins, which is presently valued at around USD 280 per unit at present.

"The Zebpay application is available on Android platform. At Zebpay people can buy, sell and transact in bitcoins. We are talking to 15 merchants in India who will accept bitcoins. Their names will be announced next week," Zebpay co-founder Sandeep Goenka said at launch event. 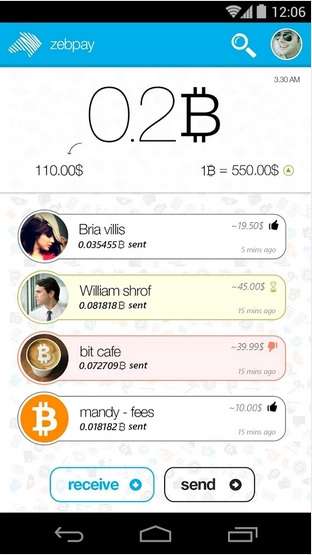 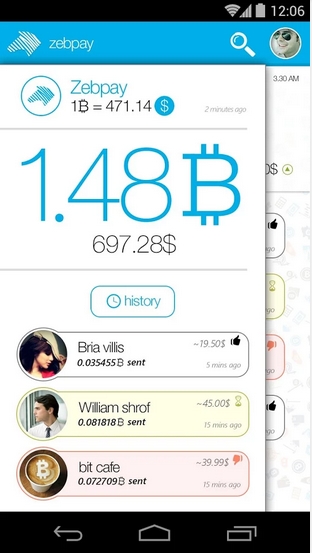 He said that company will launch the iOS version of application within 15 days. Bitcoins are digital money that are generated and their value is determined based on their demand and supply. "Only 21 million bitcoins can be generated globally and they can be traded even in fractions,up to eight decimals. Last bitcoin will be generated in 2140 but 99 per cent would be already there by 2040," Goenka said.

The Reserve Bank of India has earlier issued a warning against dealing in bitcoin and other virtual currencies due to various risks, including those related to money-laundering and cyber security, as such digital currencies are not backed by any assets or monetary authorities. Zebpay co-founder Saurabh Agarwal said bitcoin is like any money that resolves the issue of barter.

"There is negligible or no transaction cost involved. People buy it with their money which adds value. We are encouraging people to buy bitcoin starting Rs 100 from Zebpay," Agarwal. He said 60,000 merchants worldwide are accepting bitcoins and there are now 320 bitcoin ATMs from where people get cash against bitcoin value.

When asked about security of money put in bitcoins and whom can users can approach if there is breach of trust, Goenka said "Every law of applies on us. Like if you order something online and you don't get return, you approach police or court. Same applies in our case as well."