Professor Annette Beck-Sickinger, the professor at Leipzig University who rejected the Indian student an internship, expressed regret after her emails refusing the Indian man surfaced on social media, causing a wave of anger. (Photo: www.uni-leipzig

New Delhi: A professor in Germany on Monday apologised for refusing an Indian male student an internship because of his country's "rape problem", after the German ambassador to India condemned the incident.

Annette Beck-Sickinger, a professor at Leipzig University, expressed regret after her emails refusing the Indian man surfaced on social media, causing a wave of anger.

The incident prompted Germany's ambassador to India Michael Steiner to write a letter objecting to her "oversimplifying and discriminating generalisation" of Indian men.

Beck-Sickinger wrote in an email on Sunday that she did not "accept any Indian male students for internships" as she heard "a lot about the rape problem in India".

"I have many female friends in my group, so I think this attitude is something I cannot support," she wrote to the Indian student, whose identity has not been revealed.

He replied asking for the reasoning behind her "painful generalisations" and "hurtful words". 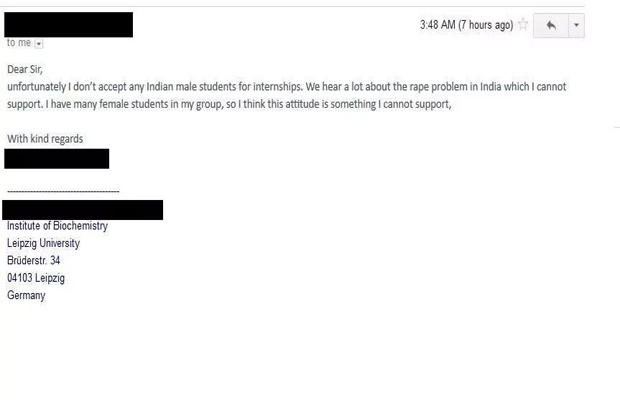 In a statement uploaded on the German embassy website, the professor apologised saying: "I have made a mistake. I sincerely apologise to everyone whose feelings I have hurt."

The incident comes after a government order to ban the broadcast of a documentary about the December 2012 fatal gang-rape of a young student in New Delhi has reignited debate on the safety of women in India. 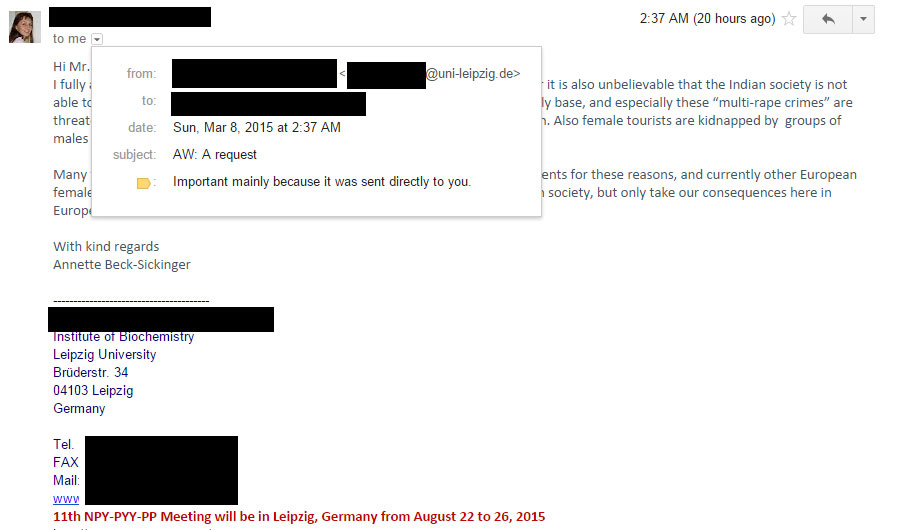 India has seen an outpouring of anger over the frightening levels of violence against women since the attack, which sent shockwaves around the world.

In his letter, Steiner asked the professor to "correct a simplistic image (of India) which - in my opinion - is particularly unsuitable for a professor and teacher". 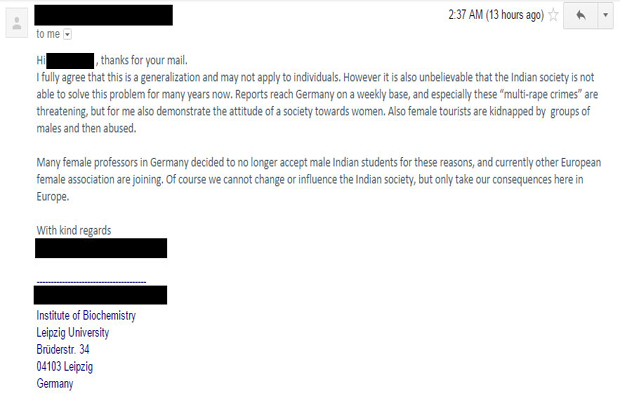 "Your oversimplifying and discriminating generalisation is an offense... to millions of law-abiding, tolerant, open-minded and hard-working Indians," he wrote in a letter uploaded on the German embassy website.

"Let's be clear: India is not a country of rapists."

Masks off, mortarboards on: Wuhan sheds Covid for mass graduation