We are over playing players and are over performing them: Sports scientist Shayamal Vallabhjee

Mumbai: He brings to the field 12 years of experience in the sports industry, working with the world’s best creative personalities and industrialists, and his expertise makes him a valuable consultant to any organisation that feels the need to re-structure their framework for sports development. EQ consultant and sports scientist Shayamal Vallabhjee has made an interesting revelation about South African run machine Hashim Amla on Tuesday.

“I was working with Hashim Amla and he was a young schoolboy cricketer - a very wristy, flair driven player. You find that he has this little swirl at the top of his back-lift before he brings the bat down and everybody, every single person at that stage had said, ‘He’s scoring runs now but he’s never going to last because he’s too wristy, he’s not technically correct. They had actually written him off and every time I see that guy score runs, it’s one of the happiest moments for me because he’s proven everybody wrong,” Vallabhjee, said on the sidelines of a leading shoe brand’s event in Mumbai.

Hashim Amla of South Africa celebrates reaching 300 not out against England in 2012 at the Oval. (Photo: AFP)

Recalling his days working with the South African cricket team, Vallabhjee, who is also a ultra marathon runner, once encouraged Amla to join in. “As an ultra marathon runner I ran the Comrades Marathon, which is a very famous race in South Africa and Hashim just scored his double hundred so I was sitting with him and told him, ‘Come and run with me. You’d be the first person to score a Test double hundred and run an ultra marathon. And he said, ‘When I score a triple hundred, I’ll do that.’ And immediately he did score a triple hundred. When he scored a triple hundred, he picked the phone and said, ‘You know what, I don’t think if I can run,’” Vallabhjee said with a laugh.

A sports scientist and performance analyst by profession, Vallabhjee has also worked with the Indian cricket team amongst numerous other clienteles. But according to him, fitness for the Men in Blue is not part and parcel of life.

“The most distinguishing difference between the South African cricket team and the Indian cricket team is the culture of fitness and the culture of perfection. South Africa always had that fielding edge over everyone else and (they) also are fitter than everyone else. The team prides itself on being the fittest cricket team, they try to save more runs as every run they save, they don’t have to make. With South Africa, it comes naturally. The Indian cricket team exercise but its not a natural extension of their lifestyle, they have to try, they have to go to the gym. As a South African, you grow up, you’re running on the field, you’re swimming, you’re surfing, the same situation isn’t here in India,” he said.

While the Indian cricket team has been away from home for the past four months, first playing the Test series, then the Tri-Series and now the ongoing ICC Cricket World Cup, Vallabhjee says in a way it’s good and here’s where the role of a sports scientist comes in.

“It’s not easy to be away from home. If the environment is set, which means if every single player doesn’t have his family there, then they find a better way to bond. I saw this in the 2003 edition of the World Cup, there was no family. So the team finds a way to merge, all the social and co-curricular activities involve the team. When you bring the family in, then everything becomes very dispersed as each person needs to spend time with their family." 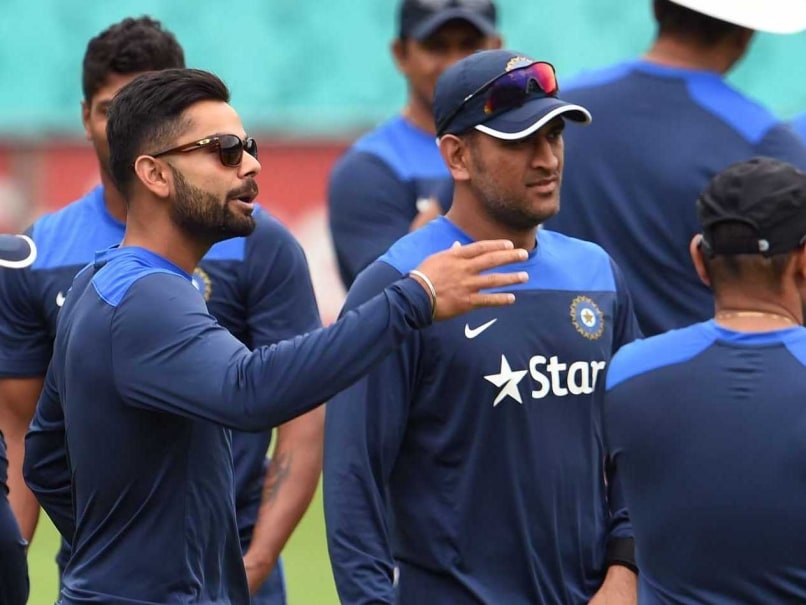 And here comes the question, why doesn’t the Indian cricket team not have a dedicated sports scientist like other teams?  “I cannot believe India has not picked up a sports scientist for the cricket team,” Vallabhjee points out, adding there’s no strategy when it comes to fielding the playing XI. “In a country of 1.5 billion people, we should have a rotational system in place where we are rotating all our players to prevent burnout more than anything else.”

“Look at the length of fast bowlers craze in India compared to anywhere else in the world, we’re much shorter. The percentage of fast bowlers that last as long is much smaller than anywhere else in the world – it’s purely because of burnout. One is the conditions we’re playing in and we are overplaying them and over performing them. As the quantity of cricket is going up, the burnout factor is far greater. The system should be kept in place like a rotational cycle where players get rotated,” he quipped.

So what exactly does a sports scientist do? “A sports scientist is not a strength and conditioning coach. He’s the person who’s looking at how to get performance enhancement gains, and small fractional gains, he’s the same guy who’s mind mapping the psychological, technical and physical components all together. A sports scientist’s job is to understand how much time each player needs to peak, so you’re bringing him into the system with enough time to peak,” Vallabhjee said.

Vallabhjee, who’s shared a personal rapport and has worked with South Africa players such as Dale Steyn, Morne Morkel, Lance Klusener, says such fast bowlers are born and cannot be coached.

“The psychology of a fast medium bowler and a fast bowler is chalk and cheese. They are absolutely different. Very few coaches in the world know how to coach a fast bowler. Most of them would just allow him to bowl fast and not coach him. Everyone is scared if they make any minor adjustment to the bowler, they may lose their technique or lose speed. Fast bowlers are born, they’re like 100 metres sprinters. You can’t coach them. They’re born and they’re naturally fast. It’s about how you manage them in your team. And the trick is at that level, its more personal management or player management. The secret to success in any team is diversity,” Vallabhjee said. Vallabhjee has been associated with numerous sports and the basic approach he adopts are the principles of exercise science. “When you’re training everyone, its irrespective of the sport, I try to apply the principles of exercise science to whatever and whoever I’m training. I try to dissect the sport down and understand exactly what’s required in that sport. I make sure the athlete has a good foundation and good cardiovascular fitness. I use periodisation, so I know exactly when I want my athletes to peak – what compositions, what we’re peaking for, when we’re going to peak and then we train accordingly."

"I adopt a 360 approach to lifestyle. I make sure the nutrition is in place, I make sure the training is in place. The recovery is important but paramount is the mental psychology of the athlete. I work very hard in making sure the athlete understand his strengths, weaknesses and is mentally prepared for what he needs to do,” Vallabhjee concluded.

With such kind of expertise available, one wonders why don’t Indian sporting organisations avail and make good use of such talents.