Is this dress blue and black or white and gold?

Mumbai: The Internet is divided over this one question — black and blue or white and gold? A photo of a dress posted on Tumblr is causing a crazy debate that has taken the Internet by storm. The photo seems simple enough. Posted by Tumblr user Swiked, it shows a dress — which appears to change colors from person to person. Some say it's blue and black. Others swear it's white and gold.

Do you see white and gold? Or black and blue? Lines are being drawn. Where do you fall? Kim Kardashian, Kanye West, Taylor Swift, Miley Cyrus, Justin Bieber and other celebs are also tormented by the dress :

What color is that dress? I see white & gold. Kanye sees black & blue, who is color blind?

I don't understand this odd dress debate and I feel like it's a trick somehow. I'm confused and scared. PS it's OBVIOUSLY BLUE AND BLACK 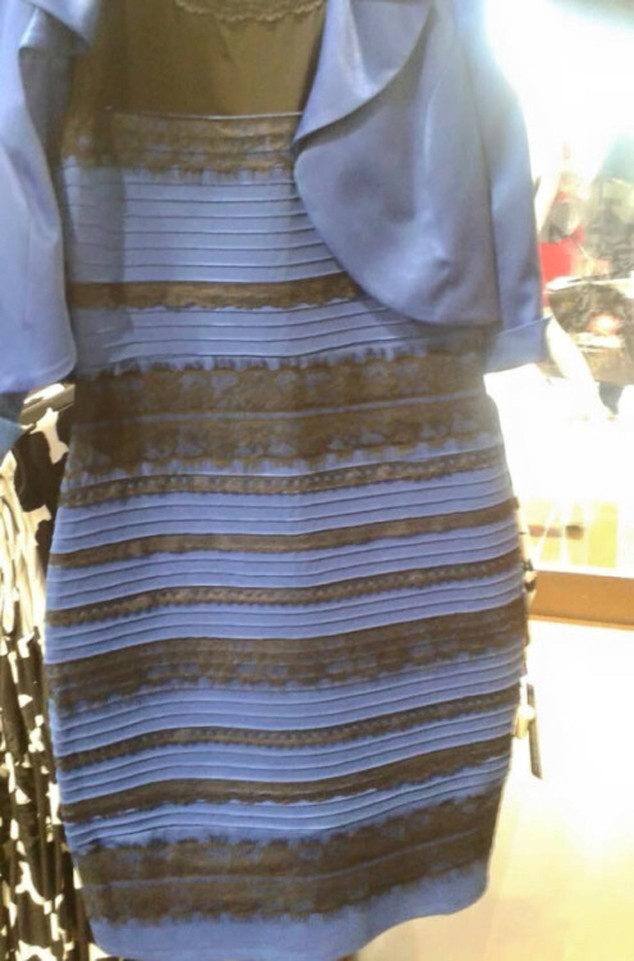