Neil was seen scurrying around the corridors backstage in a Birdman-inspired sketch. (Picture Courtesy: Instagram)

Los Angeles: Neil Patrick Harris won kudos Sunday for his debut outing as Oscars host, mocking the gala's lack of racial diversity and stripping down to his Y-fronts in a nod to "Birdman."

"Today we honor Hollywood's best and whitest. Sorry, brightest," the 41-year-old comic quipped as the three-and-a-half-hour gala, telecast worldwide, got under way. The deliberate slip of the tongue acknowledged the striking absence of non-white performers among this year's crop of Academy Award nominees. 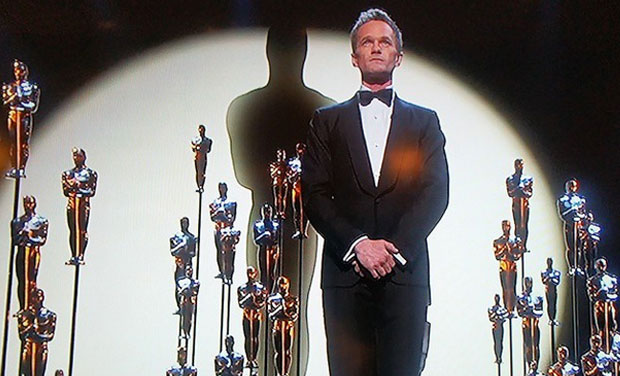 Neil Clearly relishing his Oscar duties, Harris went on to spoof Michael Keaton's underwear scene in "Birdman" -- which went on to win best picture -- appearing on stage in white briefs, black socks and nothing else.
"Benedict Cumberbatch," he said in another joke later in the evening, introducing the best-actor nominee for "The Imitation Game." "It's not only the most awesome name in show business, it's also the sound you get when you ask John Travolta to pronounce Ben Affleck." When "Citizenfour" won best documentary, Harris couldn't help making a play on words, saying intelligence whistleblower Edward Snowden "could not be here tonight for some treason." 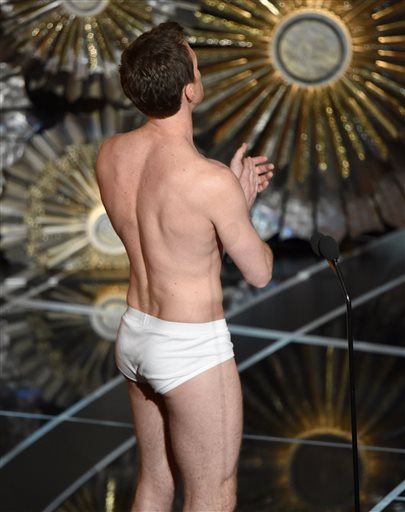 But not all Harris's gags worked. His bid to compare the box-office success of "American Sniper" to Oprah Winfrey's fortune fell flat, even if the talk-show diva took it in her stride.
On Twitter, he acknowledged the support of his gag writers toiling behind the scenes.
"I'm super appreciative for the group of writers we hired for my #Oscars content. If only they could write everything I say always. #proud," he tweeted. Among those praising Harris was Seth MacFarlane, whose 2013 turn as Oscars host was judged by many to be a shade too edgy for prime time.

"Fantastic as usual. There's nothing this man can't do brilliantly," the "Family Guy" creator said on his Twitter feed. "First impressions suggest Harris is the right guy for what can admittedly be a rather thankless job," blogged Variety television critic Brian Lowry as the awards ceremony was still under way.
It may have been Harris's first time hosting the Academy Awards -- and the first openly gay man to do so -- but he is an old hand when it comes to fulfilling emcee duties.
The New Mexico native is a four-time host of Broadway's Tony awards and twice hosted television's Emmy primetime awards.